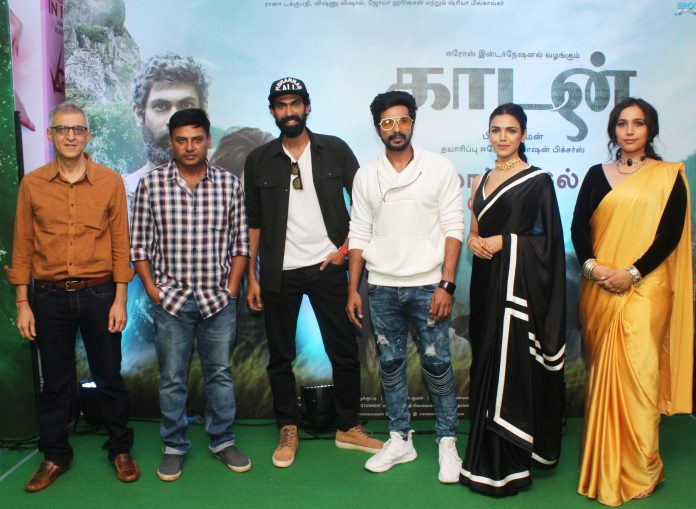 Eros International today unveiled the trailer of the most anticipated film, Kaadan with all pomp and grandeur in Chennai and Hyderabad. The entire cast and crew including Rana Daggubati, Vishnu Vishal, Shriya Pilgaonkar and Zoya Hussain along with the director, Prabu Solomon were present at the launch. The team showcased the trailer on 3rd March in Chennai and then jetted off to Hyderabad to showcase it on the same day. The adventure drama will be releasing in three languages – Tamil, Telugu and Hindi. Rana plays the protagonist in all three versions along with Vishnu Vishal in Kaadan (Tamil) and Aranya (Telugu) and Pulkit Samrat in (Hindi). The film also stars talented actresses, Shriya Pilgaonkar and Zoya Hussain in important roles. The film’s highlight is the special artiste, Unni the incredible elephant. 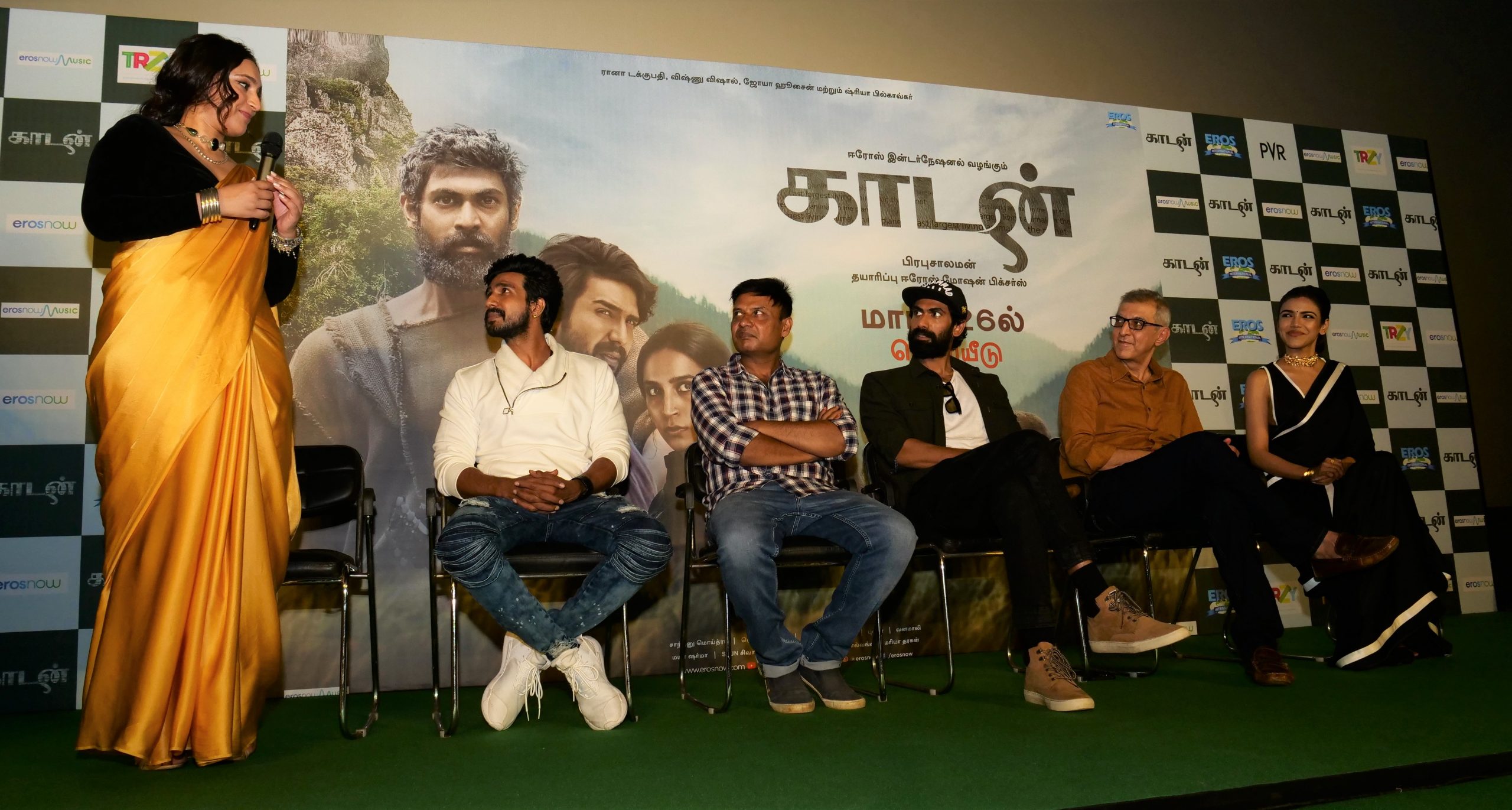 The makers chose to release the trailer on 3rd March as it happens to be World Wildlife Day in an on-ground event both in Chennai and Hyderabad adhering to strict covid precautions. This will be followed by a virtual press conference for the Hindi audiences on 4 March. Woah! Three city trailer launches within a span of 24 hours is a  bonanza for fans indeed!

‘Kaadan’ is a story inspired by multiple events and traces the narrative of a man (Rana Daggubati), who spends most of his life in the jungle, dedicated to protecting the ecosystem. Fans have been looking forward to this endearing tale of a special bond between a man and an elephants.

This will be a hat-trick for Rana as   Kaadan is the third trilingual film, post the mammoth Baahubali series and The Ghazi Attack, films that received immense love across the globe.

The film is directed by National Award-winning director, Prabu Solomon, an expert on films around wildlife. It is produced by Eros Motion Pictures, a division of Eros STX Global Corporation, an established leader in the Indian film industry with a track record of over 40 years.

The pan-India multi-lingual film Kaadan/Aranya /Haathi Mere Saathi will premiere in three languages on 26 March 2021. So, lock your date for a wild adventure. 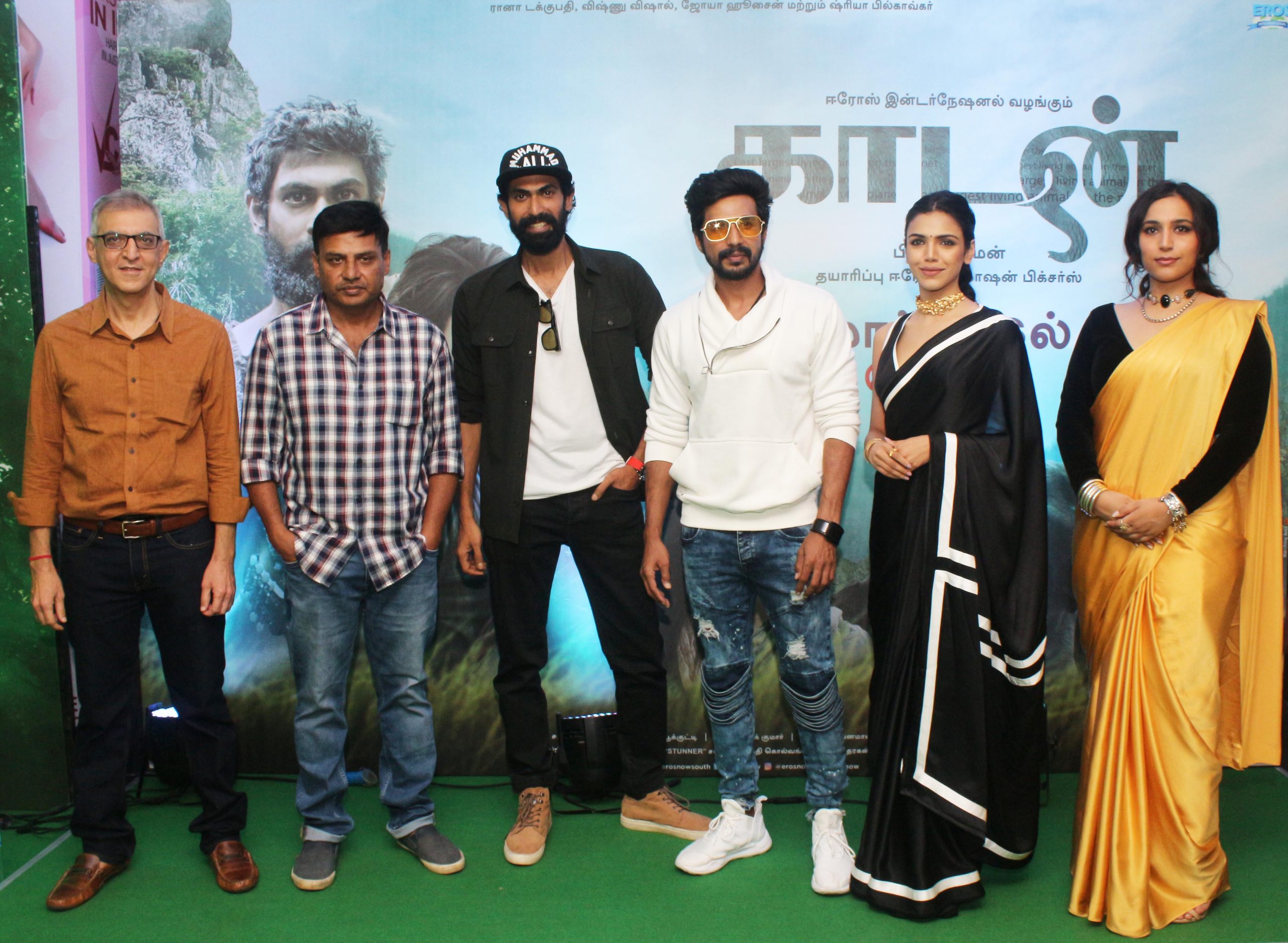