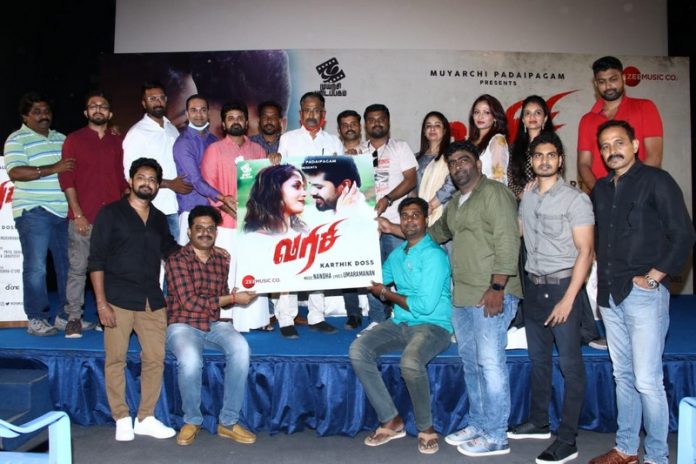 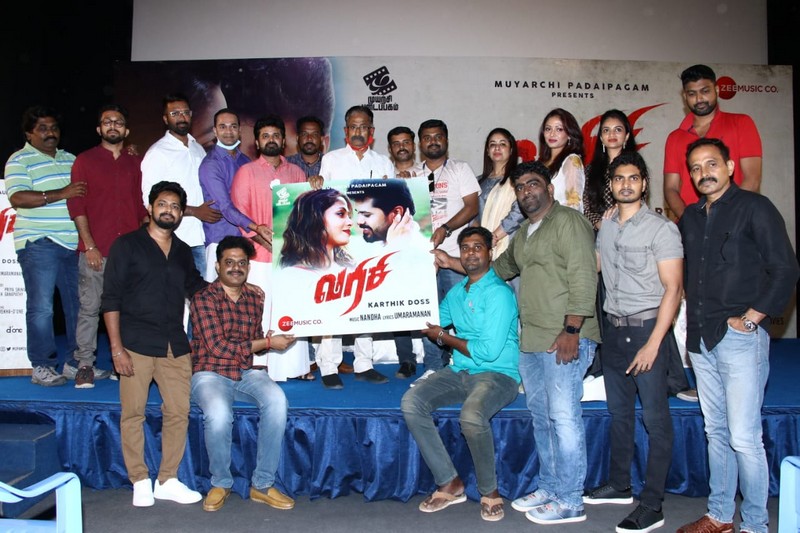 The audio launch of a romantic mystery-thriller set against a backdrop of serious social issues happened in Chennai. The occasion had the entire cast and crew enthusiastically taking part to share their wonderful and inspiring journey of working in this film.

Lyricist Ku Karthik said, “I am very confident that the entire team of Varisi will be reaching greater heights in the next few years and I can foresee such beautiful moments. Everyone in the team has done incredibly hard work for this film. I am seeing everyone here say that all the actors are newcomers, but they don’t look so as they have exhibited an unparalleled style of performance. I wish the entire crew for big success.”

Karthik Doss said, “As soon as choreographer Sharif got onboard, the entire colour of the movie changed. The songs have been presented very well and his Midas-touch has created so much magic. Actress Anupama has outstanding acting skills and her character is one of the prime elements in the movie. We all have worked together as a team to give something best of our abilities. We hope that audiences like the movie and make this film a good success.”

Actress Sapna Doss said, “This is my first experience in Chennai. What I love here is the people, who are lovely and amazing. I thank Karthik for making me trust in myself and create more self hopes that I will be able to give more life and soul to the character. I thank my entire team member for giving me the best support. Talking about the movie, I am sure, everyone will enjoy the movie. You’ll find lots of romance, thriller, and mystery that comes encapsulated with a social issue. What matters in life is love and Varisi will showcase this concept.”

Lyricist Uma Ramanan said, “We are happy with the reception of Assaulta song that was released last week. The songs in this album belong to different genres. director Karthik gave us more freedom, which helped us to give our best. I thank him for giving me an opportunity to be a part of this film. I thank music director Nanda for delivering beautiful music.” 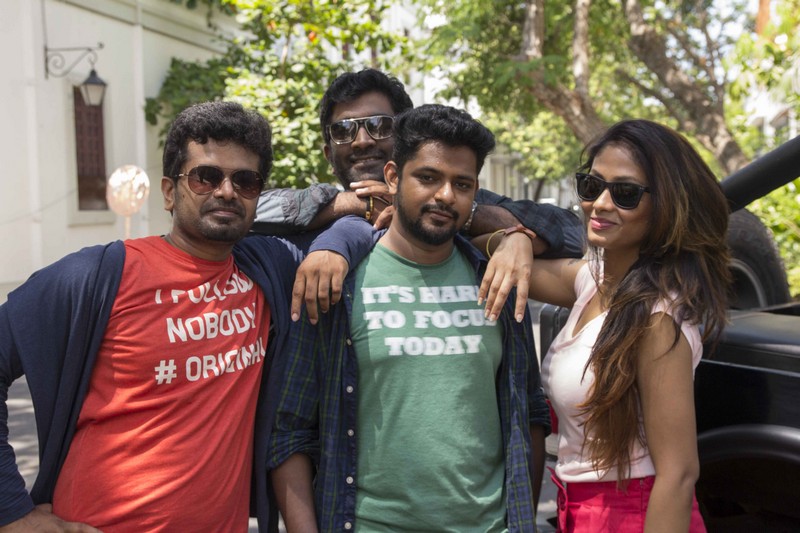 Music Director Nanda said, “I thank Karthik for trusting and giving me an opportunity. I have worked in short films and this is a breakthrough for me.”

Actress Jayashri, “I want to thank Balaji. It’s because of whom, I got this path. I thank him for recognizing me. I thank Karthik for trusting me that I could play Subiksha very well. Every time, I had a conversation with Karthik, my confidence level kept escalating. I thank Avis for being such a good co-star. Everyone is new in the sets, but it was a great learning experience.”

Actor Avis said, “Varisi is a long-run dream for every one of us in the team. It was prevailing from the days of our short film. The film has come out very well. As a team, we have given our best with scrutinizing efforts to make sure that the final output is good. Everyone has exerted the right hard work that the film demanded. I have done one of the lead roles in this movie that comprises four chapters. Jayashri is my co-star. She has done marvelous work. Karthik Doss is a fabulous director and it’s out of his trust and hope that I am here.” 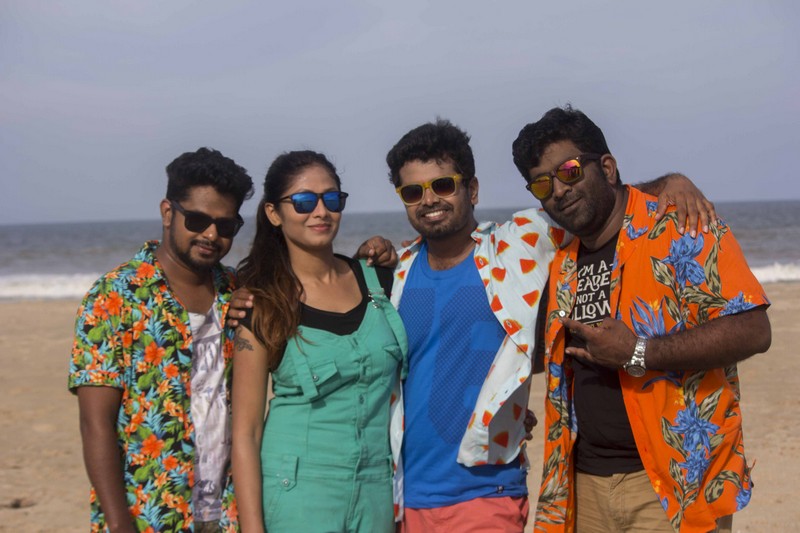 Actress Tushara (Her sister Tuhina spoke on her behalf) – “This team of Varisi is very special to my sister. Karthik and Balaji have been a great support to her. The hard work and sweat of everyone in the film have come to an important stage here. This is not their first project together and they have already worked together on a short film. Tushara’s association with this film has been a greater experience. I am very glad that she got an opportunity to be a part of this movie.”

Actor Krishna Kumar said, “The entire show belongs to one-man show – Karthik Doss. This is the result of his patience, hard work, and persistence. I have known him for 8 years and we together worked in a short film Vizhi. He is very well versed with the art of handling the team and resources is inspiring.”

Balaji said, “Myself and Karthik have had lots of healthy discussions. We have worked on lots of scripts and Varisi will be a wonderful treat for a romantic thriller mystery film. It is a socially responsible film. We all come from the IT industry and have come across many issues faced by women. At the same time, the story will have a beautiful love story. Karthik Doss is a powerhouse talent and he will be shining like one of the best directors in the industry soon.”