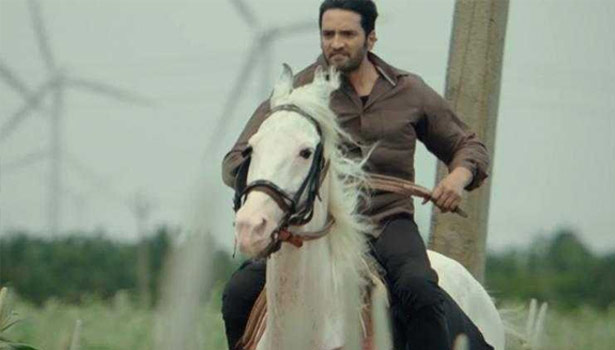 The teaser of director Manoj Beedha’s ‘Agent Kannayiram’, which features actors Santhanam, Riya Suman and Sruthi Hariharan in the lead, has garnered over a million views on YouTube within a day of being released.

The film, which has raised expectations among fans and film buffs, will have Santhanam testing new waters. The actor plays a detective in the film, which promises to be a laugh riot.

Director Manoj Beedha, while releasing the teaser of the film on his Twitter handle, said: “Santhanam sir is someone who is very cool and very sincere and that’s why he is where he is today. Happy birthday sir, this is my gift to you. May you entertain more and more people!! I loved every bit of directing agent Kannayiram.”

The director also went on to tell audiences: ” We’ve broken some rules of a Santhanam film, taking it into a different territory.”

Actress Riya Suman, who plays one of the leads in the film, responded to the director’s tweet, with a tweet of her own.

Quoting Pablo Picasso, she said: “Ha! Sure broke quite a few rules there, because as rightly said: ‘Learn the rules like a pro so you can break them like An Artist!'”

The film, which has music by Yuvan Shankar Raja, features a host of comedians including Pugazh, Munishkanth, Redin Kingsley and E Ramdas.