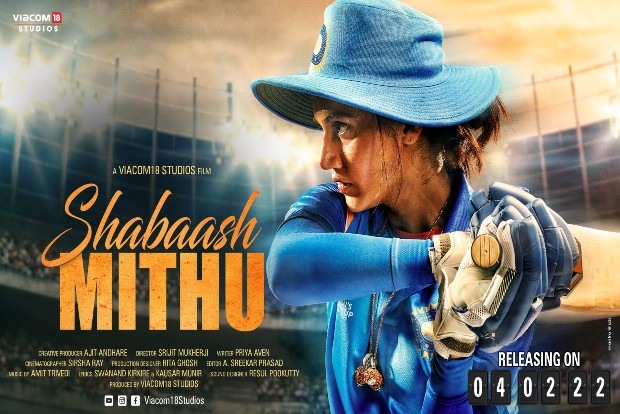 “‘Shabaash Mithu’ is a coming-of-age tale of women’s cricket in India as witnessed by the most successful woman cricketer. It will chronicle the highs and lows, setbacks and moments of euphoria of Raj’s life,” the official synopsis of the film reads.

ONE GIRL with HER CRICKET BAT has shattered world records and stereotypes.
You’ve done it all Champ… Happy Birthday Mithu @M_Raj03 🥳#ShabaashMithu in theatres on 4|02|2022.@taapsee @ActorVijayRaaz @AndhareAjit @priyaaven pic.twitter.com/WA9VXn7Wq3

The film, written by Priya Aven, went on floors in Mumbai in April and the team wrapped the shooting last month.

Some portions of the film have been shot at the iconic Lord’s cricket ground in London.

Seasoned actor Vijay Raaz will be seen in a key role in the film.