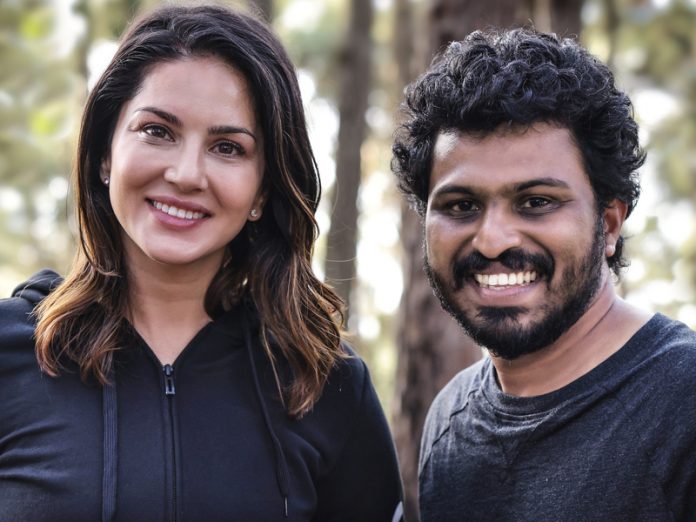 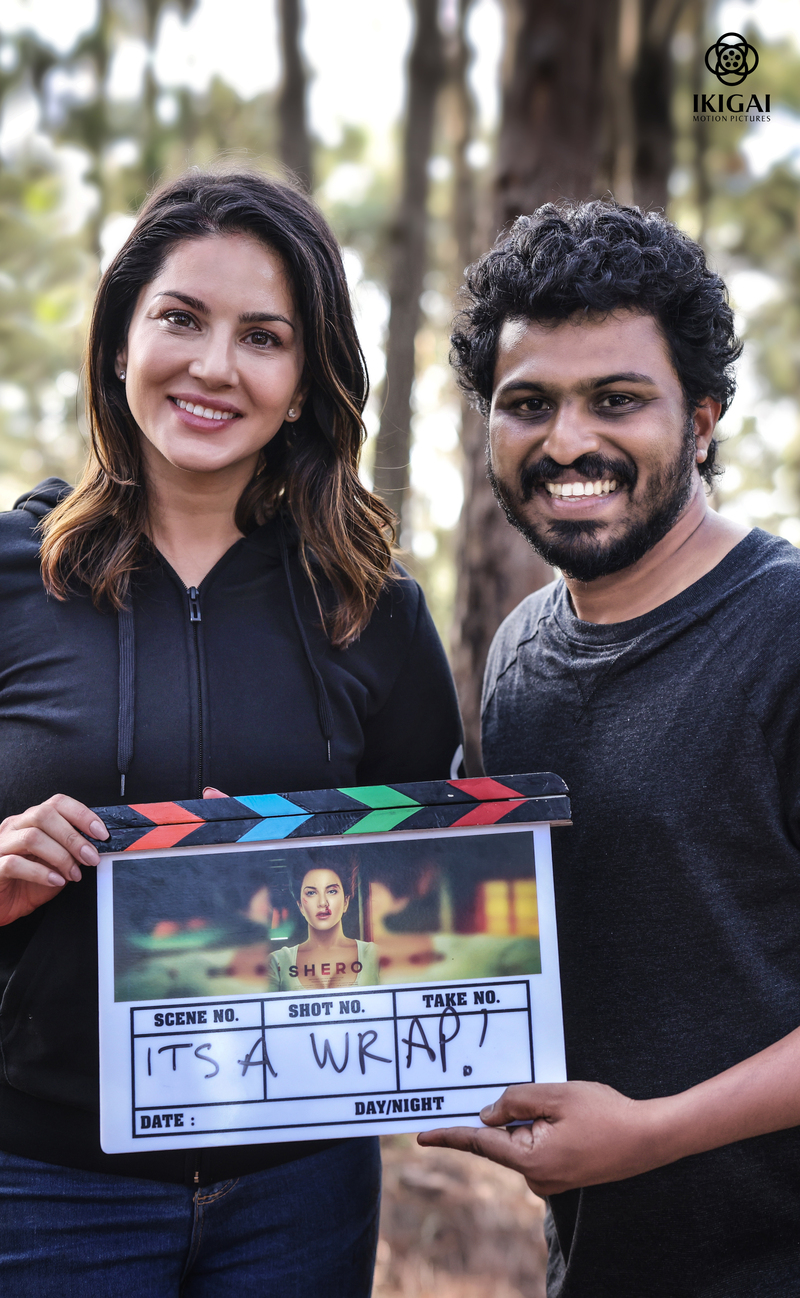 The director of Sunny Leone’s multi-lingual Shero – Sreejith Vijayan – in a recent interview couldn’t stop raving about her hard work in the film. It’s thus no surprise that when the actress recently wrapped the film, it was an emotional moment for the whole unit. The film is simultaneously being made in Tamil, Malayalam, Hindi, Kannada, and Telugu recently finished its principal shooting. Sunny took to social media to announce the film’s wrap with a clapboard, posing with Sreejith.

The film is a psychological thriller that has Sunny play the character of Sarah Mike, US-born woman with roots in India. The film traces the story of a chance holiday and the chance happenings on it forms the narrative. It’s a psychological thriller which Sunny shoulders single handedly with her performance. Action is another crucial element of the film and for it, the actress trained and prepped extensively, doing all the stunts by herself.

Shot in Munnar and other parts of Kerala, Sunny believes it’s a defining part for her. As she wrapped the film, she tells us, “There are movies that  challenge you and make you want to push yourself harder. Shero is just that film for me. I wanted to nail it to the tee. From the performance, to the action, to learning the language, it was a film that I was completely consumed by. We shot in such picturesque locales of Kerala and it is by far one of the most interesting films I have ever done in my life.”