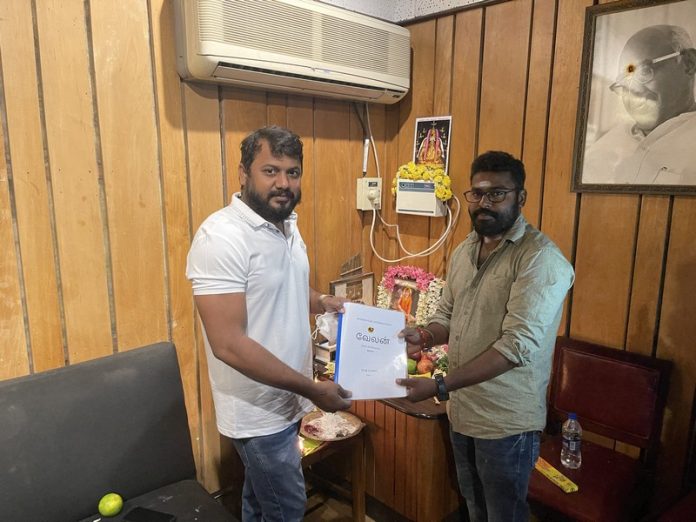 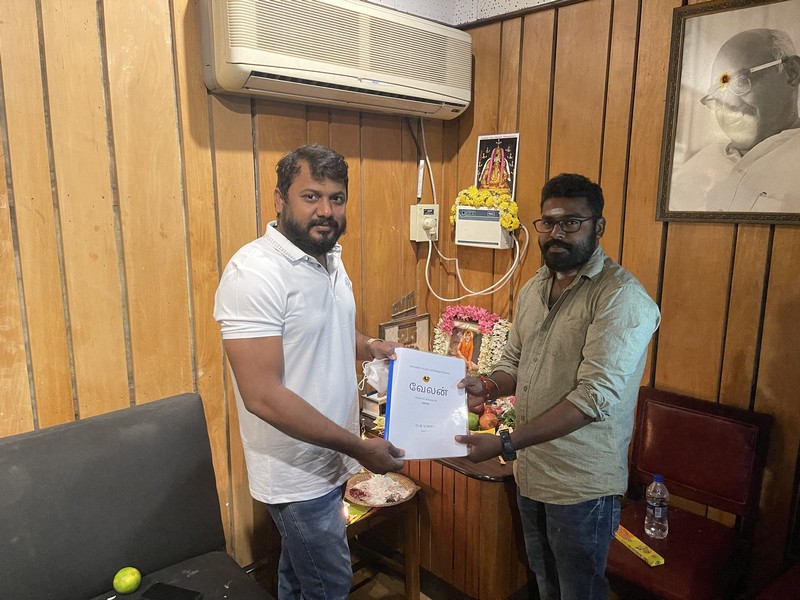 Sky Man Films Kalaimagan Mubarak’s maiden production ‘Velan’ directed by newcomer Kavin is proceeding at a brisk pace with its postproduction phase now. The entire team had completed the shooting exactly as they planned and now they kick-started the dubbing works today with a simple ritual ceremony.

Producer Kalaimagan Mubarak, Sky Man Films says, “I am glad that the whole process of Velan is smoothly proceeding as assured by director Kavin. I am happy with the way; our film is shaping up. We will be soon completing the postproduction work. We are looking forward to a perfect occasion for the launch of the first look, motion poster, audio, trailer launch followed by a worldwide theatrical release.” 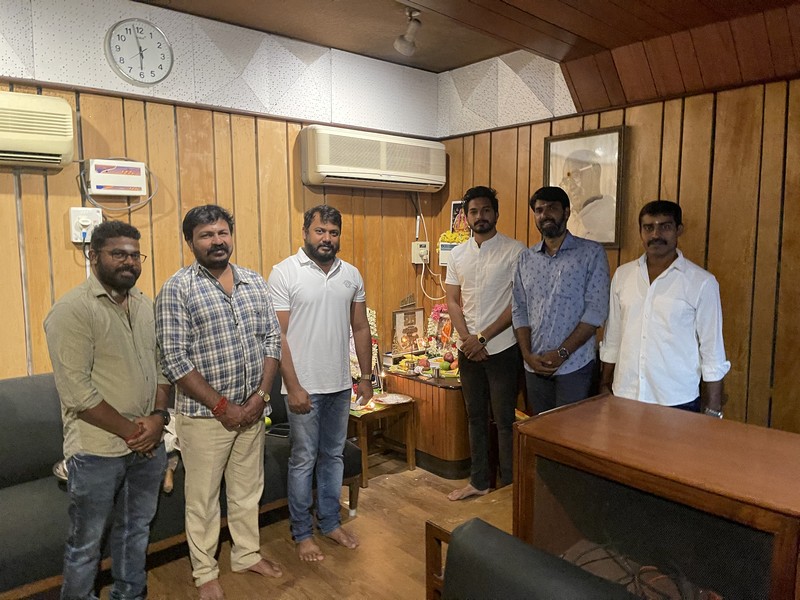 Mugen is playing the lead role in this movie with Meenakshi as his love interest. The others in the star-cast include Ilaiya thilagam Prabhu , Soori, Thambi Ramiah, Harees Peradi, Sri ranjani and Sujatha. Kavin, a former associate of director Siva is embarking on his directorial journey with this film.