Vaibhav-Palak Lalwani starrer “Sixer” had the entire team interacting with press and media this evening. The event commenced with the screening of trailer, which was loaded with unlimited fun and entertainment followed by couple of songs that received good response. Here are some of the excerpts from the event.

Actor Vaibhav said, “Sixer is a very special film to me for it has unique story premise with director Chachi having written the script neatly and presenting it with good package. First and foremost, I would like to thank the producers Dinesh Kannan and Sridhar of Wallmate Entertainment for believing in this script and getting it materialized. We all owe a lot to producer R Ravindran sir of Trident Arts for making the process of film’s release easier. I don’t want to say stereotypical things about Satish for we are all friends and it wouldn’t be nice to give the routine praises. Palak Lalwani has been a very good co-star and Ilavarasu sir was so gentle throughout the shoot. I am sure that Sixer will be a delightful experience for the audiences in the theatres. Director Chachi will definitely get acclaimed as one of the best commercial successful filmmakers in Tamil cinema.”

Director Chachi said, “Initially, while approaching Vaibhav, I was little doubtful whether he would hear the complete narration. There were hearsays that he would listen hardly for 10-15 minutes, but I was totally surprised as he patiently made it smoother for nearly one and half hour. Although, there were some producers ready to produce the film, he advised and assured me of getting the right producers, who would be appropriate for a film like “Sixer” and finally got them as well. I can’t stop thanking our producers Dinesh Kannan and Sridhar of Wallmate Entertainment for their support has been great. Satish spreads special energy boosting everyone on the sets with his presence. We all get boosted, when he is there on the shooting spot. I thank Ilavarasu sir for his heartiest blessings and wishes for my success.”

Actor Ilavarasu said, “There have been projects that I have worked with young filmmakers, but this is the first time, I am seeing such young producers. I could see that their passion for films is insatiable and wish them, lots and lots of success in their production venture. Vaibhav is so much talented and his performance on the shooting was really amazing.”

Actor Satish said, “I am so happy about the way Vaibhav is choosing his scripts. I am completely confident that Sixer will offer wholesome entertainment to the audiences. With such an ambitious drive for producing more films, I am sure Dinesh Kannan and Sridhar of Wallmate Entertainment will continue to make more and more movies.”

Producer Dinesh Kannan of Wallmate Entertainment said, “Vaibhav is like a brother to me and I have an unconditional thanksgiving for him for making this project happen. Director Chachi is a pure soul and it has reflected very well in the film through his story premise, packaging and delivering perfect entertainment. Soon after the film’s release, I am sure, he will be celebrated as one of the prominent commercial filmmakers.”

Producer Sridhar of Wallmate Entertainment said, “We were completely engrossed with the script of Sixer by the first time Chachi narrated. In fact, it was really amusing to see the clarity the script had. Vaibhav has been a great support as a friend across years and now to be collaborated with him is a special delight for us.”

Actor-Director RNR Manohar said, “To make a simple comment on Sixer, the film will give an experience that is much equivalent to a situation in cricket stadium, where there’s only batsman left with six runs to win. Just imagine the reaction of crowds, when it happens. Such will be the moments of “Sixer” movie.” 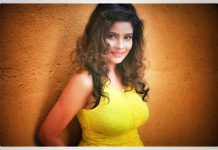 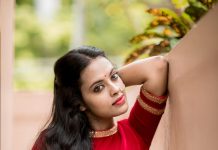