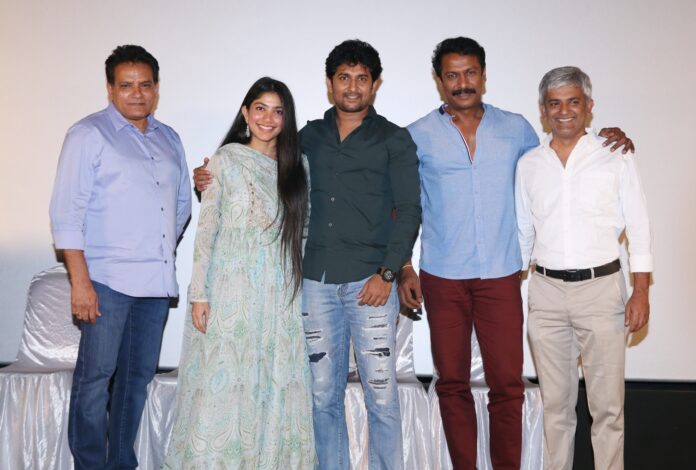 Actor Nani, has always been consistently amusing his fans with unique stories. The Natural star is all set to create a new benchmark in his career with a mammoth epical tale titled ‘Shyam Singha Roy’. The film is produced by Venkat S Boyanapalli of Niharika Entertainment. It is directed by Rahul Sankrityan. Nani plays dual role in this film with Sai Pallavi, Kriti Shetty and Madonna Sebastian as the female lead characters. Simultaneously made in Tamil, Telugu, Malayalam and Kannada, the film is hitting screens on December 24, 2021 worldwide. The trailer launch of the Tamil version was held in Chennai that witnessed the presence of Samuthirakani, Nani, Sai Pallavi and producer Venkat S Boyanapalli along with other crew members.

Actor Samuthirakani said, “I am glad to see my brother Nani making his arrival here with a Tamil movie. He started his career as an assistant director and am extremely elated to see him building an empire as an actor. I wish him all the best for the success of this film. I had earlier worked with him in the Telugu version of Nimirndhu Nil. I have seen his earnest dedication and hard work for 90 days. He is always ready to exert his heart and soul into a good project. This film will be a greater milestone in his career. I recently shared the screen space with Sai Pallavi’s younger sister in a movie, where she played my daughter’s character. Both of them are like daughters to me, and I am glad to see Sai Pallavi scale great heights as an actress.”

Producer Venkat S Boyanapalli said, “The film is getting released in Tamil, Telugu, Malayalam and Kannada on December 24, 2021. I want everyone to come to the theaters and experience this movie. I am sure that every single audience in the theaters will enjoy it wholeheartedly.” 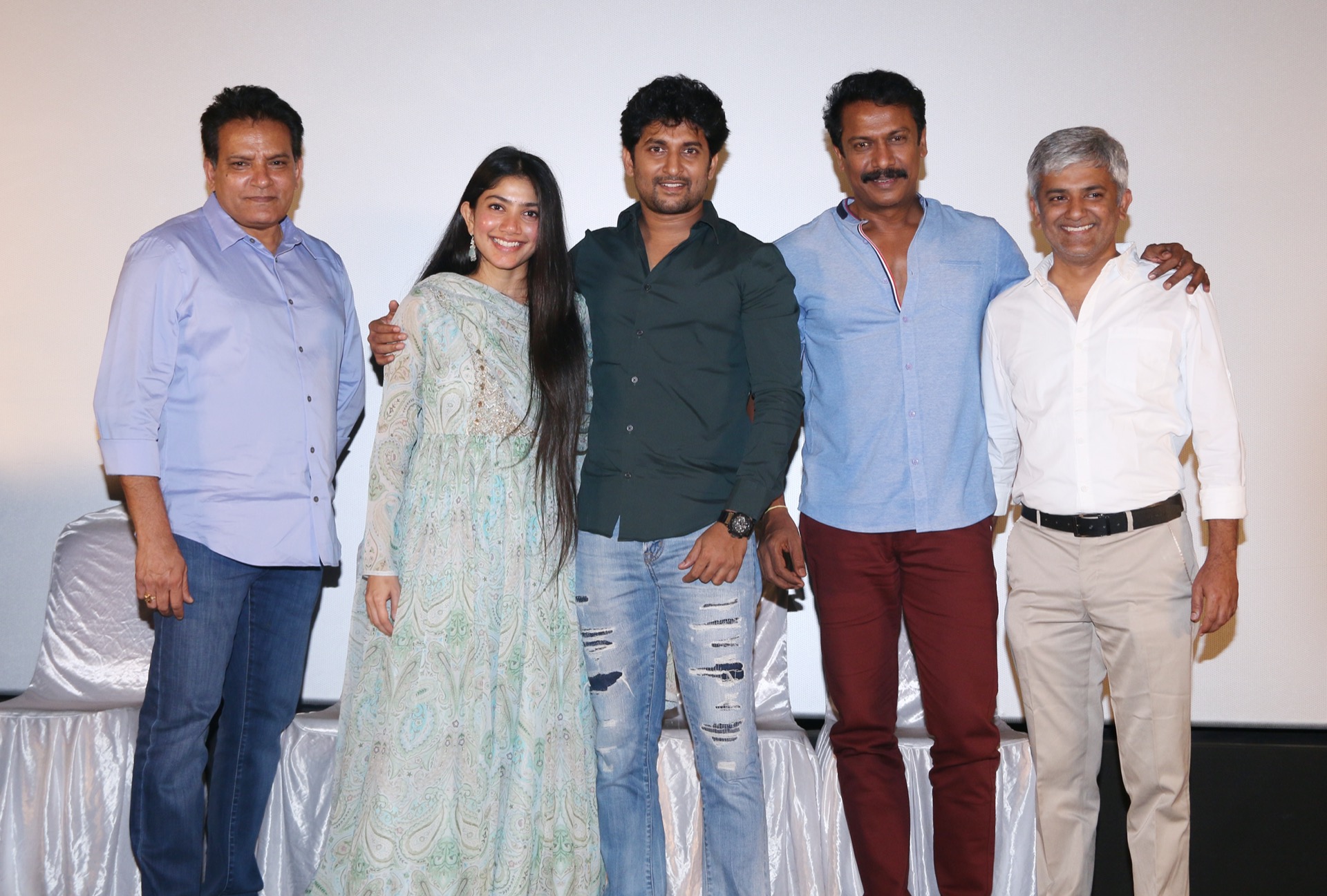 Actress Sai Pallavi said, “Whenever I read a script, the visuals come to my mind as a Tamil movie. It’s because I was born and brought up in Tamil Nadu. While working in other regional movies, I felt that respective movie should have released in Tamil, and when reading the script of this film, I strongly felt the same. Later, I was surprised to see the producer announce that he is making the film in Tamil as well, and I was so happy about it. The film will give an experience of an exact Tamil movie. While acting in this film, I wanted to know more details and information about Devadasis. Director Rahul had done a wide research pertaining to each element in this film and we have given our best into our respective departments. I am sure that everyone will love this film.”

Actor Nani said, “Whenever I used to shoot in Chennai, I would never leave the city without visiting Samuthirakani sir. And now, I am excited for him in all the Telugu movies. He is now a reigning star in Tollywood and is busy with multiple projects. In all my interviews, whenever asked about what prompted me to become an actor, I would openly admit that it all happened after watching several movies of Kamal Haasan sir and Mani Ratnam sir. I have always shared an emotional bonding with the Tamil movie. I grew up watching them. After the success of Naan E, the fans here always welcome me with warmness. Later, some of my movies didn’t do well here. Henceforth, I waited for the right project to make a comeback in Tamil. When I listened to the script of this film, I suggested that it can be made in Tamil as well. I believe with hopes I have given my best to entertain Tamil audiences here. I am sure that everyone will love this film, and I will meet you all after the success of this movie. I wasn’t able to change my physique for the dual roles as both the portions of these characters were shot at the same time. It was indeed a different and unique experience. I am an ardent fan of Rajinikanth sir and Kamal Haasan sir. These days, Tamil movies are doing a greater business in Telugu regions. If my prediction is right, we can soon see the collaboration of Tamil and Telugu heroes working together in many projects. Working with Mani Ratnam sir has been my long run dream, and I am his hard core fan. I would also like to share screen space with Sivakarthikeyan, and it will definitely happen with the right script.”