DISNEY ROPES IN DIVYADARSHINI (DD) AND SATHYAN TO VOICE THE ROLES OF ANNA AND OLAF RESPECTIVELY FOR THE TAMIL VERSION OF FROZEN 2; WILL SEE VIVEK PEN DOWN THE SCRIPT IN TAMIL

We’re less than a week away from the release of the highly-awaited release of Disney’s Frozen 2. And it isn’t just the English version that seems to be garnering all the hype and buzz amongst audiences. With the film also being released in Hindi and Telugu, the Tamil version too has roped in the biggest names from Kollywood. In addition to Shruti Haasan who will be lending her voice for the fearless Elsa as well as singing key songs in the upcoming film, the makers have roped in Divyadarshini, DD as she is lovingly called and versatile actor, Sathyan to voice for Anna and Olaf respectively. Putting their best foot forward towards ensuring that local audiences get the ‘Disney experience’ in their regional language, Disney has gotten reputed lyricist and writer Vivek Velmurugan on board to pen down the script in Tamil With a power-packed star cast adding to the engaging and enthralling storyline, Tamil-speaking audiences are sure to be left mesmerized as they watch the sister duo of Elsa and Anna set out on another adventure to remember.
Frozen 2 is all set to be released in English, Hindi, Tamil and Telugu on 22nd November. 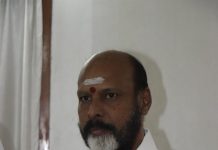