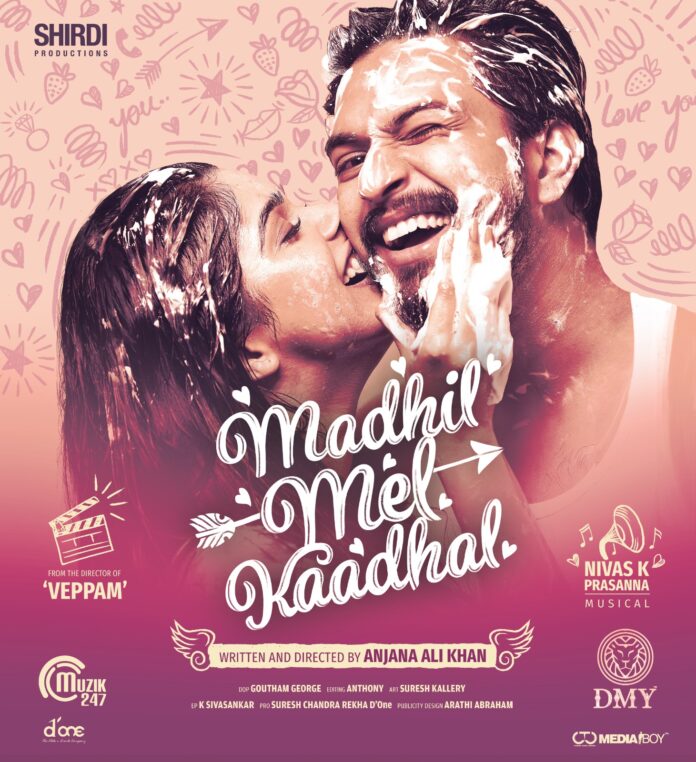 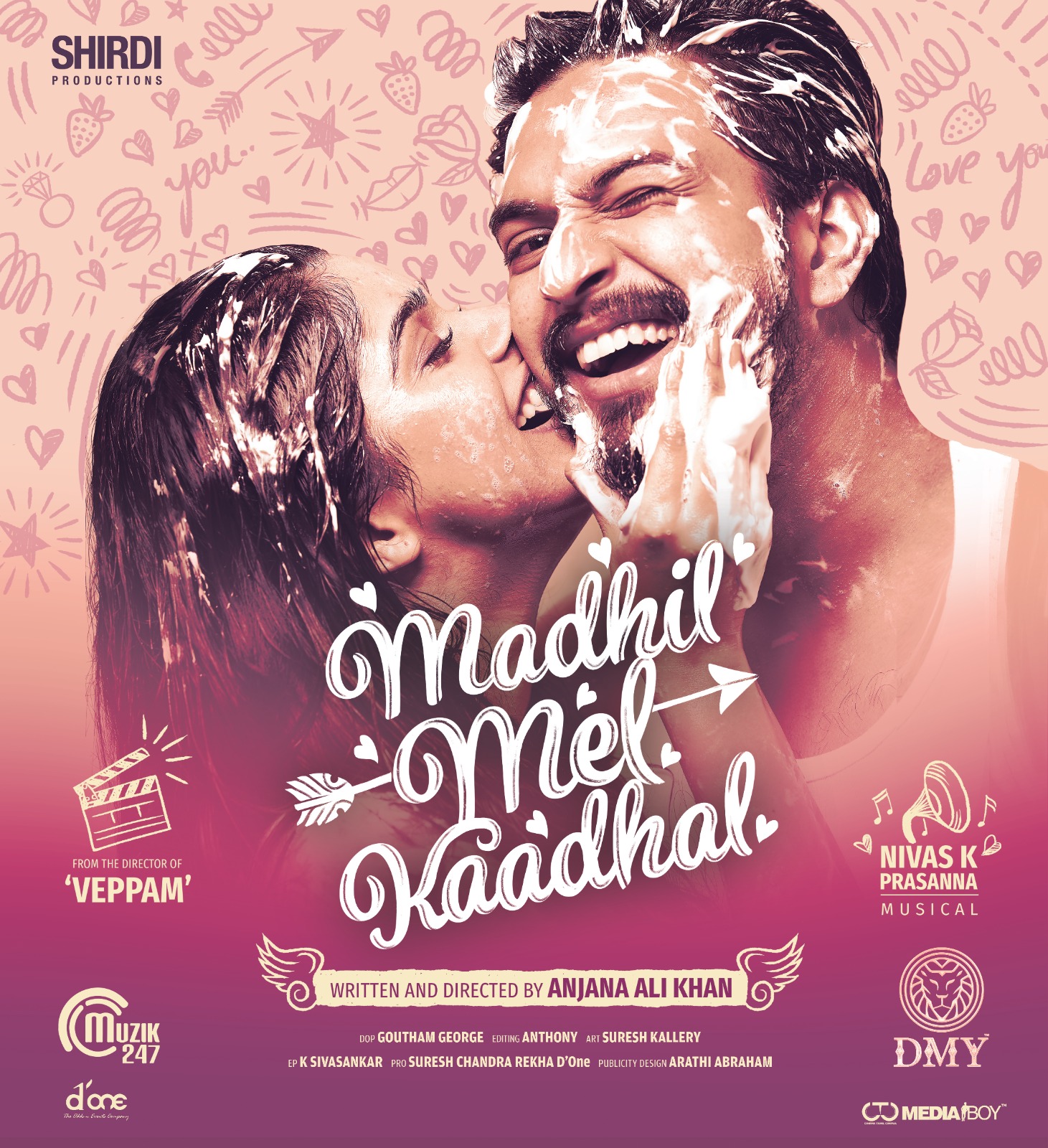 Filmmaker Anjana Alikhan shot to fame with her spellbinding directorial ‘Veppam’, which is acclaimed for an intense plot, stellar performances, top-notch technical aspects, and Chartbuster songs. She is now back wearing the director’s hat with a new outing titled ‘Mathil Mel Kadhal’ featuring Mugen Rao and Divya Bharathi in the lead roles. Touted to be a breezy Rom-Com, the first look and title of this film produced by Shirdi Production are unveiled now.

The title Mathil Mel Kadhal raises the curiousity about its relevance to the story. Ask director Anjana Alikhan, and she says, “Everyone is quite familiar with the phrase ‘Mathil Mel Poonai’ that is commonly referred to as a cat on the narrow wall, which lets it jump to either side with ease. The film’s protagonist is no different as he keeps shifting his mindset often – One being crazy about his girlfriend, and the next moment showing complete hatred towards the concept of love and relationship. So we felt that the title Mathil Mel Kadhal would be perfect. It’s a colorful and youthful Rom-Com that will keep the audience entertained throughout the film, and let them walk out of theaters with a smile. MMK is about a couple who fall in love impulsively, and later realize that it takes more than love for a relationship to work out. It has an equal dose of romance, comedy, and entertaining elements.”

Speaking about Mugen Rao and Divya Bharathi playing the lead characters, director Anjana Alikhan adds, “Why not Mugen? He is now the most-loved actor in the K-Town. It’s not just about his huge crazy girl fans base, but he is adored by kids and elders in every home. He owns a unique charismatic appeal, which easily makes him suitable for a Rom-Com flick. When it comes to Divya Bharathi, she was recommended by almost everyone in our crew. She is such a natural performer, and we felt that her screen presence would enliven our film.”