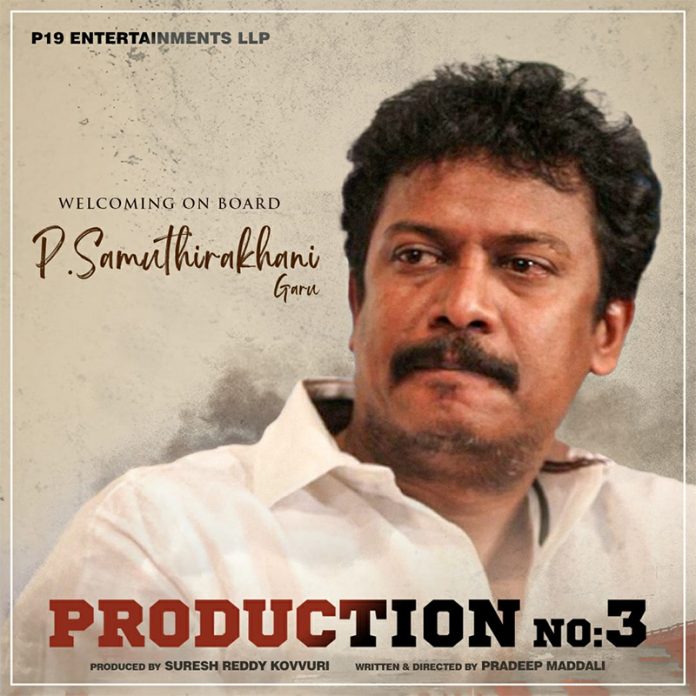 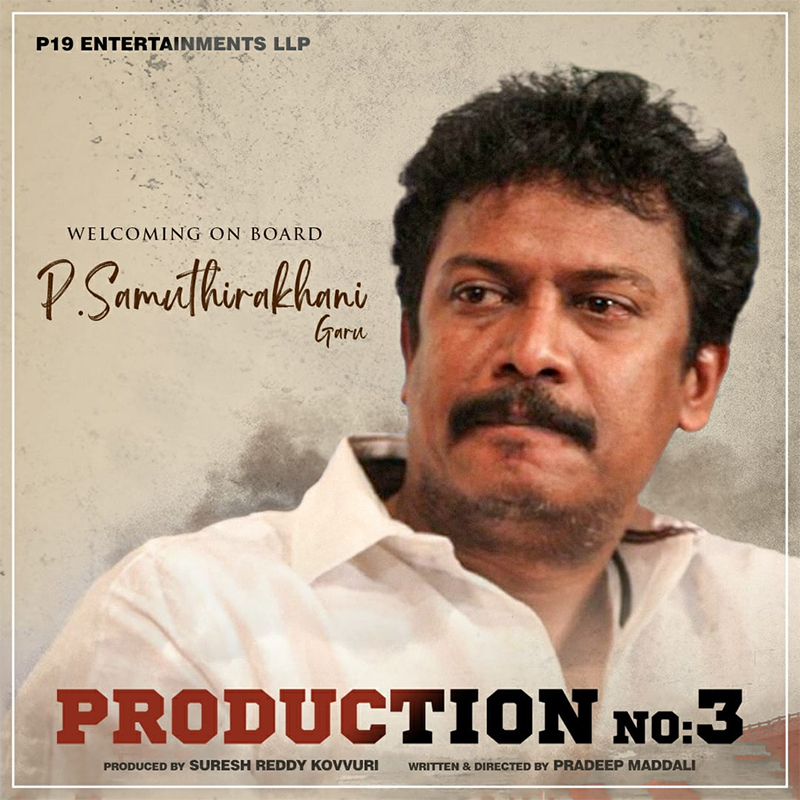 Samuthirakani to play a key role in P19 Entertainments’ Production No. 3

Director Pradeep Maddali is bankrolling Production No. 3 of the banner. The makers have roped in Kollywood director and actor Samuthirakani for a pivotal role in the untitled movie. Making the announcement, the director has said, “Samuthirakani will be seen in the role of a village don. Besides the film’s story, he totally loved his character. We will divulge other details soon.”

Producer Kovvuri Suresh Reddy said, “Samuthirakani is one of the most talented artists we have. We are very happy that he is on board for our movie. We will be announcing the names of other cast and crew members soon. The film will go on the floors shortly.”

Pradeep Maddali has previously worked in the direction department of Puri Jagannadh on several movies. The web series ‘Pelli Gola’ and the ZEE5 Exclusive release ’47 Days’ came in his direction. He is now coming equipped with an exciting story.