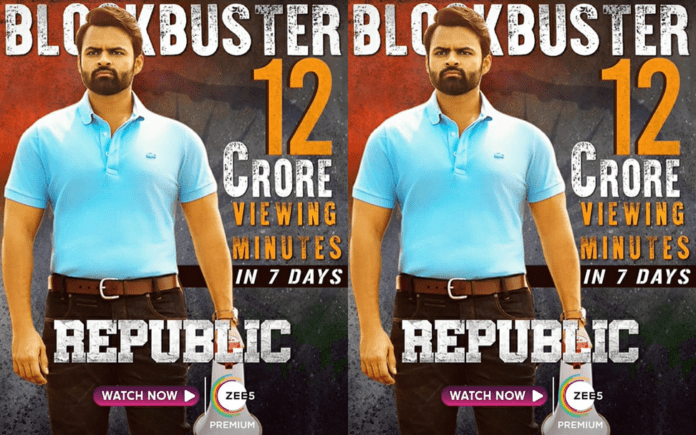 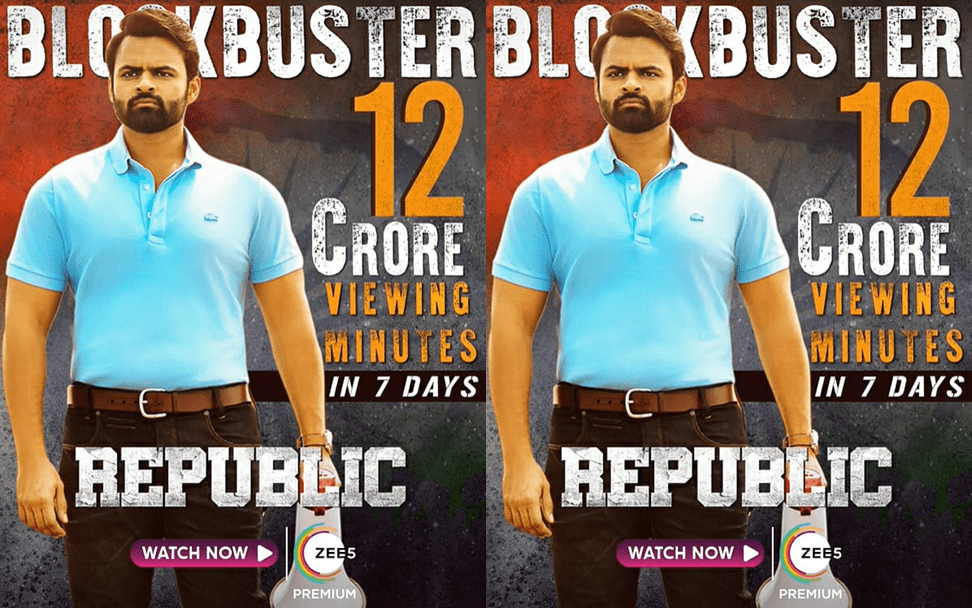 Republic’ is not a movie, it’s a movement; Audience make it a blockbuster on ZEE5

Hyderabad, 6th December 2021: ZEE5 doesn’t think that entertaining its patrons is its only purpose. It has been treating its patrons to entertaining movies, web series, and direct-to-digital releases. At the same time, the streaming giant has been seeking to enlighten the audience. That’s why it has backed meaningful movies like ‘Republic’. No wonder that ZEE5 has carved an image for being a platform for something more than entertainment.

‘Republic’ has come in the combination of Supreme Hero Sai tej and versatile director Deva Katta. It raises questions about the role of officials in a democracy and what the public is supposed to do. It’s a socially aware and conscientious movie. When it was released in theatres, it became a hit. Those who couldn’t watch it in theatres due to the fear of the coronavirus have been watching the movie with great enthusiasm on ZEE5, giving the streaming giant a record-breaking moment. They are saying that ‘Republic’ is not a movie but a movement.

‘Republic’, which started streaming on ZEE5 on November 26, has become the biggest blockbuster in the career of Sai Tej. Since then, it has been trending on social media. The audience are appreciating the efforts put in by ZEE5 to bring out the director’s commentary version. This is the first time in India that a movie has come out with the director’s enlightening version. The Deva Katta-directed movie has successfully clocked a marvelous 12 crore viewing minutes in just seven days. This is a massive record. In the past, Sai Tej’s ‘Solo Bratuke So Better’ was also released on ZEE5.

ZEE5 has pulled off a praiseworthy 360-degree marketing approach to make ‘Republic’ a special release.