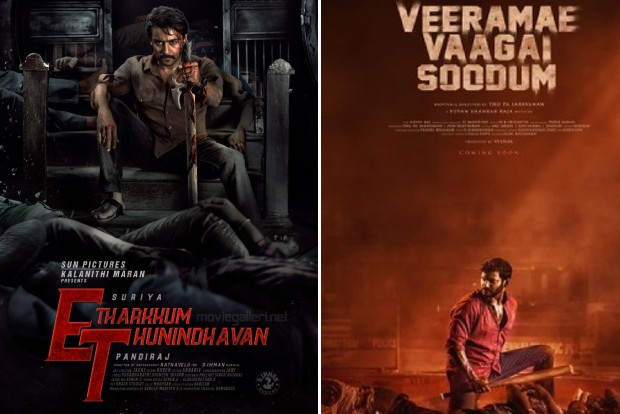 Release of Suriya’s Etharkkum Thunindhavan, Vishal’s Veerame Vaagai Soodum likely to be pushed by a week

The latest news we hear from tinseltown sources is that the release dates of these films are likely to be pushed by a week. “Veeramae Vaagai Soodum has been postponed from January 26 to February 4. An official announcement will be made soon.
As lockdown and curfews are in place till the end of January, Vishal is contemplating on a February 4 release,” said a source close in the know. As far as Etharkkum Thuninthavan is concerned, the makers are waiting to hear from the Tamil Nadu government on lockdown in February.

“If that is the case, Etharkkum Thunindhavan might lock horns with Veeramae Vaagai Soodum or will release on February 11,” added the source.