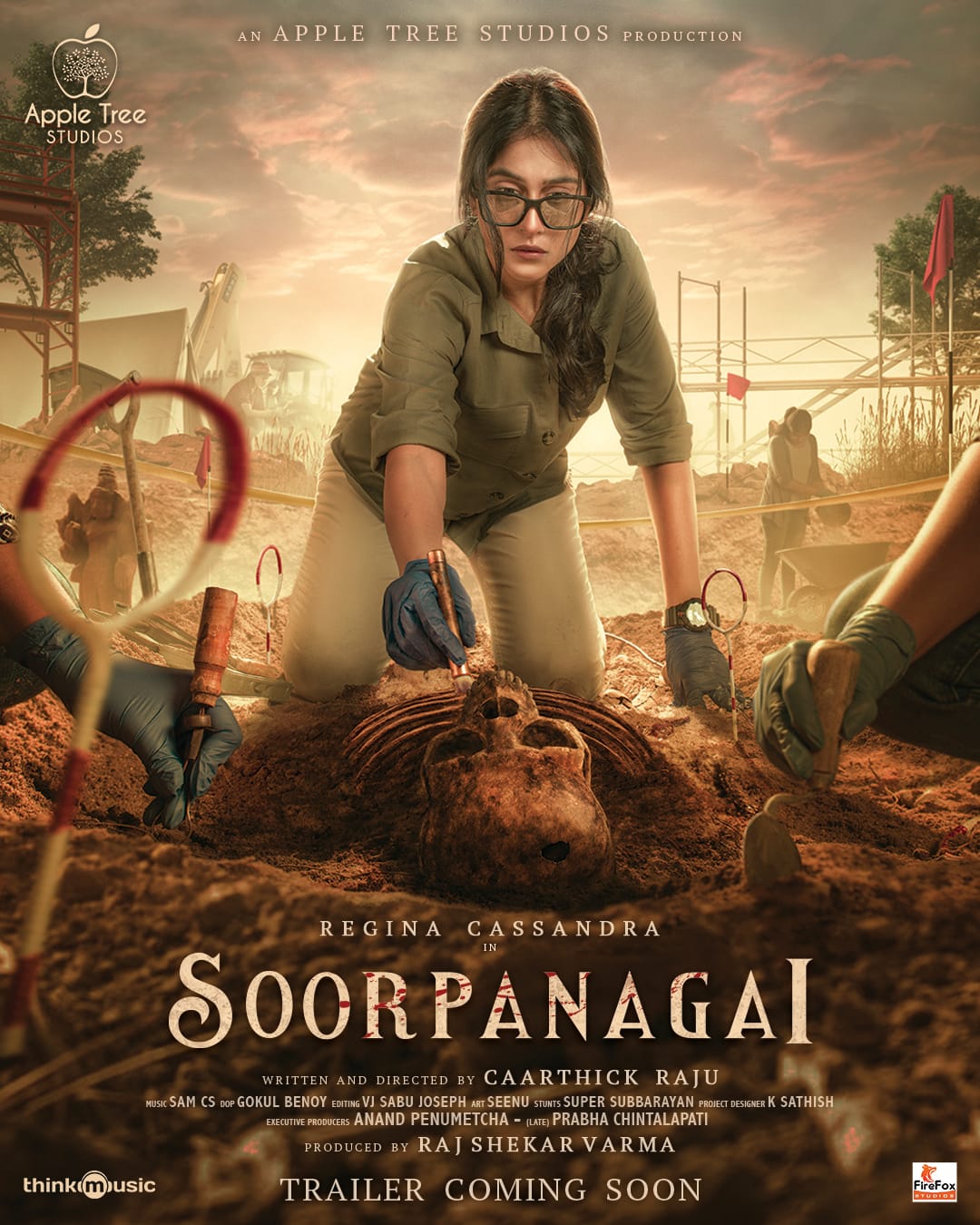 Regina Cassandra’s Soorpanagai managed to capture the spotlights overnight for its scintillating title and first look. With the actress enjoying a favourable and groovy fan base across Pan-Indian domain, the expectations have been getting bigger with this project. Apparently, the makers of this bilingual movie directed by Caarthick Raju are delighted to announce the shooting wrap up.

Director Caarthick Raju says, “It’s elating to see that the entire process of filming Soorpanagai was smooth. We are currently approaching the completion of postproduction work and are planning to unveil the trailer soon. Soorpanagai will endow audiences with a new-fangled theatrical experience for its visuals, mystery-driven plot with horror elements and lots of humour as well.” 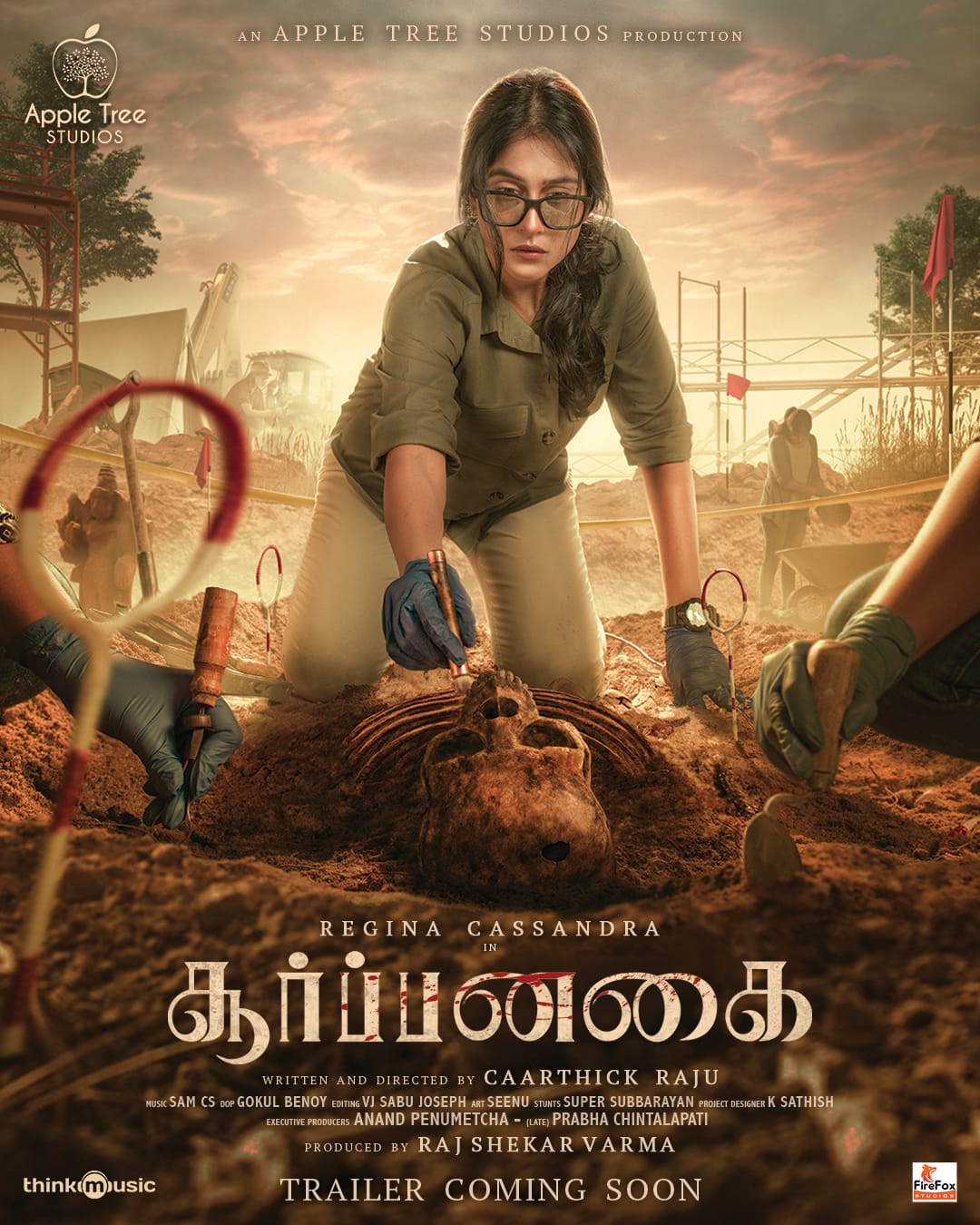 Simultaneously made in Tamil and Telugu, Soorpanagai is produced by Raj Shekar Varma under the banner Apple Tree Studios. Major portions of the film have been shot in and around the locales of Courtallam. Regina Cassandra, who is consistently proving her prowess performance in every film, will appear as an archaeologist. Sam CS is composing music and Gokul Benoy is handing cinematography. Sabu is the editor and Super Subbarayan is the stunt master.

Apart from Regina Cassandra, the others in the cast include Akshara Gowda, Mansoor Ali Khan, Jaya Prakash, and few more prominent artists.