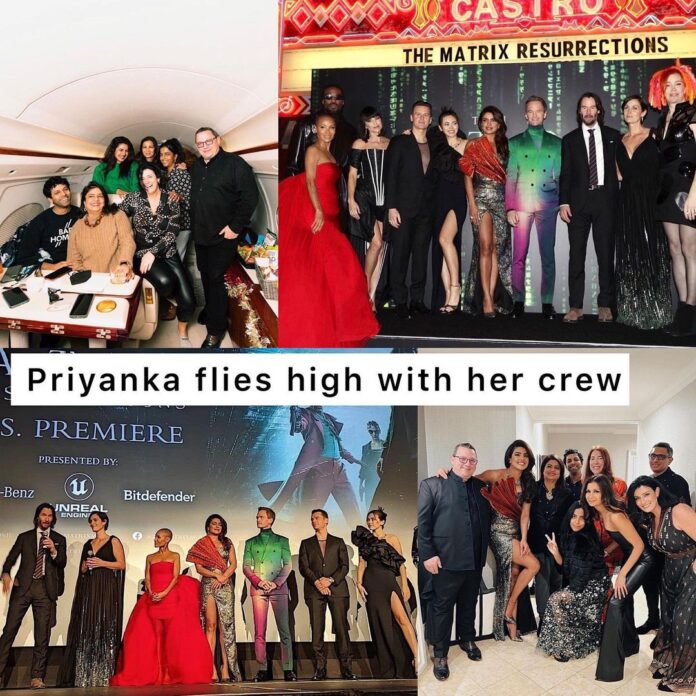 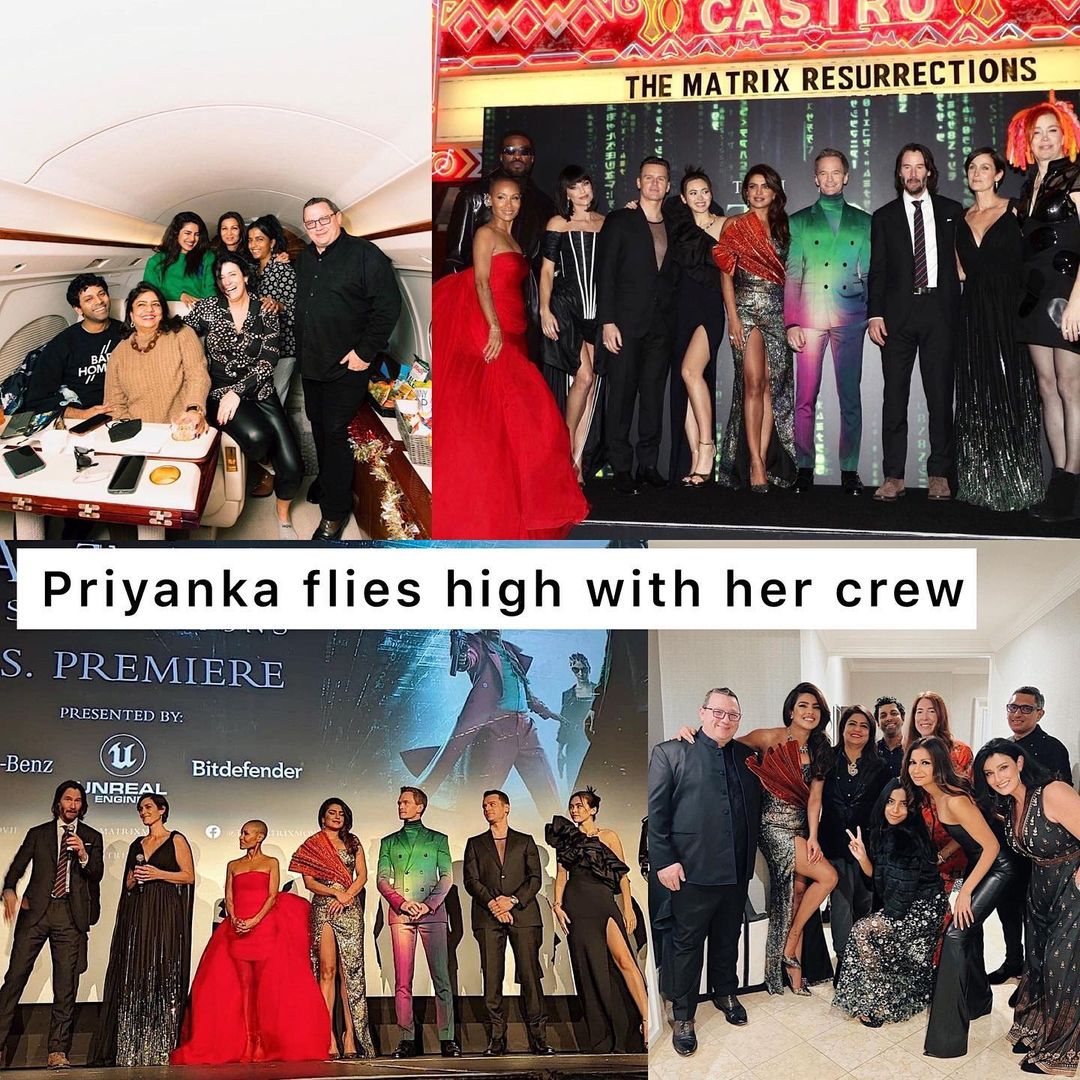 Mumbai: Priyanka posted a string of photographs, where she posed alongside ‘Papa’ Kevin Jonas, ‘Mama’ Denise Jonas and her mother Madhu Chopra in a private plane. Her pet pup Diana was also seen along with her.

She tagged the location as San Francisco, where she attended the premiere of ‘The Matrix Resurrections‘.

“Crew!! I’m so thankful for my family. Thank you all for being a part of this amazing moment with me. My team without who I would never be able to do any of it. Grateful. Missed u @nickjonas Happy birthday @divya_jyoti,” she wrote as the caption.

Priyanka Chopra graced the green carpet with film stars at the premiere of her next Hollywood film Matrix ‘The Matrix Resurrections’. If anyone was lacking in this star-filled evening in California, it was Priyanka’s husband Nick Jonas. Priyanka hugged her co-stars at the premiere and greeted the audience with a namaste. Her desi girl Priyanka is winning the hearts of fans because of her special gesture. At this premiere, Hollywood actress Jada Pinkett Smith got involved in the dress several times and Priyanka is seen handling her everywhere.

Priyanka’s Bharti style is winning hearts at this premiere, where the actress greeted everyone with folded hands and saying Namaste. The stars also interacted with the media and answered the questions asked there. When Hollywood reporter asked the reason for not coming to the premiere of the film, Priyanka Chopra also gave the reason. Priyanka told that Nick was about to reach the premiere but due to precaution he could not attend.