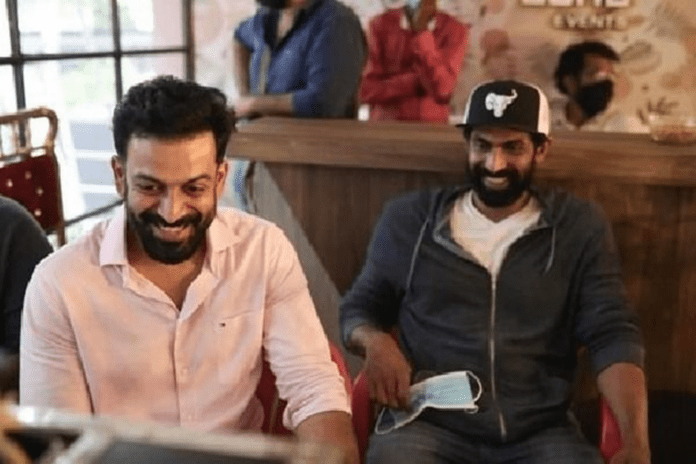 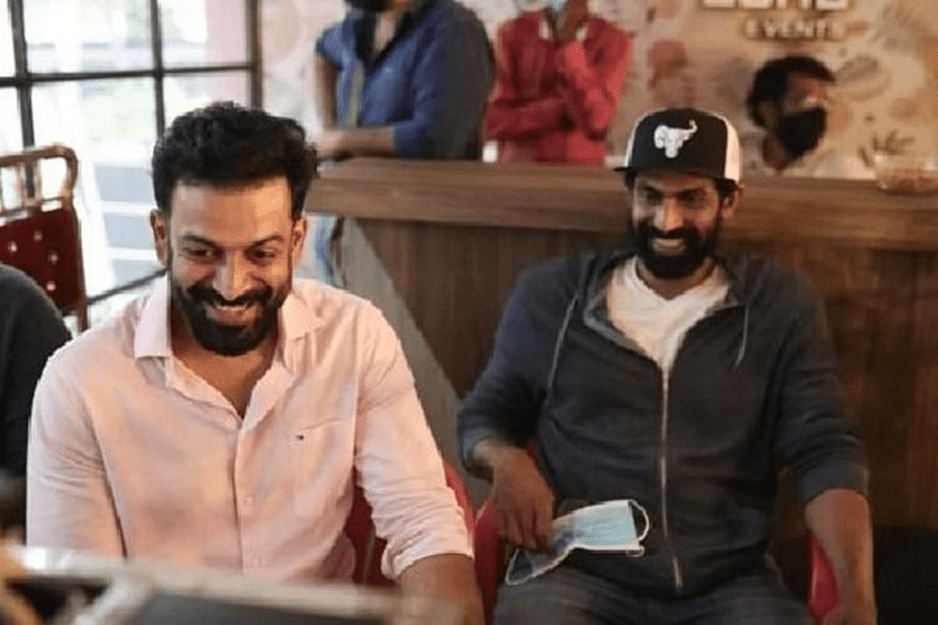 Hyderabad: “Throwback to when #DanielShekhar met #KoshyKurien on the sets of #BroDaddy @RanaDaggubati #BhimlaNayak #BroDaddy”, Prithviraj Sukumaran wrote on his Twitter timeline, as he shared the special picture.

In the picture, both Prithviraj and Rana are seen smiling from ear to ear, as they have a heartfelt conversation on the sets of ‘Bro Daddy’. Rana Daggubati is reprising Prithviraj Sukumaran’s role, in the upcoming movie ‘Bheemla Nayak’. ‘Bheemla Nayak’ is the Telugu remake of Malayalam hit movie ‘Ayyappanum Koshiyum’, in which Prithviraj plays an important role. 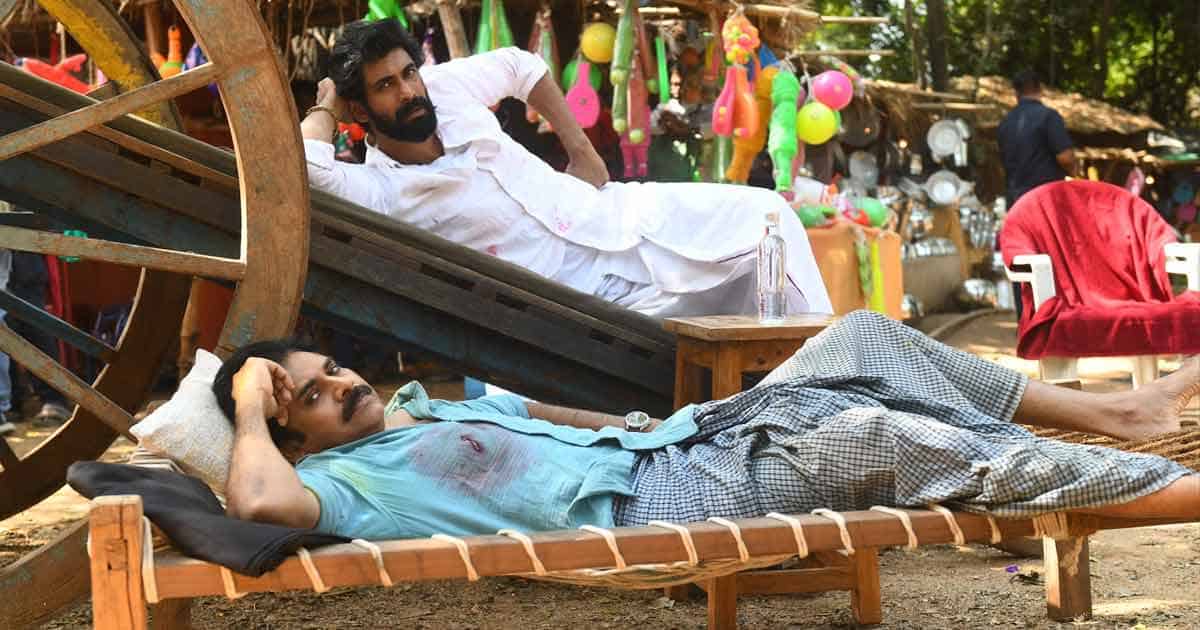 ‘Bheemla Nayak’ is slated for release on January 12, 2022. Helmed by Sagar K. Chandra, the team has Trivikram Srinivas, who penned the screenplay and dialogues. S.S. Thaman is the music composer and Surya Devara Naga Vamsi has produced the movie under Sithara Entertainments.