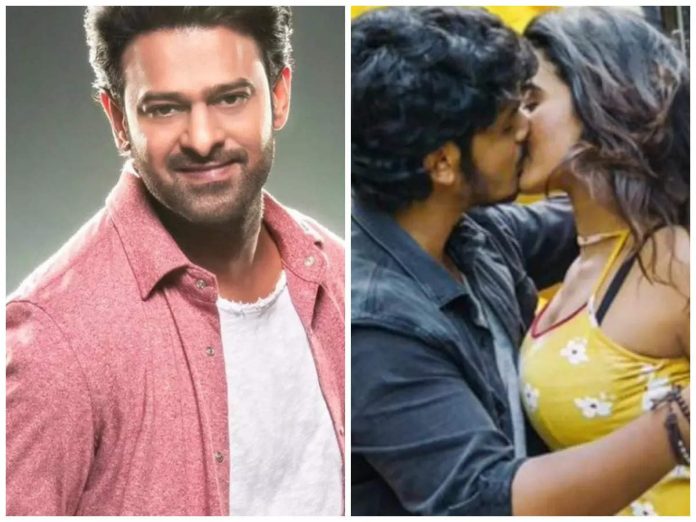 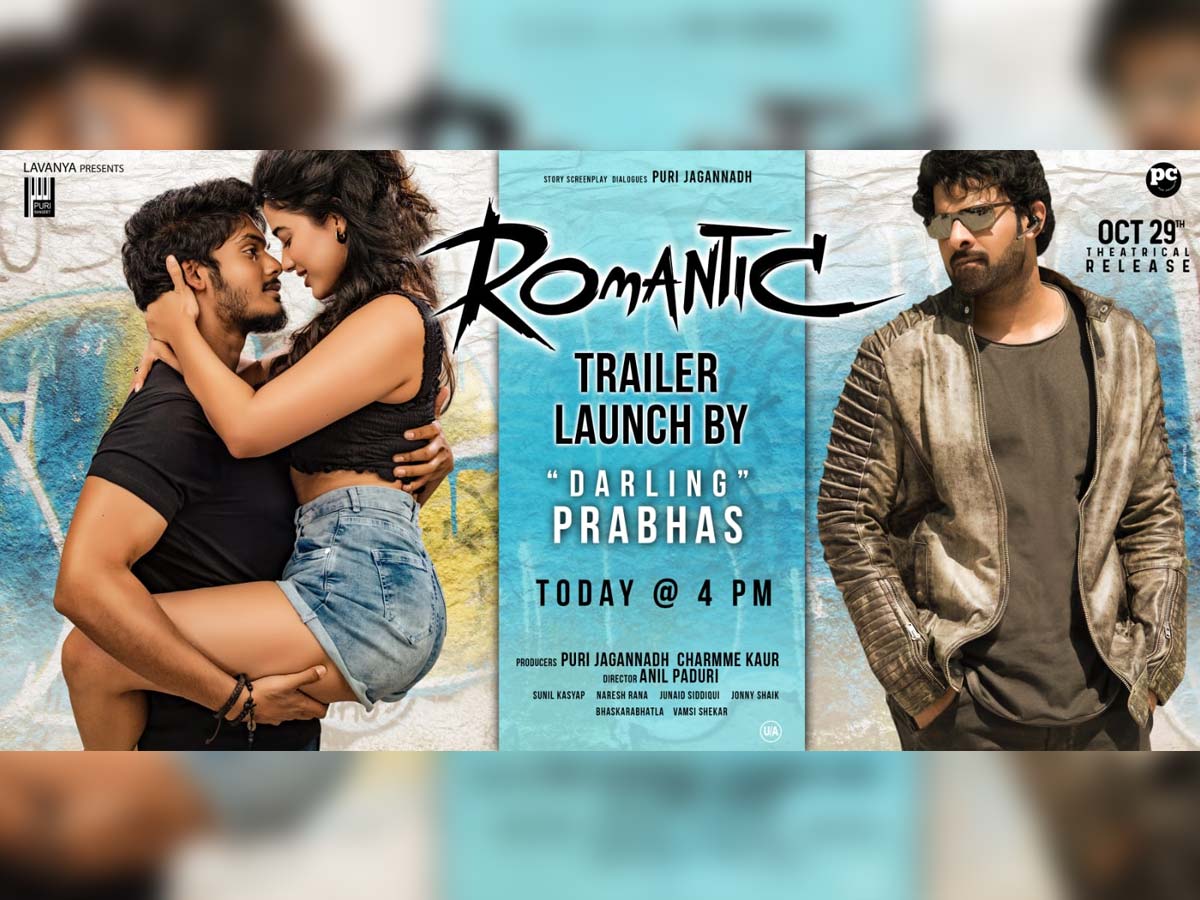 Akash Puri’s Romantic is gearing up for a grand release on October 29th. Young Rebel Star Prabhas who is in Mumbai shooting for Om Raut’s Adipurush has released Romantic trailer in Mumbai and the trailer has struck chord instantly with youth audience and the masses. Prabhas has some great things to say about the trailer.

“The trailer is really good and the chemistry between Akash and Ketika is awesome. Akash had matured a lot as an actor. Particularly, he seems to be like an actor with ten years experience in that last shot,” Prabhas commended. 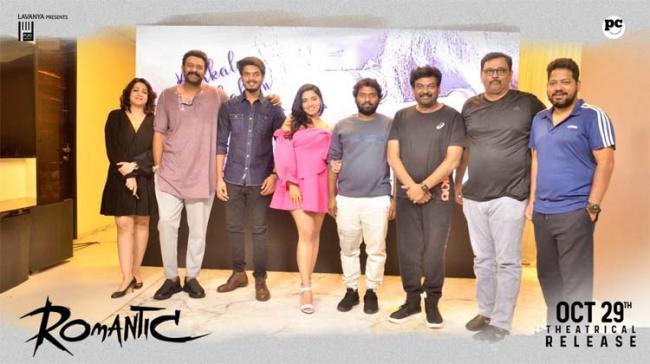 “Ketika is very good selection. She looks lovable for youth audience,” the actor said about the heroine of the film. “I know Anil (Film Director) for a long time. People who saw the film told me great things. I hope audience will like it as well,” Prabhas added.

The Rebel Star also has some great things to say about Ramya Krishnan who plays a cop in the movie. “She is a great actress always. Even in Baahubali, she used to overshadow all of us,” Prabhas said about the actress. One of the producers of the film, Charmee mentioned how one of the song is called ‘Darling’ – a buzz word of Prabhas. 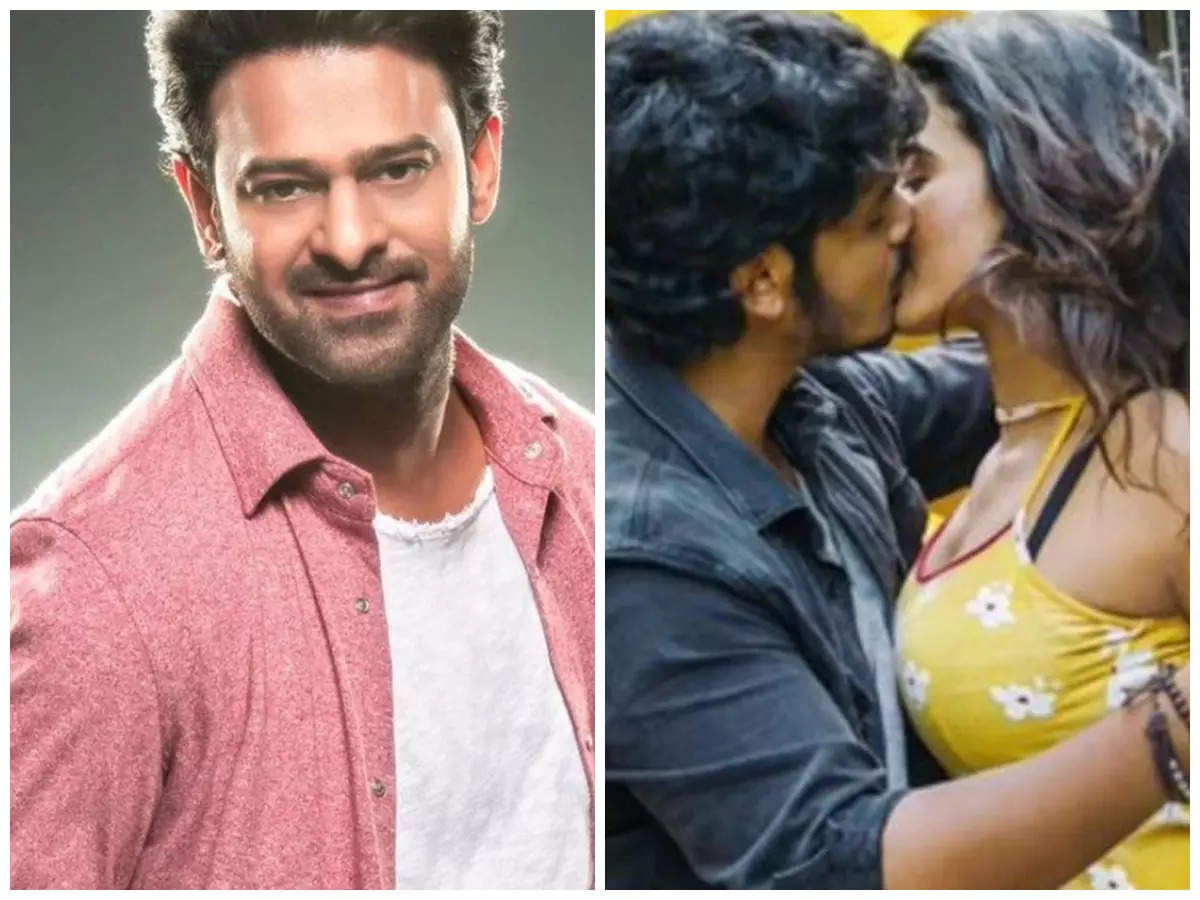 “So the song is named after me? Then my fans should go and watch the film for sure. I do not know how I caught the habit of calling people as Darling. I used to call Puri as Darling not as Sir. Puri liked it and kept it in Bujjigadu. Fans do not like if I do not call them Darlings.

Puri Jagannadh has also revealed an interesting aspect about Prabhas releasing the trailer. “He liked the trailer instantly. He wanted to do something for Akash and was after me asking me if he can share the trailer on social media to help the promotions. Finally when we fixed a time to release, he came with this idea of an interview during the trailer release,” Puri revealed.

Puri Jagannadh has given the story, screenplay, and dialogues for the film. It is a joint venture of Puri Connects and Puri Jagannadh’s Touring Talkies.