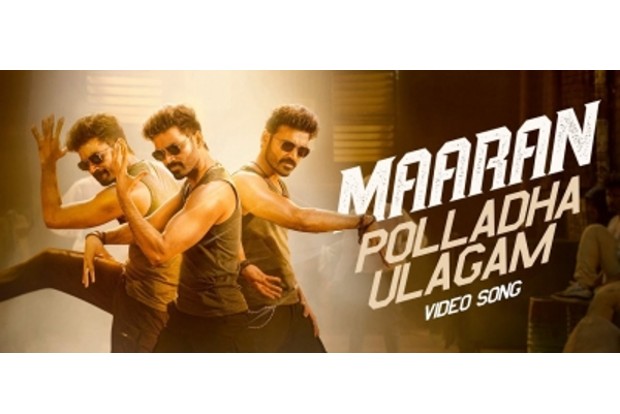 The track ‘Polladha Ulagam’ from director Karthik Naren’s upcoming film, ‘Maaran’ featuring Dhanush, has garnered over four million views within a day of being released on YouTube.

Dhanush’s impressive dance moves for the number, which was released on Wednesday night, thrilled fans, with over 73,000 people giving the number a thumbs up sign.

Set to tune by G V Prakash Kumar, the song has lyrics by Vivek and has been rendered by Dhanush along with Arivu.

The makers have already announced that ‘Maaran’ will be released directly on the OTT platform Disney + Hotstar.

However, the release date hasn’t been announced so far. Rumours doing the rounds in the industry suggest that Dhanush will be playing a journalist in the film which will have Malavika Mohanan essaying the character of a photojournalist.