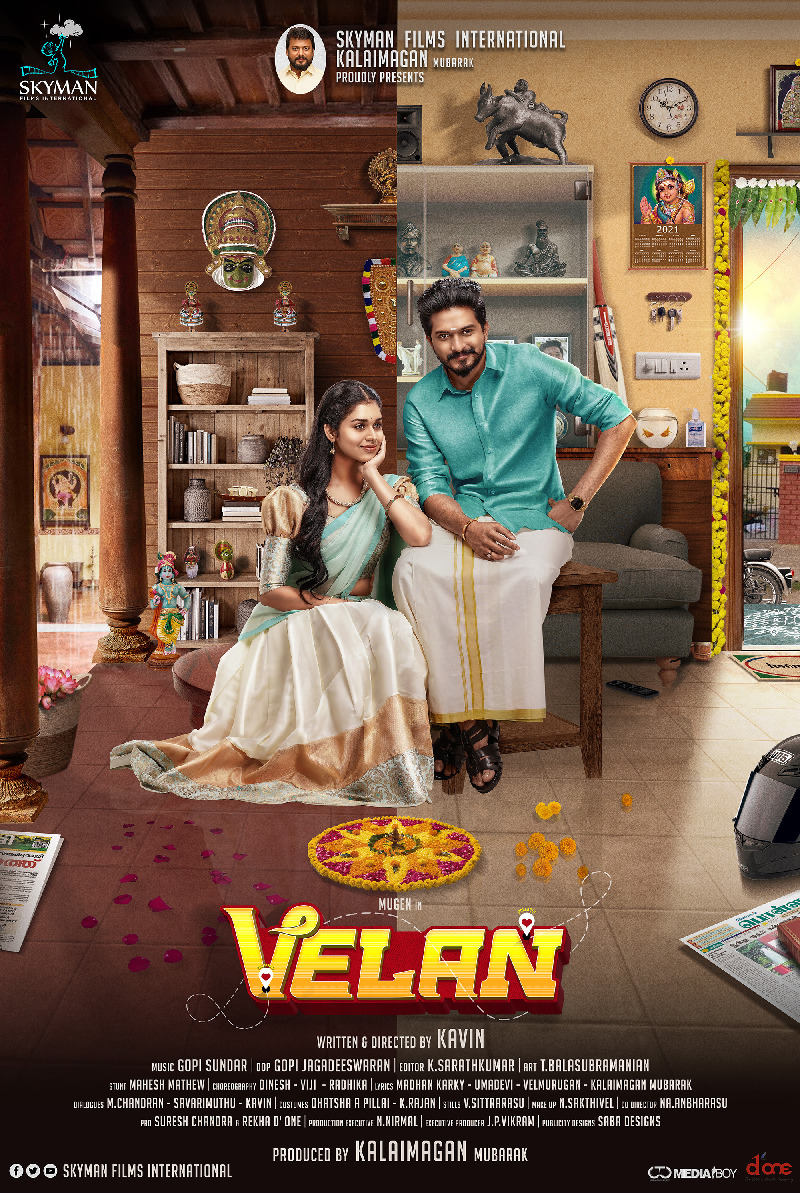 SkyMan Films International Kalaimagan Mubarak’s maiden production ‘Velan’ featuring Bigg Boss fame Mugen and Meenakshi in lead roles has got its process smoother right from the beginning. With the postproduction work close on the heels of completion, the movie has got a bigger Midas-touch of Pan-Indian super icon Dulquer Salmaan unveiling the first look.

SkyMan Films International Kalaimagan Mubarak says, “It’s an honour to have an icon like Dulquer Salmaan sir launch the first look of our film. Such a gesture significantly brings more spotlight to this movie. We as a team owe a lot to Dulquer sir for this Golden touch. We will be soon making announcements on the film’s audio, trailer and worldwide theatrical release.”