‘No Entry’, the first sensational horror film shot in Cherrapunji!

The first full-length Tamil film has been shot in Cherrapunji in Meghalaya, the wettest place in the world.

The name of the film is ‘No Entry’ on behalf of Jumbo Cinemas. Produced by Sridhar. He has already produced ‘Neeya 2’ movie. This film is directed by R. Azhagu Karthik. He has learnt cinema from S.A. Chandrasekar.

Actress Andrea plays the lead role in this film. 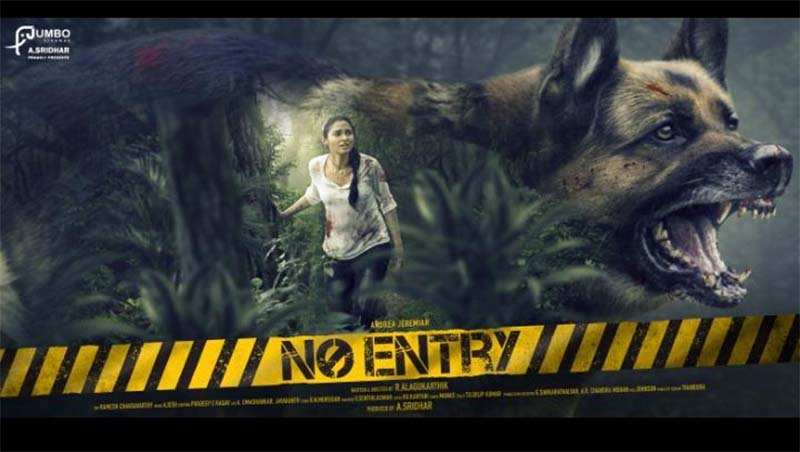 When the director talks about the film, “The young couple are staying in a luxury place in a mountainous area where there is no human habitation. They are trapped by 15 dogs that hunt humans. What will happen next? The ‘No entry’ story reveals that how the couple managed the sitation as a seat-edge thriller.

Fifteen trained German Shepherd dogs were used for the film.

The filmcrew has been camping in Cherrapunji for 45 days and filming dangerous mountainous scenes, green jungles and related scenes that Tamil cinema has never seen before.

The graphics in the film are far superior to those in the Hollywood film industry. Technical work of the movie is going in full-swing now. 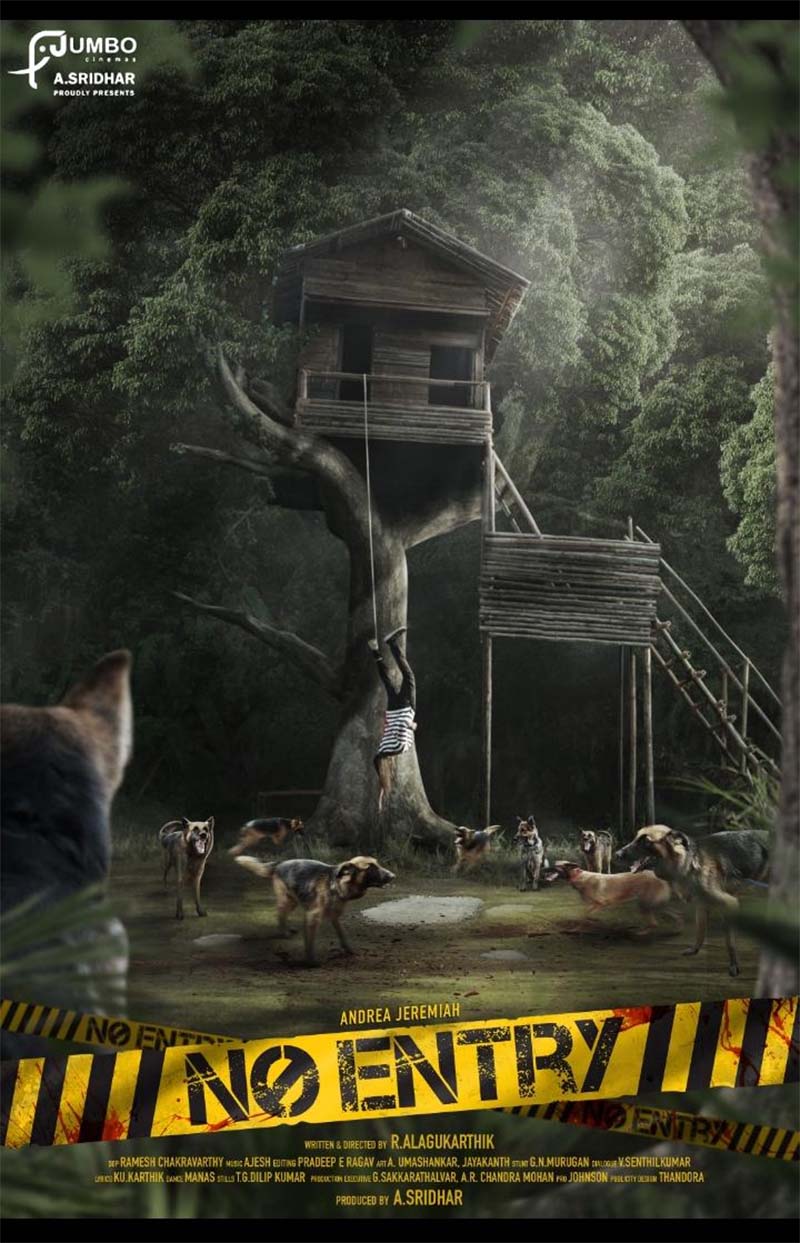