NETFLIX DROPS THE TRAILER OF ITS UPCOMING SUPERHERO FILM, MINNAL MURALI
Directed by Basil Joseph, Minnal Murali starring Tovino Thomas, is set to premiere on 24th December only on Netflix

Mumbai,  Are you ready to witness the power of lightning and superhuman strength unleashed to defeat evil and save the world? Netflix today launched the trailer of its much awaited superhero film, Minnal Murali. Set in the 90’s, the film unfolds the tale of an ordinary man who becomes a superhuman after being struck by lightning. The film promises to touch on various human emotions and grip the audience with action-packed performances, making this family entertainer  a must-watch for the holiday season.
The film will see Malayalam heartthrob, Tovino Thomas in a never seen before avatar of a superhero. Joining him will be an ensemble of versatile actors in pivotal roles, including Guru Somasundaram, Harisree Ashokan, and Aju Varghese.. Produced by Weekend Blockbusters (Sophia Paul) and directed by Basil Joseph, Minnal Murali will premiere worldwide on December 24, 2021, exclusively on Netflix. In addition to Malayalam, the film will also premiere in Tamil, Telugu, Kannada, Hindi, and English.

Director, Minnal Murali, Basil Joseph shared, “I have always been a huge fan of superhero fiction, right from the comic books to the early noir superhero movies. I  wanted to find the best superhero origin stories that would appeal to a wide set of audience and with Minnal Murali, that dream has come to life. Thanks to Weekend Blockbusters for the opportunity, Tovino for his dedication and having Netflix as a partner to complete our vision.” 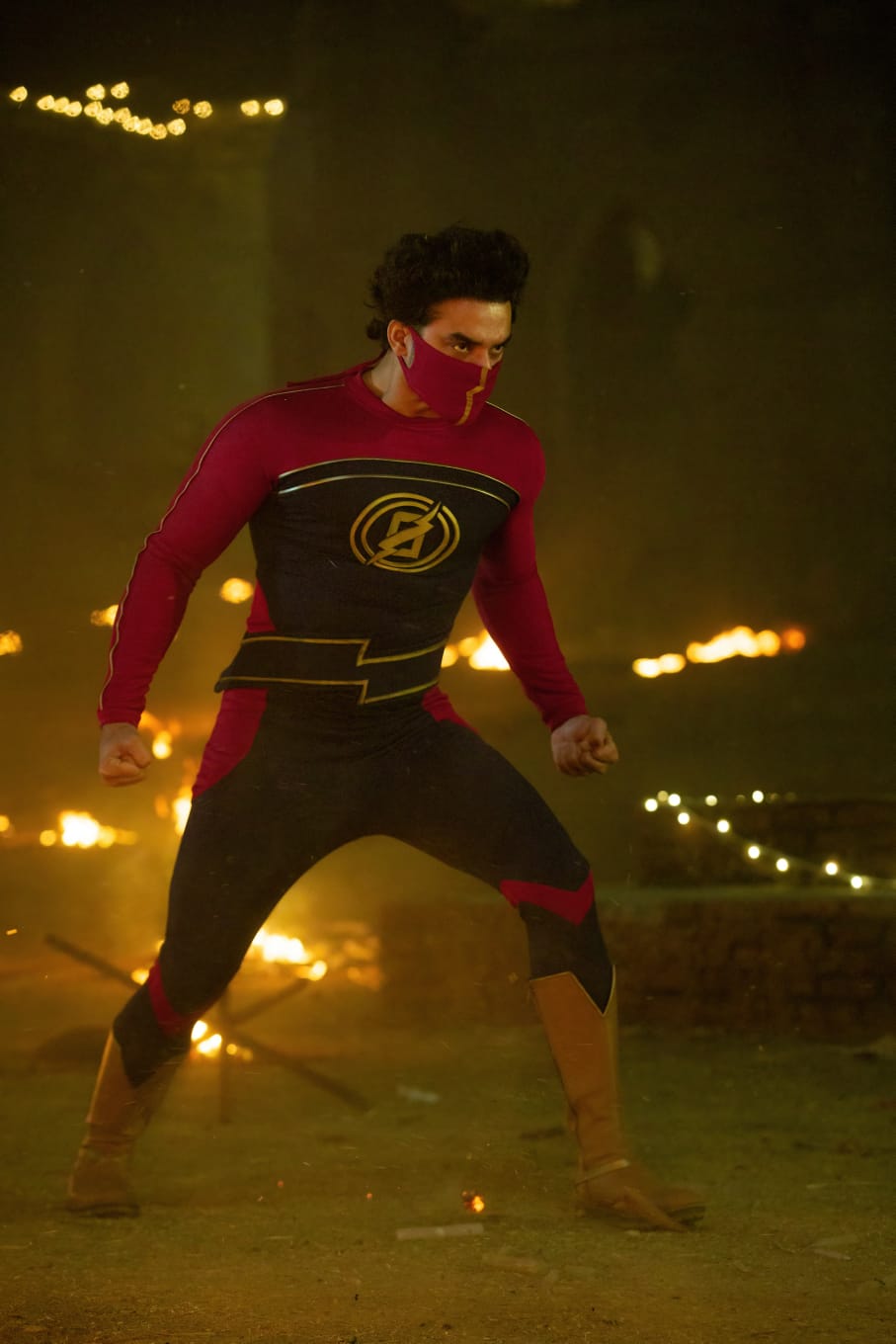 Sharing his excitement about Minnal Murali, Tovino Thomas said, “Minnal Murali is the kind of story that will engross and captivate everyone until the very end. I play the enigmatic character, Jaison a.k.a Minnal Murali, who is hit by a bolt of lightning and gets supernatural powers. Taking on the role of Minnal Murali has been a challenging experience for me. Basil Joseph’s vision is truly unparalleled and I can’t wait for audiences around the world to watch it”

Talking about the production of the film, Sophia Paul from Weekend Blockbusters said,“We knew we were embarking on something special and challenging, and something we had not done before. It was a remarkable journey during these unprecedented times. The biggest achievement of this project is the team that made Minnal Murali possible. It was a two year long adventure and the entire team worked day and night, so that Minnal Murali could be that superhero we all wanted him to be!”

Catch the tale of good versus evil on your screens on December 24, 2021, exclusively on Netflix.