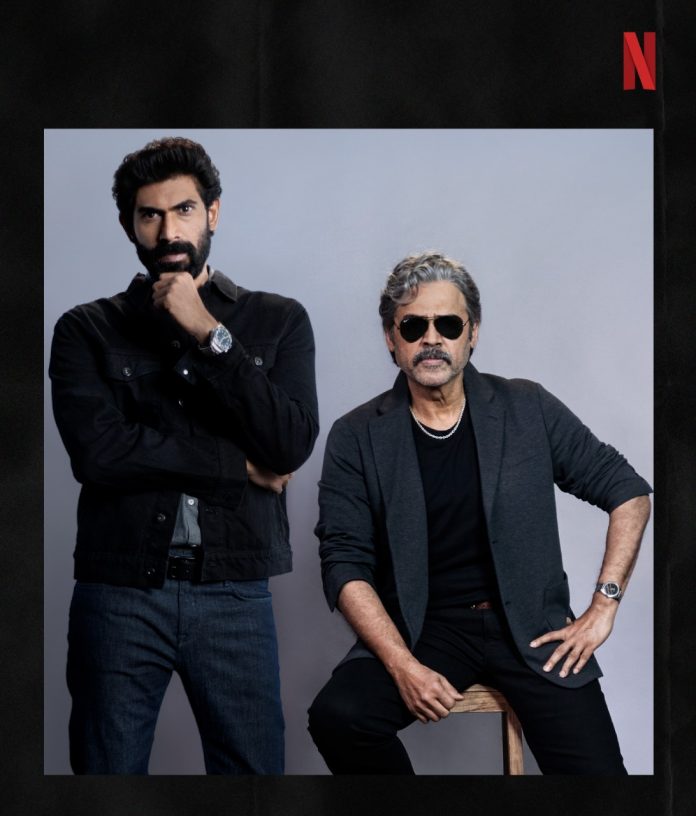 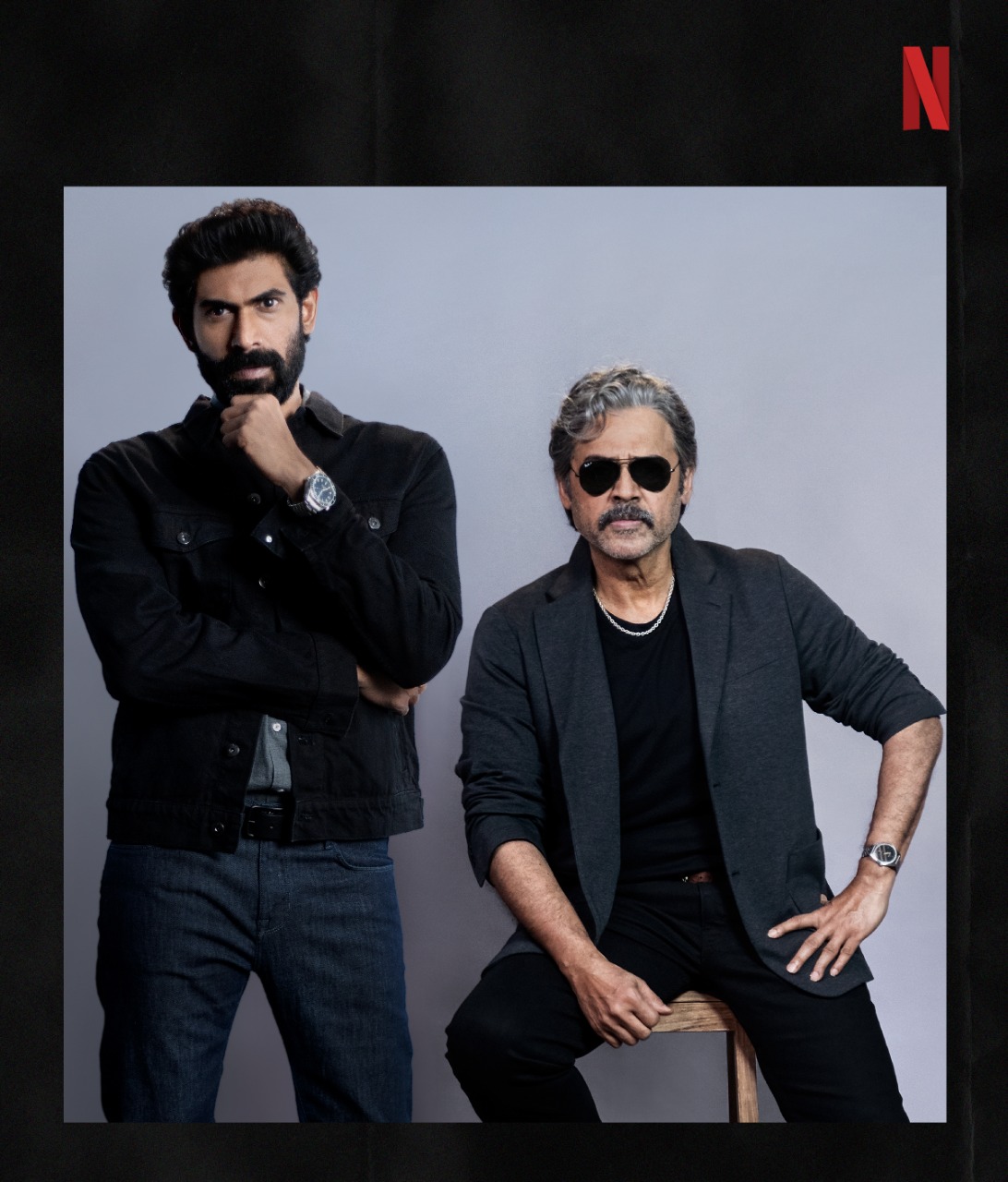 ~Adapted from the iconic show ‘Ray Donovan’, the series will see the charismatic duo together for the first time on-screen~

September 22, 2021: Ever wondered who is on Bollywood celebs speed-dial list? Netflix has the answer – Raina Nadu! After all, there is no problem that he can’t ‘fix’.

Two superstars, a powerful, action-packed story about the lives of the rich and famous, and Netflix – that’s THE recipe for an interesting watch! Adding more sizzle to this is the never seen before coming together of megastars. For the first-time ever, Baahubali’s Balaldev a.k.a. Rana Daggubati will be seen sharing screen space with his uncle ‘The Superstar’ Venkatesh Daggubati in Netflix’s upcoming crime-drama series ‘Rana Naidu’. Produced by Locomotive Global Inc., the series is an official adaptation of the SHOWTIME® American popular drama series ‘Ray Donovan ‘and will commence shooting soon.

The action drama will follow the life of Rana Naidu, the go-to guy for everyone in Bollywood when they have a problem. The format rights are licensed by ViacomCBS Global Distribution Group. Karan Anshuman is the showrunner and the Directorand joining him to co-direct is Suparn Verma.

Speaking about the series, Rana Daggubati said, “It’s lots of special firsts for me. Working with my uncle Venkatesh and the first with Netflix in long form storytelling that’s completely different from what both of us have ever done in our careers. I’m extremely happy to be with a crew and a platform that knows this the best. It will be challenging & new and definitely going to be fun. Looking forward to filming soon.”

“I cannot wait to work with Rana (Daggubati), we are going to have a blast on-set and this show is the perfect project for us to work on. I am a huge fan of Ray Donovan myself and the entire team is pulling in all the stops to ensure we do justice to it,” added Venkatesh Daggubati.

Monika Shergill, VP, Content, Netflix India said, “We are excited to bring the powerhouse performers and stars Rana Daggubatti and Venkatesh Daggubatti to Netflix for their first ever pairing together. The series, Rana Naidu, will be a thrilling Indian adaptation of a record breaking international show and will take the audience on a breathless ride with the dynamic duo.”

“We are thrilled to partner with Sunder Aaron of Locomotive Global Inc. and NETFLIX on this new version of ‘Rana Naidu’ (Ray Donovan) for the Indian market,” said Roxanne Pompa, Vice President, Formats at ViacomCBS Global Distribution Group. “It is remarkable to see the adaptation of the storylines and the transformation of the characters and how well they fit into the local landscape and culture.”

Sunder Aaron, Locomotive Global Inc.,  “Rana Naidu is going to be an extraordinary and thrilling show for its viewers. Mounting a series of this magnitude for Netflix and with our top quality cast, showrunner, directors and production team is both a real privilege and an enormous responsibility for LGI. We are just getting rolling and cannot wait for the world to meet a new kind of Indian hero in Rana Naidu!”