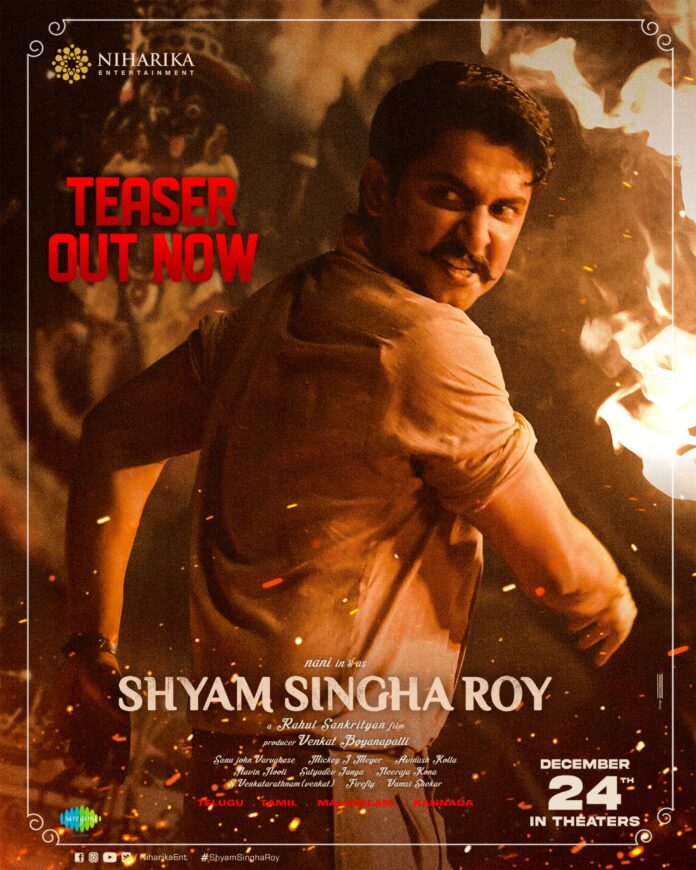 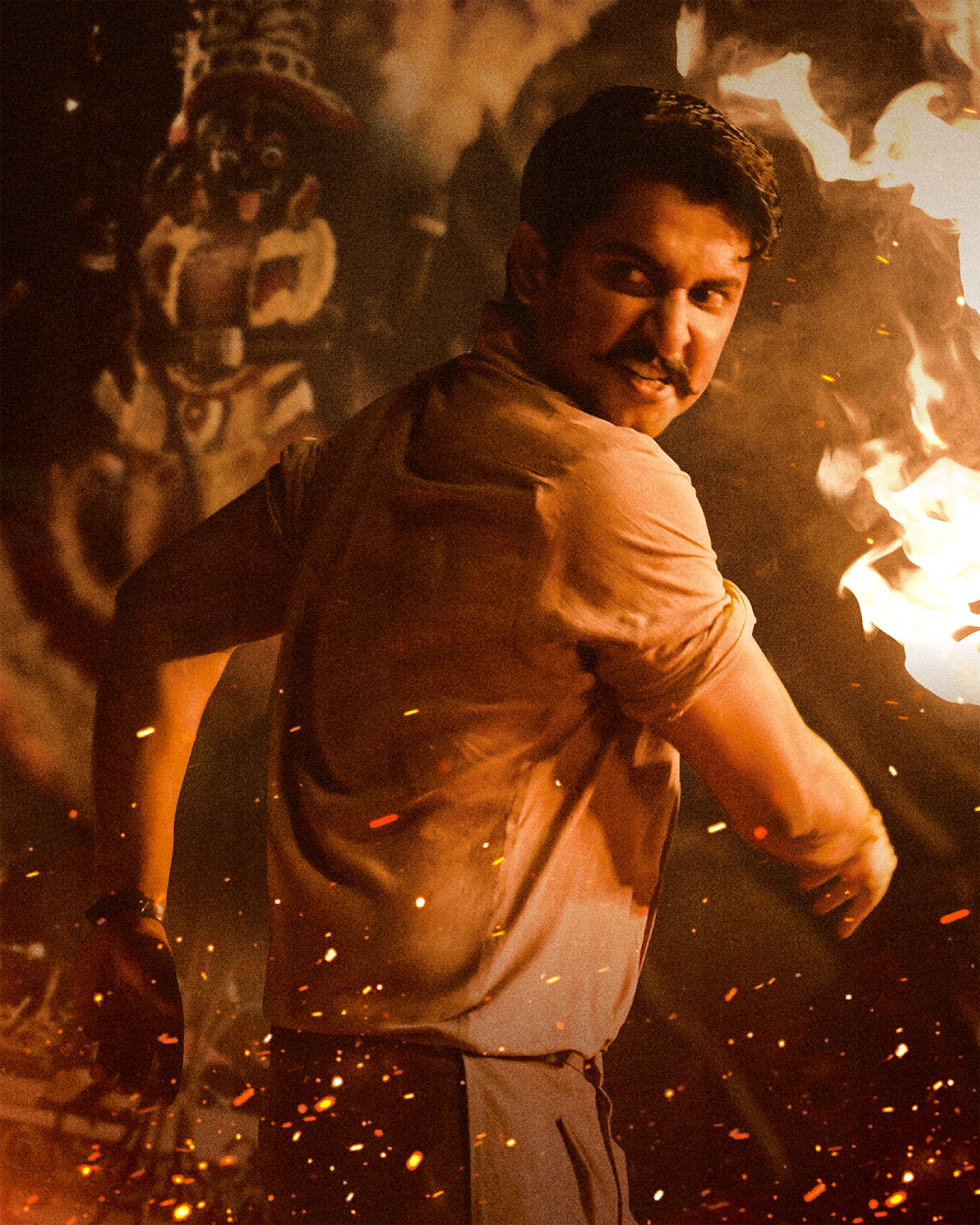 There was huge anticipation for teaser of Natural Star Nani’s magnum opus Shyam Singha Roy being helmed by talented director Rahul Sankrityan and produced on a massive scale by Venkat Boyanapalli under Niharika Entertainments as Production No 1, as people want to know what the film is all about and were keen to see Nani’s different dimensions. Much to the delight of movie buffs, the makers have unveiled the teaser today.

Shyam Singha Roy teaser begins with a female’s voice who expresses powerlessness in the land where those who are considered as gods behave like demons. When they are waiting for someone powerful enough, Shyam Singha Roy comes to fight for them. The teaser shows the pathetic life of Devdasis and rude manners of the rich on them. In Devdasi system, girls are dedicated to God and they are nothing more than sex slaves.

Shyam Singha Roy is not just a revolutionary writer who is protesting against this religious practise, but is also a powerful man who has courage to take on rich and influential people.

Sai Pallavi plays a challenging role and she’s seen dancing at a temple. Then, the teaser also shows other dimension called Vasu who’s in love with Krithi Shetty. There is also a lip-lock sequence between Nani and Krithi Shetty.

We don’t get to see other actors in the teaser, as the focus was completely on multi dimensions of the protagonist and two different stories in different timelines.

Although the video doesn’t give more information than this, it is enough for us to imagine the kind of monumental work we are going to witness on screen. Nani steals the show with his incredible portrayal of a revolutionary Bengali guy. He utters dialogue in Bengali language in typical Bengali slang. His body language and mannerisms make him look much more powerful. Nani underwent a complete makeover to play the Bengali guy, wherein he looks uber cool as Vasu.

Sai Pallavi is too good in her role and once again she showcases her dancing skills. She appears like a ferocious form of goddess Kali, when she dances in a temple in saree. Krithi Shetty looks glamorous as Nani’s love interest.

We can see the kind of research underwent to pen the script. Rahul Sankrityan showed lots of maturity in dealing this tough subject. Mickey J Meyer who understood the script very well has given his best to intensify the visuals with his terrific background score. Every frame appears like an art work, thanks to cinematographer Sanu John Varghese. And the grand production values of Niharika Entertainment are witnessed in every sequence. Avinash Kolla’s production design is outstanding, while Naveen Nooli cut the teaser flawlessly. Naveen’s master work is witnessed in a sequence where Krithi locks her lips with Nani and immediately we get to see a romantic pose of Nani as Shyam Singha Roy and Sai Pallavi. The transition was very smooth.

When a good story has the support of top-notch craftsman, the outcome will be a masterpiece and, in that case, Shyam Singha Roy is a masterpiece, going by the teaser.

They recently kick-started musical promotions by releasing first single Rise Of Shyam which got overwhelming response from all the corners. Now, expectations have reached sky high with the teaser.

Madonna Sebastian is the other heroine in the film that has original story by Satyadev Janga. Naveen Nooli is the editor, while National Award winner Kruti Mahesh and the very talented Yash master choreographed songs of the film.

Rahul Ravindran, Murali Sharma and Abhinav Gomatam will be seen in important roles in the film.

To be high on VFX, Shyam Singha Roy will be arriving in theatres in all south languages- Telugu, Tamil, Kannada and Malayalam on December 24th for Christmas.