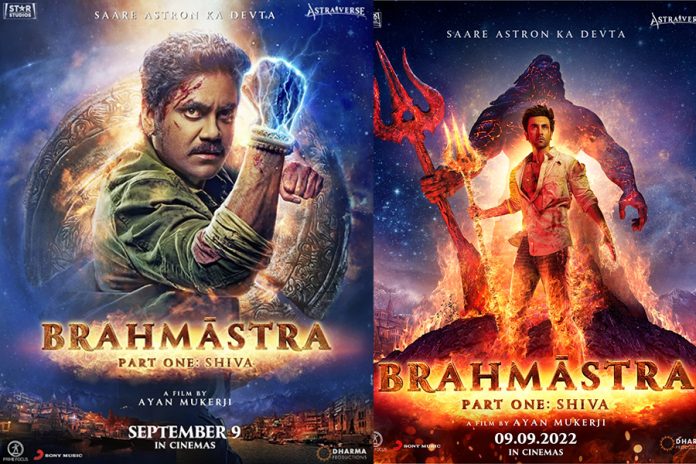 Nagarjuna: My Hindi Film Shiva Did Well All Over India but Brahmastra Will Become a Landmark Film.

Nagarjuna said that he is hopeful that Brahmastra will be a raging success at the box office and will shatter all previous records.

Telugu superstar Nagarjuna is all set to return to Bollywood with Brahmāstra Part One: Shiva after nearly two decades. The last Hindi film he was seen in was LOC Kargil (2003) where he played army officer, Major Padmapani Acharya. At the promotional event of the film in Chennai on Wednesday, Nagarjuna, who was joined by his Brahmāstra co-star Ranbir Kapoor and filmmaker SS Rajamouli, said that he is hopeful that the film will be a raging success at the box office and will shatter all previous records. “I’ve done a film [in Hindi] called Shiva (1990) which did well all over the country but I feel Brahmāstra will become a landmark film,” he said.

He stated that Brahmāstra will join the leagues of all the pan-Indian films that set the ticket counters ringing and performed exceptionally well all over the country. “I’ve always been inspired by Tamil films like Enthiran (2010) and 2.0 (2018). They travelled all over the world and were appreciated. Rajamouli sir’s Baahubali: The Beginning (2015) broke all the barriers and numbers. And then Baahubali 2: The Conclusion (2017), RRR and the KGF series came. Kamal ji’s (Haasan) film Vikram released after that and broke all records. And now we’ve Brahmāstra coming,” he elaborated.

Recalling the time when director Ayan Mukerji approached him for the fantasy film, Nagarjuna said, “I remember Ayan like a little boy coming home with a comic book in his hand. I said, ‘Ayan, what am I going to do in the film?’ He asked me to read the book. It was a 20-page comic book. It showed my character and what I’m doing in the film. They call me an artiste in the film and I’ve the most powerful astra with me called the nandi astra. That fascinated me.”

The Annamayya (1997) actor is finally elated to be doing a film rooted in Indian mythology in a career spanning almost four decades. He said, “I was always fascinated by Indian mythology because I grew up with it. In my younger days, I remember watching NTR garu and my father ANR doing mythological films. That was imprinted in my mind. And finally, after so many years of my career, I got an opportunity to do a film which deals with Indian Vedas, mythology, astras and culture. That really inspired me to Brahmāstra.”

Shedding light on his experience of collaborating with Ayan, the 62-year-old actor told, “The precision and the efficiency with which Ayan shot was incredible. What I saw on the screen as a finished product was just too fascinating. I’m so glad that I’m a part of it. When Ayan started working on the film, he was 29 and now he’s 39! I can imagine how much time, passion and love he put into the film.”

When asked about what are the other things that also impressed him about Brahmāstra, Nagarjuna shared, “Working with Ranbir was a wonderful experience. One of my most favourite songs from the film is Deva Deva. The video of the song is going to blow your mind away. And this is my first 3D film!”