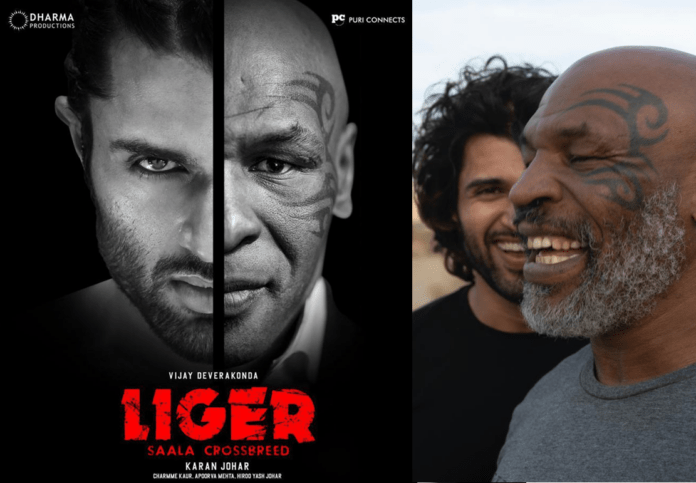 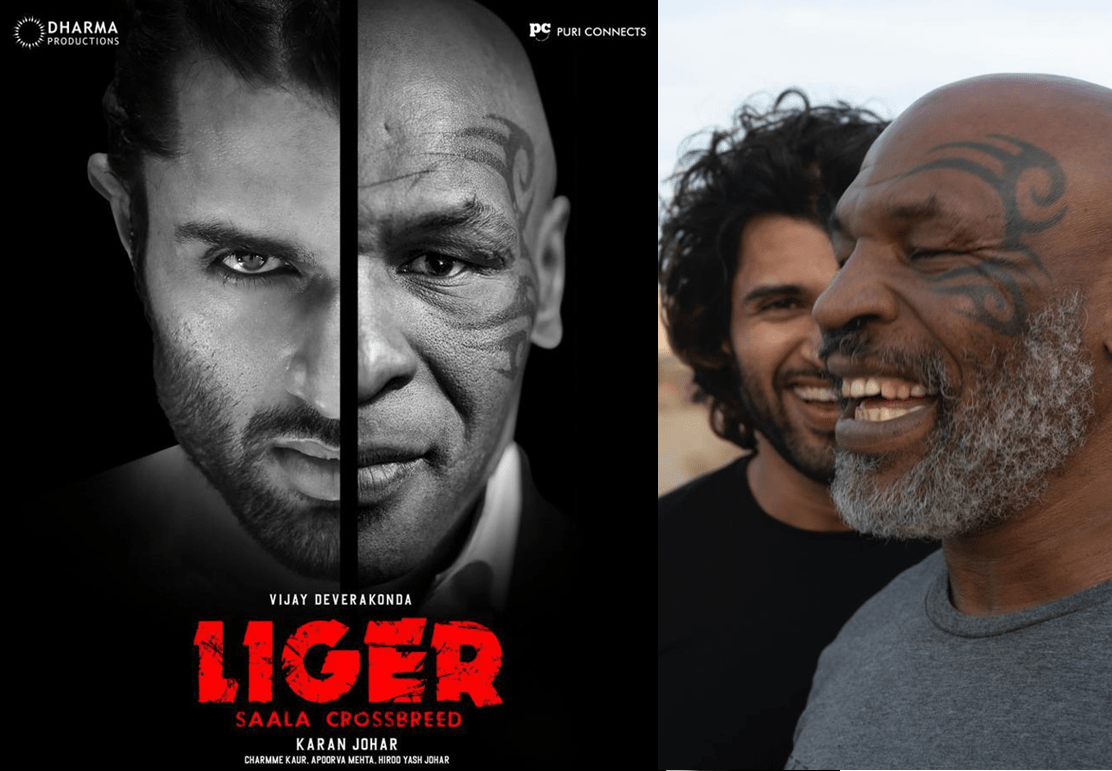 Legend Mike Tyson is making his Indian cinema debut with the most anticipated Pan India sports action film LIGER (Saala Crossbreed) starring the happening hero Vijay Deverakonda and being helmed by dashing director Puri Jagannadh. The unbeatable icon, known for his intimidating ferocious demeanour and impeccable striking prowess, is playing a significant and mighty role in the film.

The big day has arrived. The team is currently in USA to shoot the crucial sequences involving Legend Mike Tyson and Liger Vijay Deverakonda. The shooting schedule has begun today and they are canning these important scenes in a grand manner. The poster shows candid moment of Tyson and Vijay. They are seen all smiles, but they will not be same, when director calls ‘action’ to shoot their portions, as both play intense roles. They together are going to set the screens on fire.

Given it is one of the craziest Pan India projects and moreover The Great Mike Tyson on board, Puri connects and Dharma Productions are making the film on a grand scale.

The film in the crazy combination has cinematography handled by Vishnu Sarma, while Kecha from Thailand is the stunt director.

Ramya Krishnan and Ronit Roy play prominent roles in Liger which is being made in Hindi, Telugu, Tamil, Kannada and Malayalam languages.

Liger is in last leg of shooting and the makers are planning to release the movie in first half of 2022.