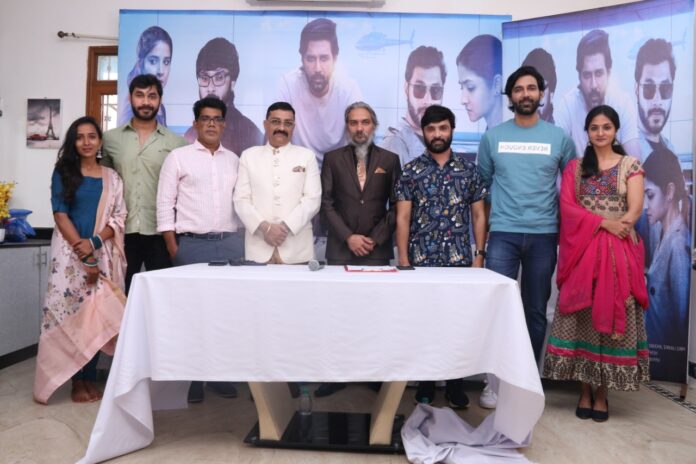 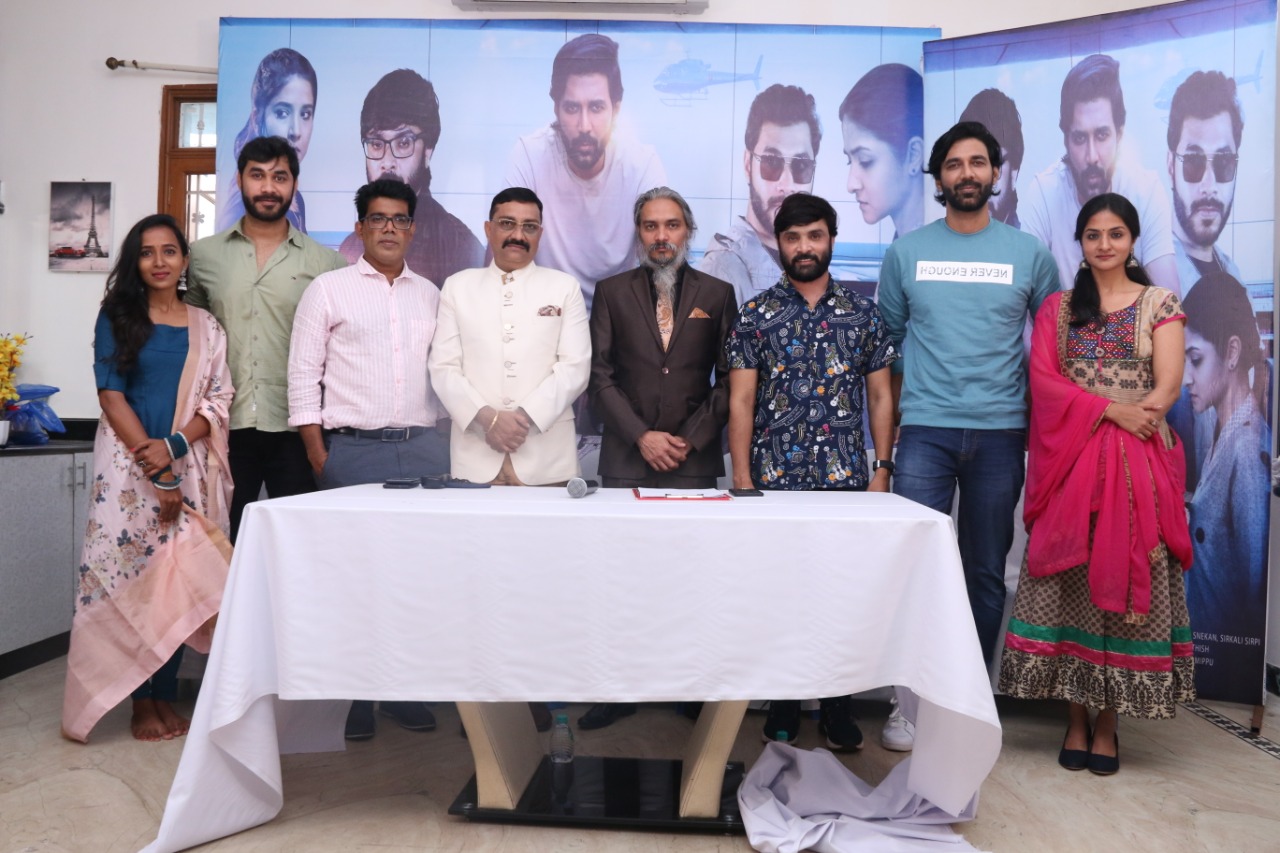 Kurukku Vazhi is an upcoming Tamil movie, which is an out-and-out action thriller. The film is written and directed by N.T. Nantha and is produced by K Singh and A Sharma. The movie features an ensemble star-cast comprising Dhruva, Pranay Kaliappan, Snekan, Sakshi Agarwal, Shira Gaarg, and Mippu alongside few more prominent actors. Apart from writing and directing the film, N.T. Nantha has handled cinematography and composed music. R.S. Agni (Editor), Arockiaraj (Art), Knife Naren (Stunts), Snekan, Sirkali Sirpi (Lyrics), K.K.S. Raja (Production Executive), KNR Samy (Production Manager), and Dinesh (VFX) are the technicians involved in this project.
Producer-Director-Cinematographer-Music Director N.T. Nantha said, “I earlier made a Tamil movie titled Valla Desam that was released in 2017. Following this film, I am currently directing a Hollywood movie titled 120 Hours, which has cinematography handled by me as well. We have almost completed the project and are eyeing for a 2022 release. During this juncture, we started working on this Tamil project titled ‘Kurukku Vazhi’. It’s been a long run dream for me to make Tamil cinema on par with International standard in both technical and narrative aspects. I am glad that London based K Singh and A Sharma has shown complete interest in producing more Tamil movies. They are producing my upcoming projects that will be made in grandeur and larger scale.  I was so passionate about making a good Tamil movie and didn’t give up even during the hard times of pandemic phase. I decided to stay here, and complete the project. When I was done writing the script, I wanted actors, who can breathe a natural life into the respective characters. Apparently, I found Dhruva, Pranay Kaliappan, Snekan, Sakshi Agarwal, Shira Gaarg, and Mippu doing complete justice to this film. We will be soon releasing the film’s teaser, which I believe, will exhibit our hard work. Kurukku Vazhi is made at a small scale level as we wanted this project to be a teaser of our vision. Although we have shot the film in limited locations, it will have top-notch technical quality.”

Lyricist Sneghan said, “I am glad to be a part of this project. The reason why I am here as a part of this film is because of the motive and vision of Nantha sir.. He is a busy professional in London, and yet, he wanted to come to Tamil Nadu and make good movies out of unconditional passion. He is a multi-faceted personality. It is illustrious with the departments; he has handled in this film. Apart from directing the film, he has handled cinematography, and composed music as well. I have penned lyrics for this film, and have played one of the lead characters. While the main characters are conmen, I play a role that is good in nature, who gets perplexed, where to be good or bad, after finding acquaintances with these people.”

Actor Dhruva said, “Kurukku Vazhi is a story about four conmen and I am one among them. I have never done such a negative character in my career till the date. It’s been a completely different experience shooting for this film. The movie is going to be technically outstanding on par with International standards. Director Nantha sir’s intention is top-notch, and he is shaping up this project with excellent craftsmanship.”

Actor Pranay said, “I thank one and all, who have made your presence here to support this film. This will be a movie with good theatrical experience. Kurukku Vazhi is an out-and-out action thriller.”

Actress Shira Gaag said, “It’s blissful to see the good welcome we are getting here with this first look. I am personally very much connected to this project and it’s so close to my heart. The first look reflects the quality and hard work as a team, we have exerted. I am excited to let everyone see the final output of full-length movie that we believe will be surely appreciated by audiences. Just like Snekan sir’s character, even my role has lots of substantiality. I am watching Nantha’s sir pure dedication and best work for past couple of years. I get astonished often looking at his brilliancy and proficiency in both technical and non-technical aspects. He was so passionate about this project that he didn’t leave for London, even during the pandemic phase as he wanted to complete this movie at any cost.”

Producer K Singh said, “We are happy to see the good welcome for our project here. I don’t want to talk more about this film. All that I can say for now is watch out for big fireworks soon.”

Producer Dr. A Sharma said, “The reason behind embarking on a journey as producers, herein Tamil movie industry, because of its relentless process of creating movies that are hard-hitting. This is the only industry that keeps making movies that are inclined to culture and doesn’t miss to showcase the social evils in an unbiased manner, thereby enlightening the audience.  This project ‘Kurukku Vazhi’ is just a small step, and we will soon taking bigger leaps with huge projects in the Tamil movie industry. We have already confirmed a few projects, but I cannot talk about them now due to professional reasons. We have started our venture here under the leadership of Nantha. I can assure that our production house will be the top and best among others in the years to come, by producing good movies. Our vision is to make good movies that are a support to society. We need all your wishes and support. At this point, I would like to admit that Chennai is such a wonderful place with good hospitality.”