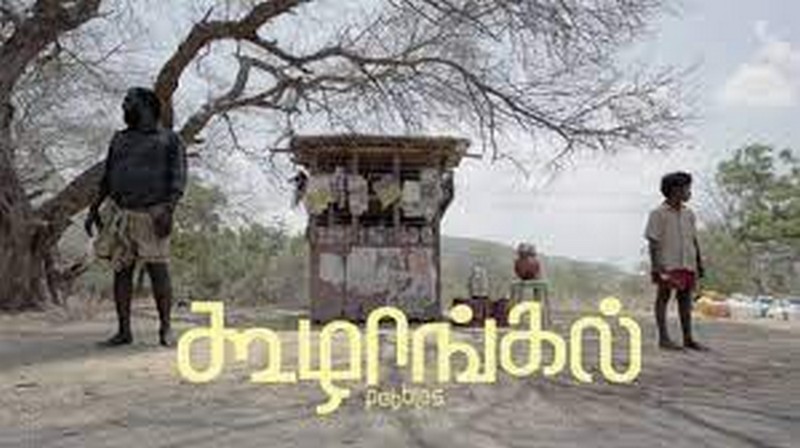 ‘Koozhaangal a.k.a. Pebbles’ directed by newcomer P.S. Vinothraj and jointly produced by Nayanthara and Vignesh Shivan of Rowdy Pictures has found immense popularity by winning honours at several International Film Festivals. This includes the highest honour of ‘Tiger Award’ at Rotterdam International Film Festival. The film is to be screened at one of the most prominent “New Directors-New Films!!!” series, New York. Significantly, this marks the 50th edition of New Directors-New Films!!! What’s so fascinating is to see USA’s most-celebrated film critic Richard Brody acclaiming Koozhaangal as the best dramatic feature film in this year’s “New Directors-New Films”.

Richard Brody is famous for his spellbinding reviews written in America’s most leading magazine ‘New Yorker’ for the past 20 years. He is known for his prodigious writing style and through his writing gives the audience an experience that is as good as watching the film. His insights and profound understanding of cinema is extraordinary. Moreover, the book he has authored titled ‘Everything is cinema: the working life of Jean-Luc Godard’, through conversations with Assange Godard has been the ritual book for many aspiring and leading filmmakers-technicians across the globe. He also participated in the “Sight & Sound” Critics’ Poll, which is considered as the most important poll in the world in 2012. He has written a long analysis of Koozhaangal (Pebbles) in the New Yorker online portal. 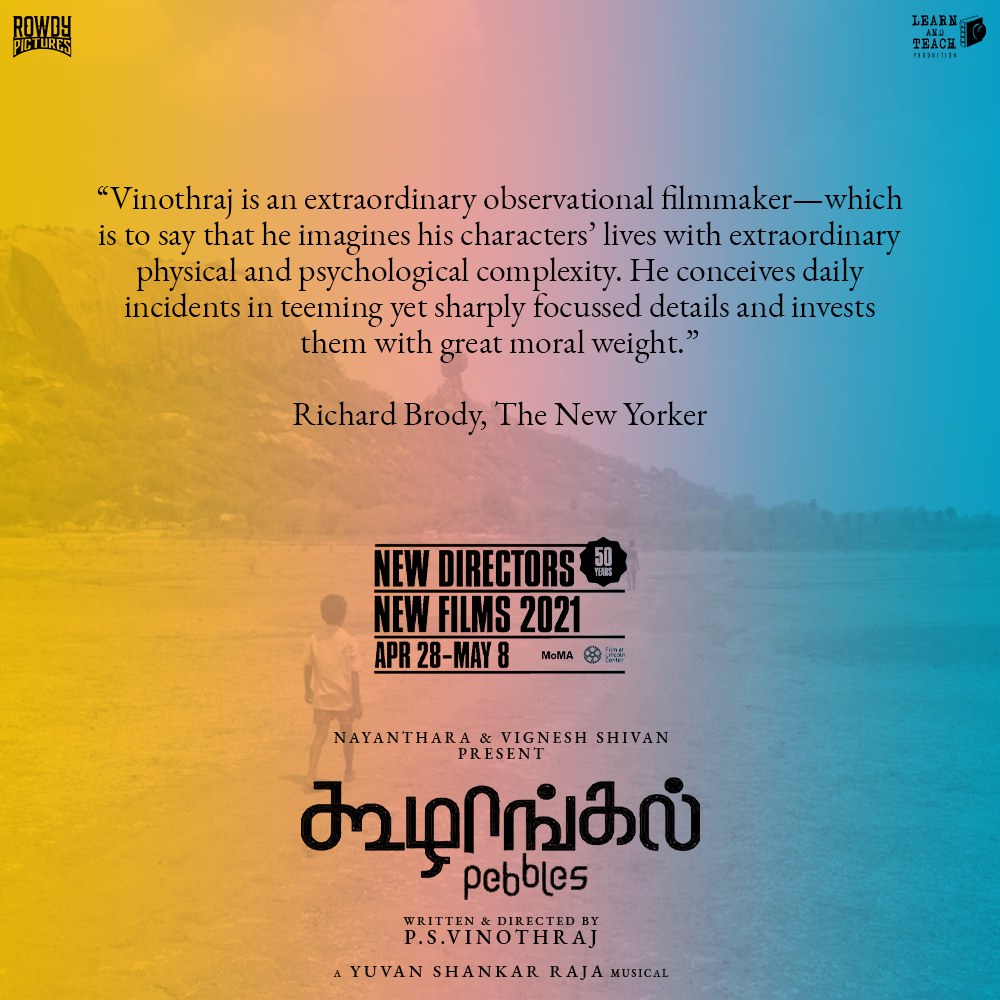 The article reads, “Pebbles,” which is the best dramatic feature I’ve seen in this year’s New Directors/New Films series. With the stark clarity of its story and the audacity of its style, it presents a complex view of social life, material conditions, and the struggles for selfhood. Vinothraj is an extraordinary observational filmmaker—which is to say that he imagines his characters’ lives with extraordinary physical and psychological complexity. The bravura of Vinothraj’s filmmaking is on most conspicuous display in a roving nine-minute take, stage-managed with precision.” Besides, he has acclaimed the film for its ravishing ending, which he assures as the most memorable endings in recent cinema.

Director Vinothraj This review by Richard Brody quoted, “We, the entire team of ‘Koozhangal’ are excited to have gained such wowing praises from the leading personalities across the globe. Just like the ‘Tiger Awards’ has gained us more recognition, there is no doubt that the words of critic Richard Brody and the review published in the New Yorker will make Koozhangal find an immense reach across the league of filmmakers and cinema enthusiasts around the world.”