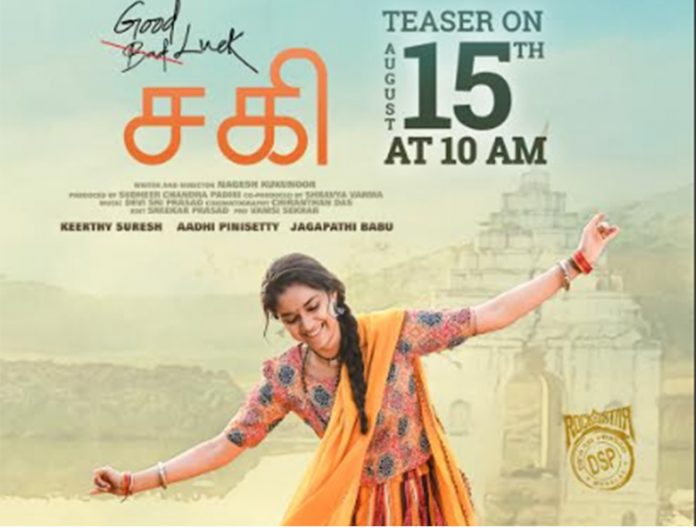 Keerthy Suresh’s Sakhi Teaser Will Be Out On August 15th

Good luck Sakhi is a woman-centric film where Keerthy Suresh is playing the title role. The film boasts proudly of a female dominated crew lead by co-producer Shravya Varma.

Directed by Nagesh Kukunoor, Sakhi is a multi-lingual film being made simultaneously in Telugu, Tamil and Malayalam languages.Popular producer Dil Raju is presenting the film while Sudheer Chandra Padiri is producing it on Worth A Shot Motion Arts banner.The makers have announced to release the film’s teaser at 10 AM on August 15th as Independence Day special. The poster sees Keerthy Suresh as a rural girl dancing in her element .Aadhi Pinisetty and Jagapathi Babu are the other prominent cast in the Sports rom com  backdrop . Keerthy Suresh will be seen as a shooter. 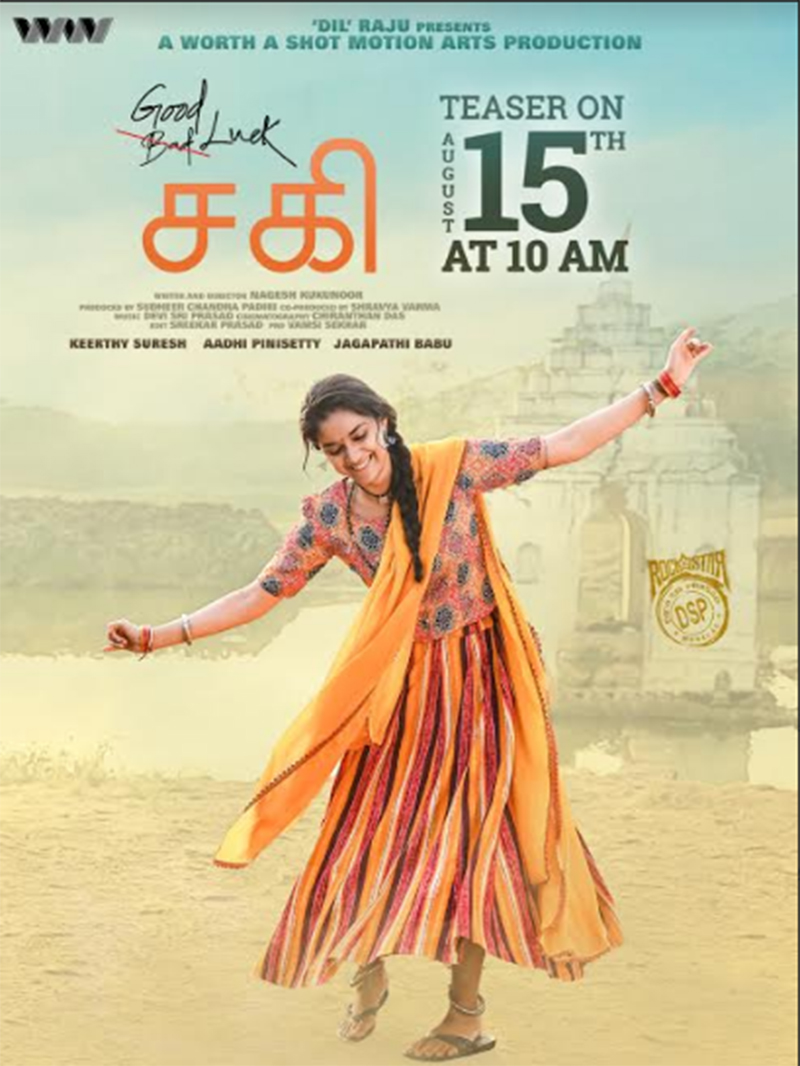