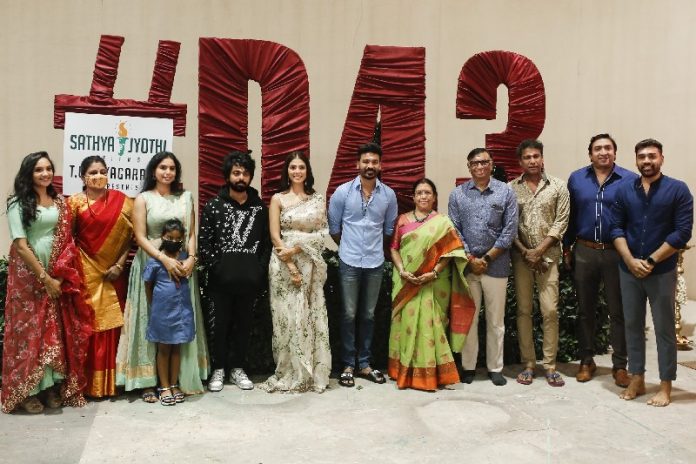 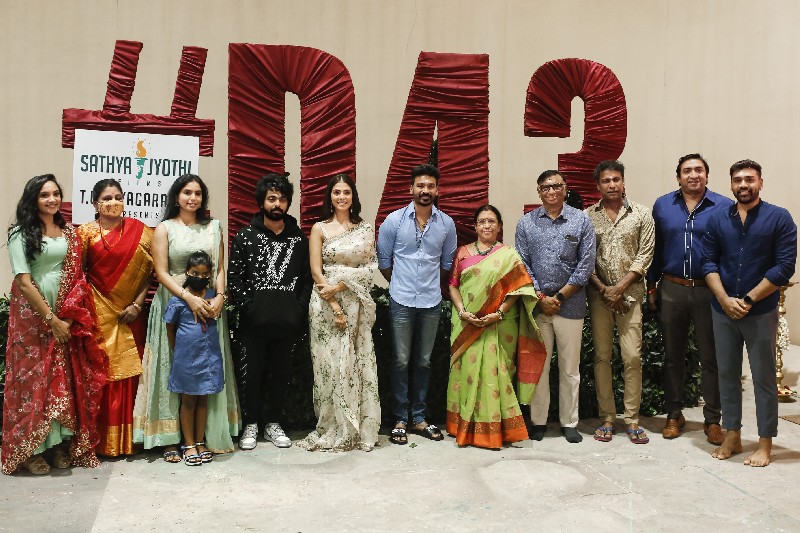 Having produced a number of blockbuster films over the years, Sathyajothi Films has emerged as a household name in the field of production. Following the success of the 2020 Pongal release ‘Pattas’, Sathyajothi Films have yet again joined hands with actor Dhanush for D-43.

The film is directed by Karthick Naren, who had previously directed films like ‘Dhuruvangal Pathinaru’, ‘Mafia’ and ‘Naragasooran’. D-43 will see the teaming up of Karthick Naren with Dhanush and Sathyajothi Films for the first time.

GV Prakash is joining hands with Dhanush for the 5th time, following the blockbusters ‘Polladhavan’, ‘Aadukalam’, ‘Mayakkam Enna’ and ‘Asuran’.

The film stars Malvika Mohanan as the female lead with Smurthi Venkat and Samuthirakani playing crucial roles. Lyricist Vivek has been roped in to write the additional screenplay and script for the film.

The shooting of the film started with Pooja at a popular studio in Chennai today. The first day of filming was for a song sung by Dhanush with music by GV Prakash Kumar. The peppy dance number has been choreographed by Jani Master with Vivek writing the lyrics.