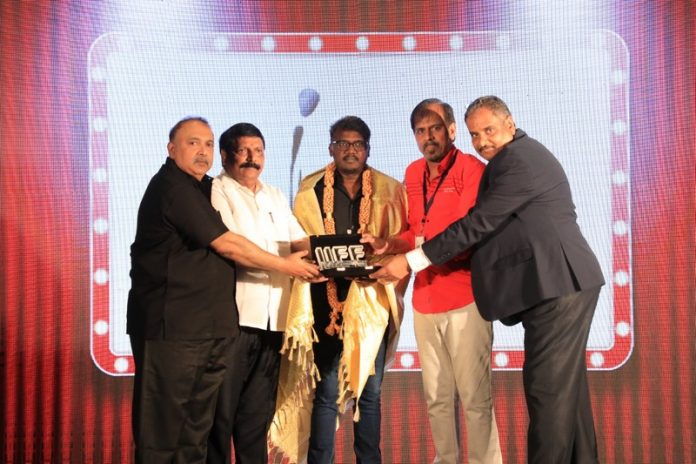 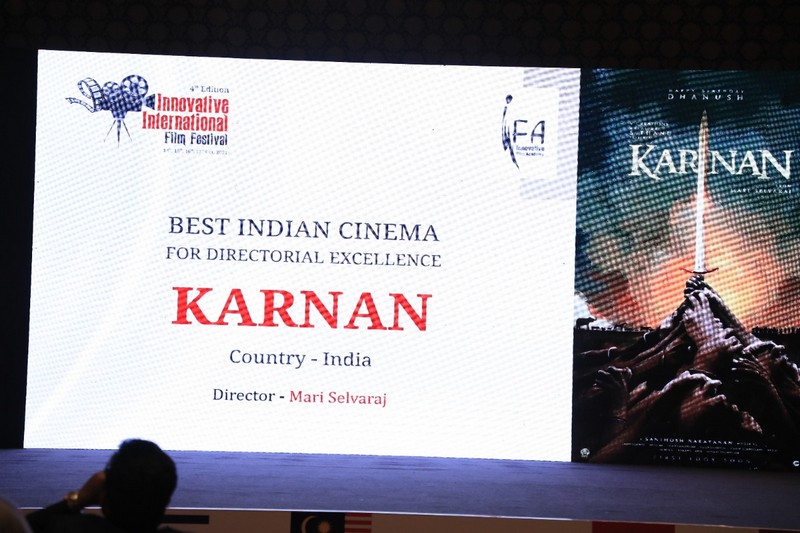 More than 100 films from 20 countries were selected and screened in 30 languages at the Bangalore Innovative International Film Festival.
At its closing ceremony today (19.10.2021), Director Mari Selvaraj received the award for Best Indian Film for the film Karnan.

The film, which was produced by V Creations Kalaippuli S Thanu and starred the versatile Dhanush in the lead role garnered positive reviews from both critics and the audience, with praise for the storyline, casting, setting, direction, performances and major technical aspects of the film. Not just critically acclaimed, but the film turned out to become a box office blockbuster and the highest grossing Tamil films of 2021.

The film featured the titular character Karnan, hailing from a conservative background, fighting for the rights of his people. 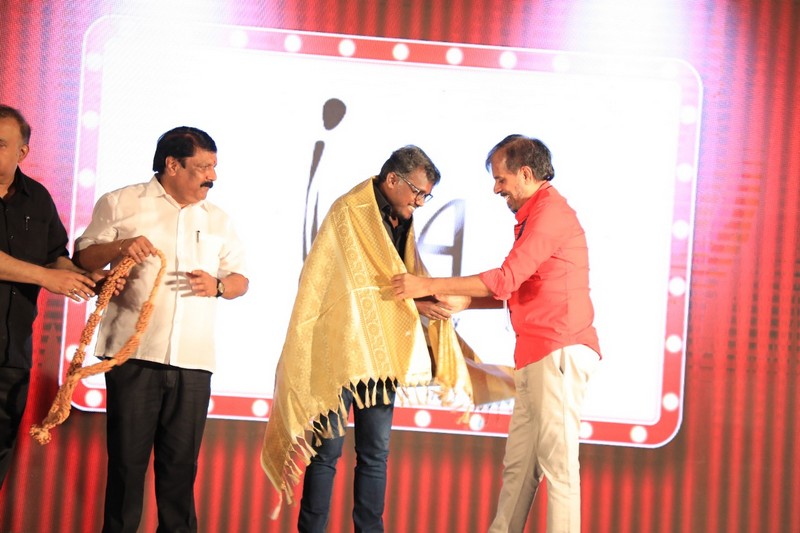 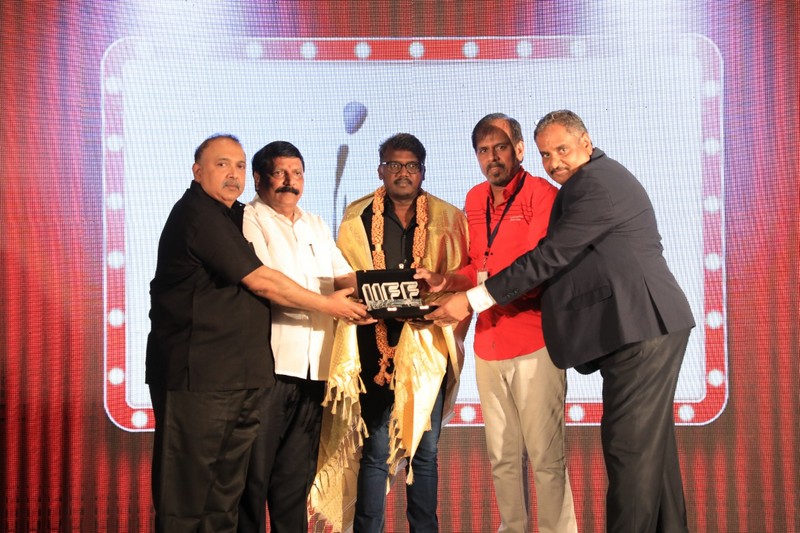 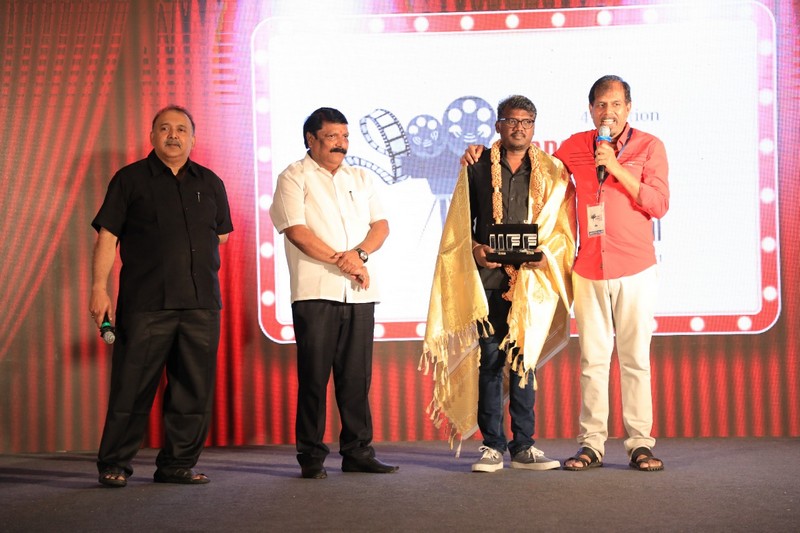 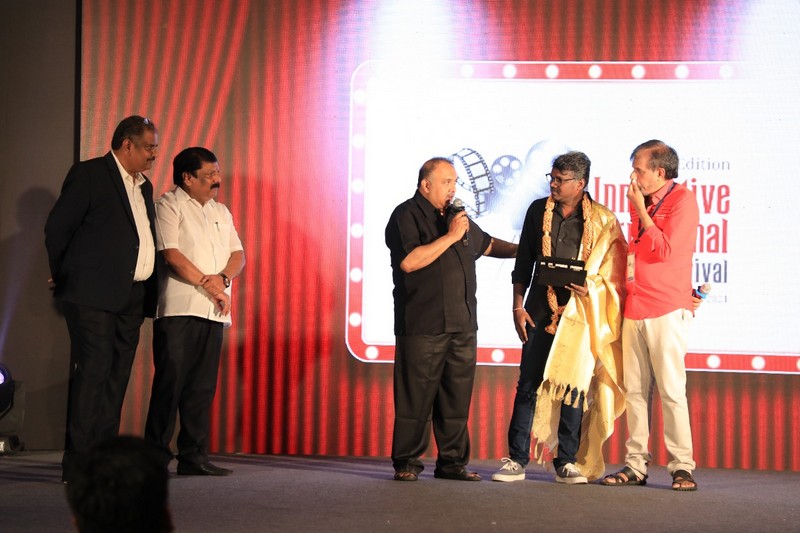