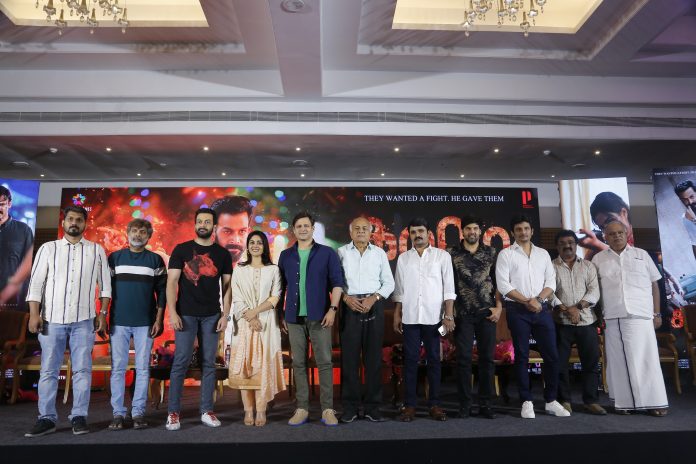 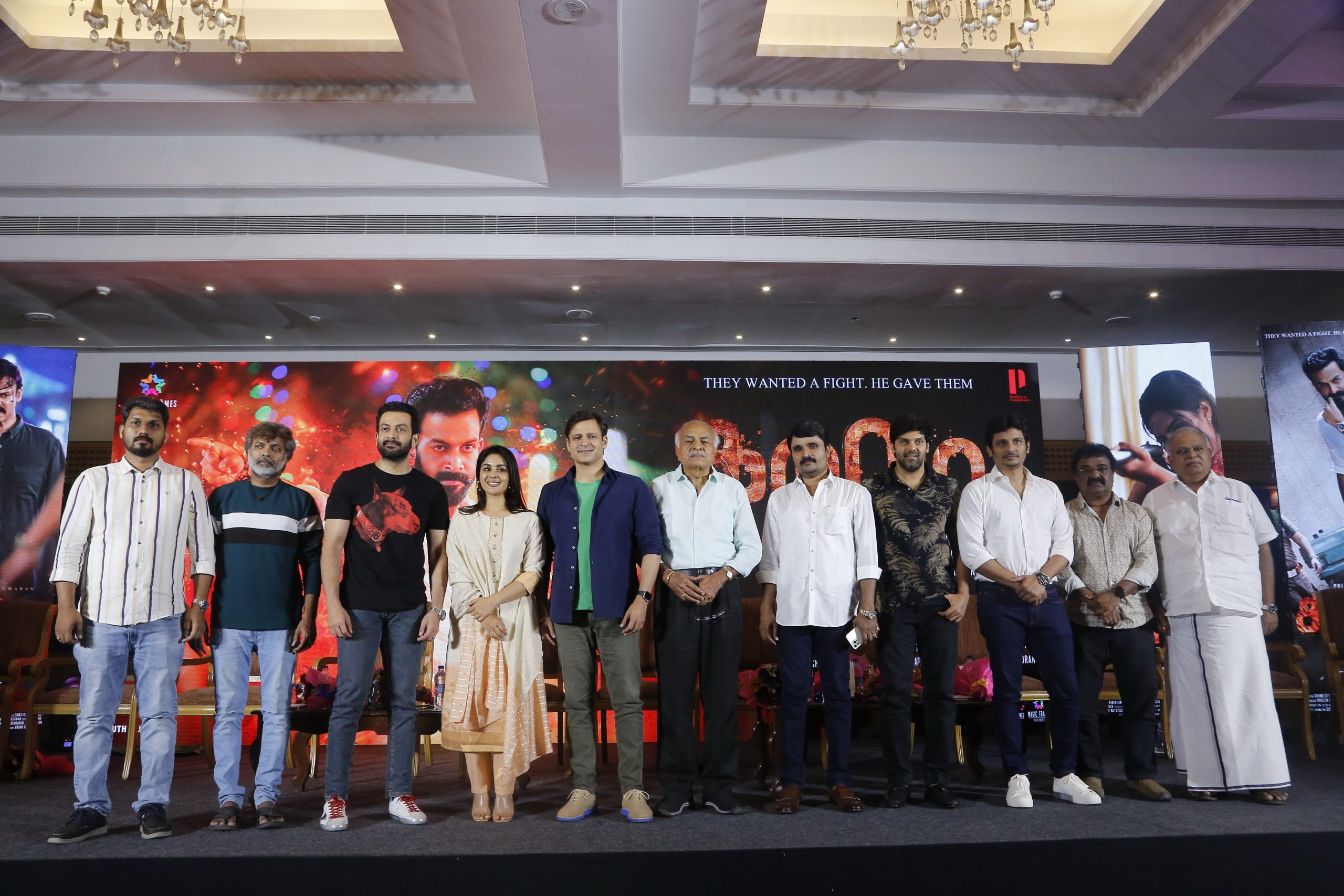 Ahead the press conference, the team gave video interviews to various YouTube channels and then attended the meeting. The event was hosted by Anjana Rangan.

After the conference, the team sat down for a QnA session with the press where they spoke about various topics like Pan-Indian films, overseas market, shift in genre, etc. The team believes that Malayalam cinema is in a phase where they are making content-oriented films; people are missing commercial entertainers and ‘Kaduva’ perfectly fits the bill.