August 3, 2020, Chennai: Legendary Director Bharathirajaa, who is also a leading film Producer has announced the formation and commencement of a new association today named TAMIL FILM ACTIVE PRODUCERS ASSOCIATION.
Commenting on the formation, he stated that the new Association is in no way in conflict with the existing Tamil Film Producers Council, which will remain as the parent body and we will continue to be its members and support in its growth. The new Association is formed with a view to protect the interest of active film producers, whose requirement for producing, marketing, distributing and managing their film business requires much higher focus and attention. This is not new and already both in Hindi and Telugu film industries, a separate Active Film Producers Association exists and operate successfully with only limited active producers while a Regular Film Producer council also operate there smoothly.
The active and current film producers in Tamil cinema are looking for a strong leadership and support in the following areas, in the absence of such a leadership for over a year:
1. To get back into active film business, which is facing several challenges, after the impact of Corona.
2. To safeguard the interest of active Producers in completing and releasing their films without any hurdle.
3. To represent to Government of TN to get back to shooting once the corona impact reduces and to allow opening of theatres to release many films, which are ready.
4. To represent to TN Government in removing the local tax and helping the industry to get back on its feet.
5. To help the active Producers in the business of their films in every possible way.
We are commencing this new Association under my leadership with the above objectives. The Management Team of the Association shall be formed only after we enroll active film producers as members, which has commenced today.
I appeal to the members of Tamil Film Producers Council, not co consider this new association as a conflict or a breakup but as a necessity of the active and current film producers under the current trying situation and request them to support the same.
I also appeal to the active and current film producers to join our new Association and support in its aims and objectives.

P. BHARATHIRJAA
PS: To enroll as a member, do write to our team at: [email protected] 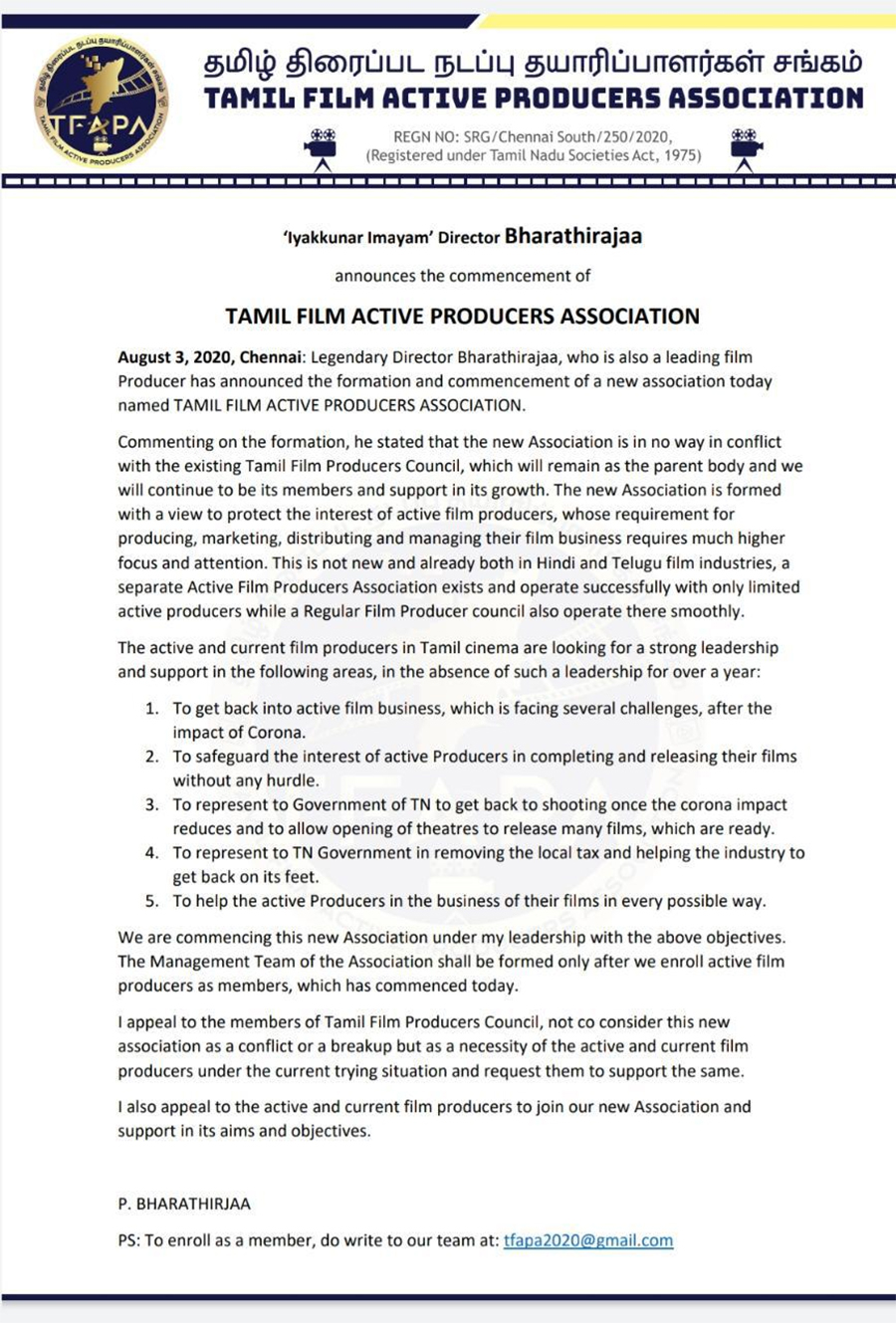