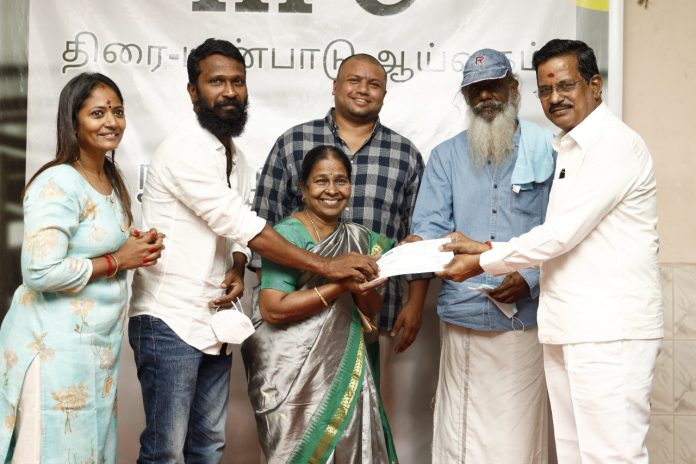 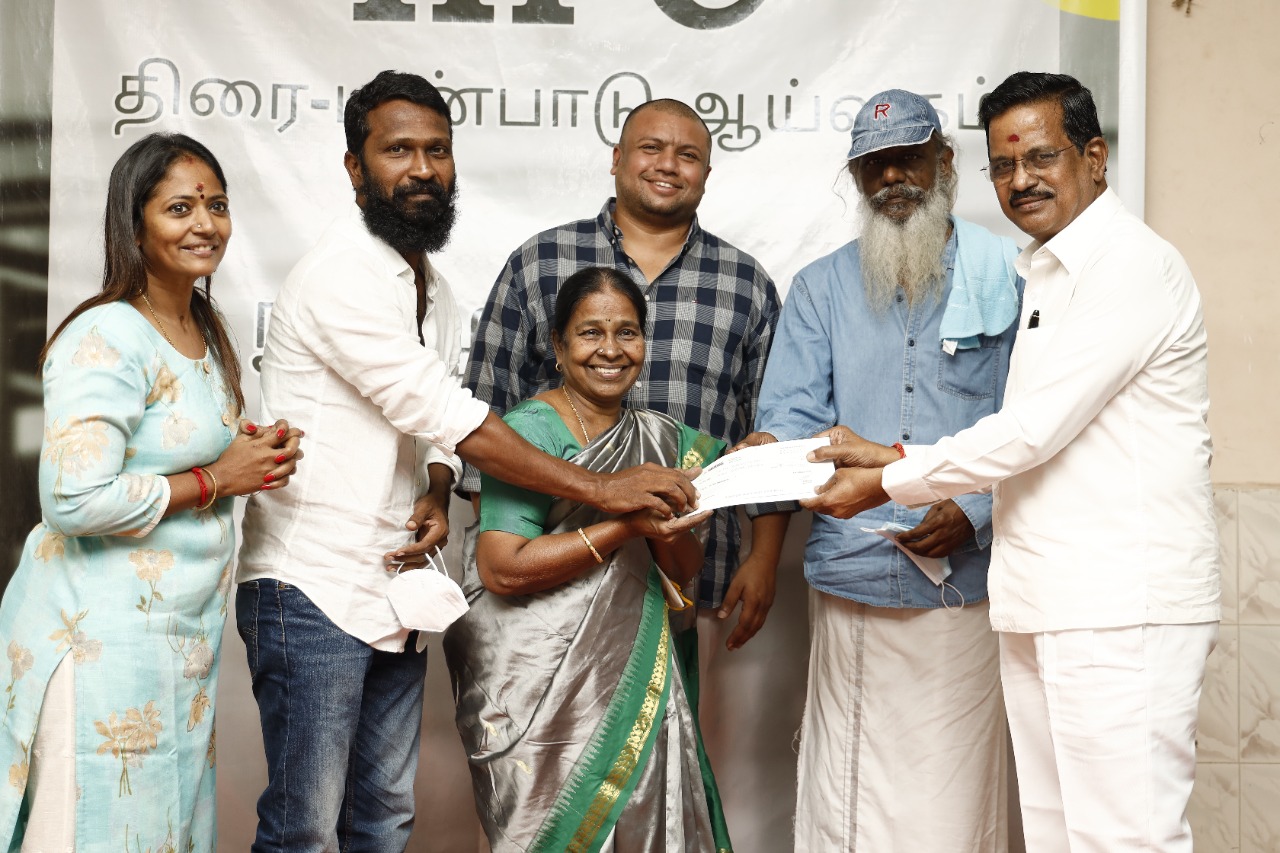 After the verification process is done, if the interested candidates are willing to show their struggle and culture, with the consent of their family, I have arranged facilities like education, food, hostel accommodation for the students and have created this institution to help the students become the best version of themselves in the media field.”, says Director Vetrimaaran, Founder of IIFC.

During the inaugural function of the institute, Kalaippuli S Thanu was the first person to contribute a sum of ₹1 Crore and handed it to Director Vetrimaran’s mother Meghala Chithravel, and announced that Vetrimaaran would select one among the students studying at the institute, and he/she will be given the opportunity to direct films under his banner V Creations. 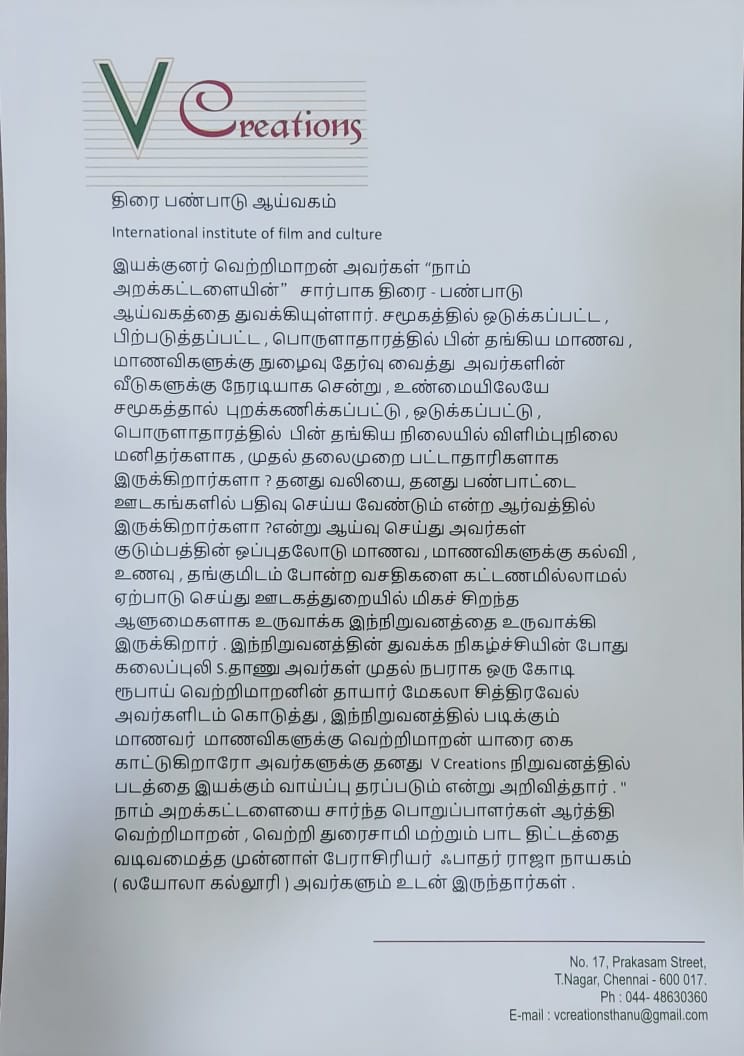