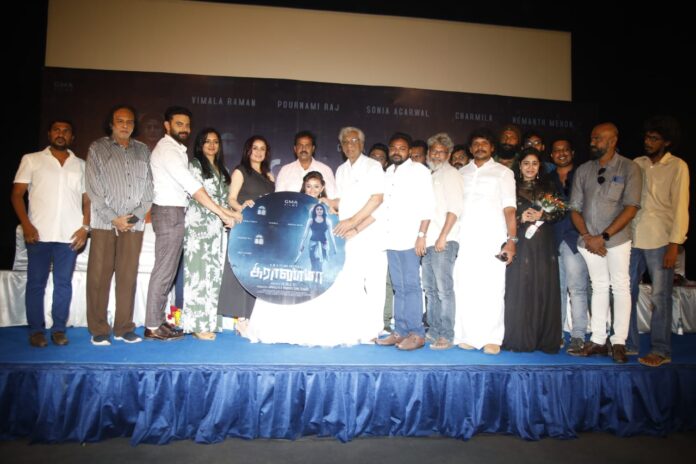 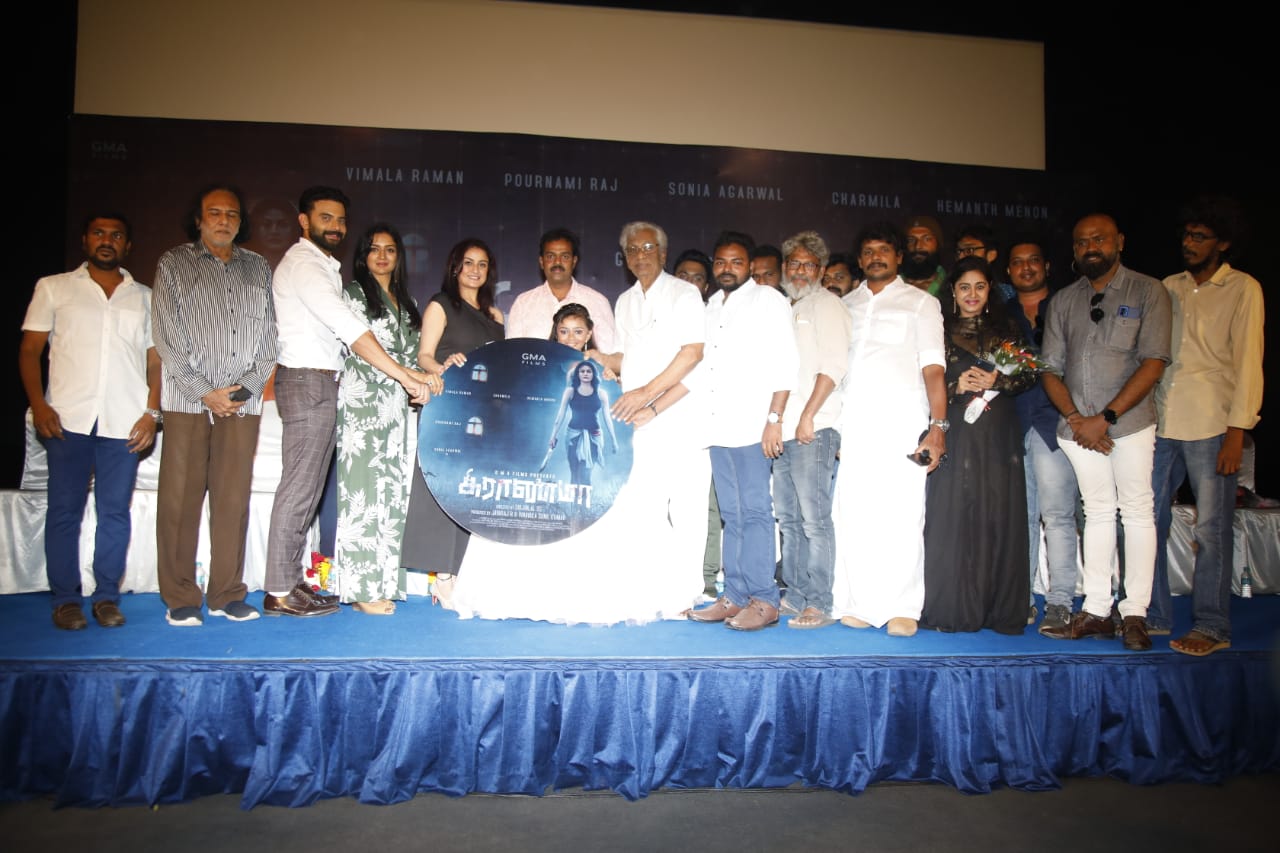 Sonia Agarwal starrer Grandma, a horror-thriller film had its trailer launched today. This spine-chilling horror-thriller flick features Sonia Agarwal, Vimala Raman, and Charmila in the lead characters. The film is directed by Shijinlal S.S. and is produced by Jayaraj R and Vinayaka Sunil of GMA Films.  Here are some of the excerpts from the event.

Producer Jayaraj R said, “We shot this film during the pandemic phase in Kerala and it involved lots of challenges. Today, I am emotionally gleeful as we have the end product. We had to shoot a major chunk of movie for 12 continuous days. I am thankful to the entire crew for being totally supportive.”

Music director Jedin George said, “As we see the trailer, in many places, I could the music in subtle way. I thank my director for giving me space to establish my efforts. I thank Sonia Agarwal, Vimala Raman and the entire crew for being supportive.”

Actor Hemanth Rao said, “I thank director Srijin Lal for offering me this role. Both Sonia Aggarwal and Vimala Raman have done a fabulous job. I have already done a Taml movie in lead role. I am confident that Grandma will be a great entertainer for audiences from all walks of life.”

Actress Sharmila said, “I thank the entire crew for being so supportive. Both Sonia and Vimala made me relive the college days. The whole crew made me feel like family. The little girl Pournami Raj has done a fabulous job. The situation is so positive now as the pandemic phase is coming to an end. I request everyone to come theaters and watch the movie along with the family.”

Director Shijinlal S.S. said, “The entire process of making Grandma was a huge challenge. We had to shoot the major portions during COVID -19 and without the support of my crew, this would have not been possible. During the shoot, Sonia and Vimala Raman had to bear with me consistently. I owe them a lot for their patience and unconditional support. Grandma will be a newfangled horror thriller. The first half will have myriad horror elements and the whole second half is about survival drama. I am sure that audiences wil have a different and unique experience with Grandma.”

Actress Vimala Raman said, “Initially director Shijin approached me for a different project, but later we happened to end up with Grandma. Although the entire film was based on horror-thriller concept, the working experience was really enjoyable. Myself and Sonia Agarwal have been sharing good friendship for a very long time. Working in Grandma was like a reunion. The little girl Pournami Raj surprised us on the sets with her outstanding performance. She has all potentials to become a successful actress. I request everyone in the media industry to support the film. I am confident that Grandma will be liked by all audiences.”

Actress Sonia Agarwal said, “This is a moment of thanks giving as I am teally grateful to the producers for offering me this opportunity. I thank Director Shijin for getting me on this project. Without Vimala Raman, my experience would have been odd as I was scared to stay inside my room alone while shooting a horror film. I thank the whole crew for making me feel comfortable on the sets “