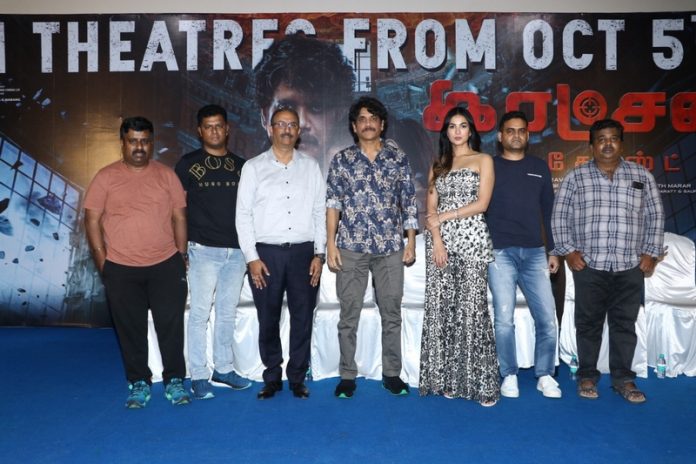 The Team of Ratchan – The Ghost spoke as follows in the Press meet:

I did the tamil translation for this movie.First i was afraid when i got this oppurtunity.But i felt happy once i started working.Like the same,the movie will be surely liked by everyone.I would surely say this film has all the elements of Mass Commercial Entertainment.I thank the producer,director and Nagarjuna sir.

This is my first attempt.The Telugu writers has wrote all the songs very well.Like the same i tried my best to make the songs come good in tamil.I thank everyone for this oppurtunity.

It was a great experience to work in this film.It is a blessing to work with huge stars.We have brougth this movie to theatres after facing many struggles during the Covid. I was also a Chennaite in my childhood.Nagarjuna sir has a huge fan base in tamil.During this 2 years,my family,wife,relatives most of the time asks about Nagarjuna sir only.I have watched him since my childood.Today i feel happy to work as a cinematographer in his film.

This is my 4th film with Director Praveen.I have already worked in 3 films with him.So we have lot of understanding between us.I will be working with him again in one more film.There is a huge expectation for this film after the teaser got released.I believe the film will be even more great than the teaser and trailer.Actress Sonal Chauhan has acted in Action sequences.She has performed equally in stunt sequences on par with Nagarjuna sir.She has acted without any Dupes.We have to appreciate her for this.

I thank everyone for giving me this wonderful opportunity.This film is coming out in Tamil.I hope you all will like the film.This character was both challenging and satisfying for me.Tamil cinema always gives quality films.Recently released PS1 is a great example to it.

Nagarjuna sir motivated me so much to perform in this role.I thank Sarath sir, Rammohan Rao sir and Director Praveen sir.I thank Mukesh sir for appreciating me.

Director Praveen has made this film very well.Nagarjuna sir have performed well in the film.Dinesh Subbarayan and Kicha has worked as the Stunt masters in the film. Bharath Saurabh and Mark K Robin has did the music for the film.Cinematography is by the tamil boy Mukesh.

I thank Sunil, Sarath and Puskar Ram.I thank Dream Warriors S.R.Prabhu sir for releasing the film in tamil.I feel happy that Sony music is releasing the album.This film will release on Oct 5.

This film is a complete entertainer.I did my engineering in a college near to Selayur,Tambaram.

I wanted to see Nagarjuna sir in screen like how i wish to see him.So i wrote this story thinking him in mind.Producer Sarath sir made sure we get what we wanted.Sonal Chauhan has acted very well.She has done the Action sequences very well.

During the Second wave and Third wave of Covid,Sarath sir gave us a great support.We shot this film in places like Dubai,Ooty.I thank all the Actors and Technicians who worked in this film. 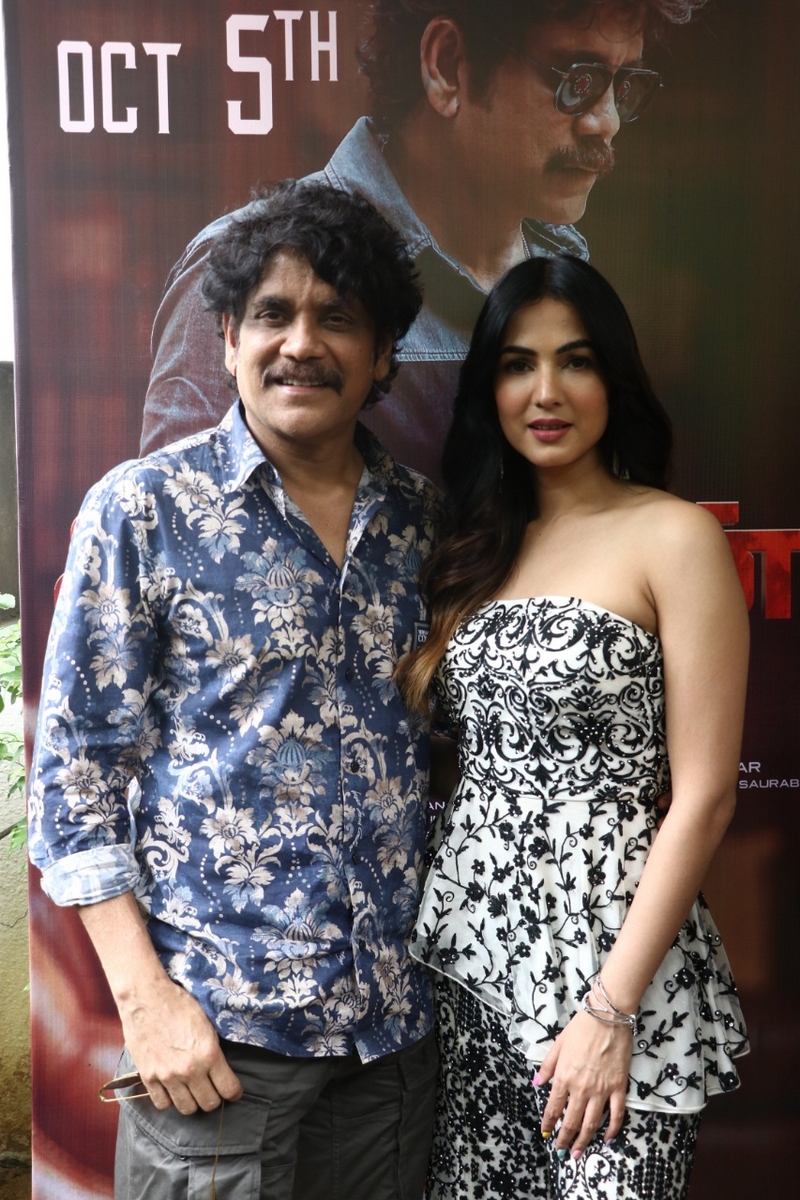 I was born and brought up in chennai.After that my dad took me to hyderabad.I feel like home every time i come to chennai.I studied here in Guindy.

I used to call Mani Ratnam sir as Mani.My wishes to Mani for the success of Ponniyin Selvan.Congrats to Vikram,Karthi who is like a brother to me,Jayam Ravi and A.R.Rahman for the huge success of PS1.

I became popular in Tamil with the film Geethanjali which is directed by Mani Ratnam even before my film Ratchagan got released.

I cannot forget the experience working with Mani during the film Geethanjali.People appreciated me for the film Udhayam.Then Ratchagan became a huge hit.The Movie Thozha also became a hit here.I became close to Karthi during the film Thozha.Like the same my film Payanam also got good response from tamil audience.

First there was no plan to release Ratchan in tamil.But once we saw the film we planned to release the film in tamil as well.I thank Ashok sir who did the Tamil translation for the film.I did the Tamil dubbing by myself.This film is releasing on Oct 5th.

Only a Great and exciting contents will bring the audience to theatres nowadays.The Cinematography has came out very well.

There are fight scenes with Samurai Sword.We took training for this.We have made a sequence which is combination of both Dance and Stunt in the film.It will be a great experience for the audience to watch it.