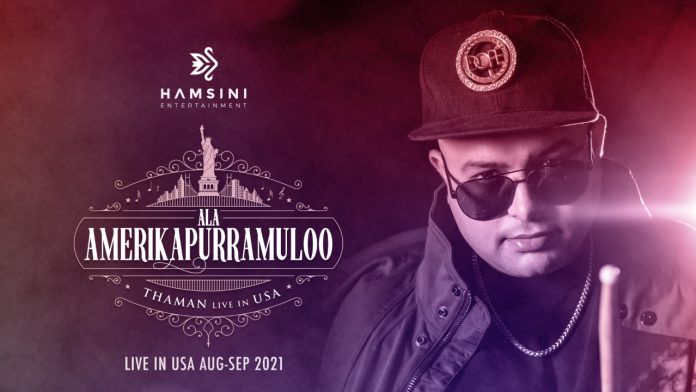 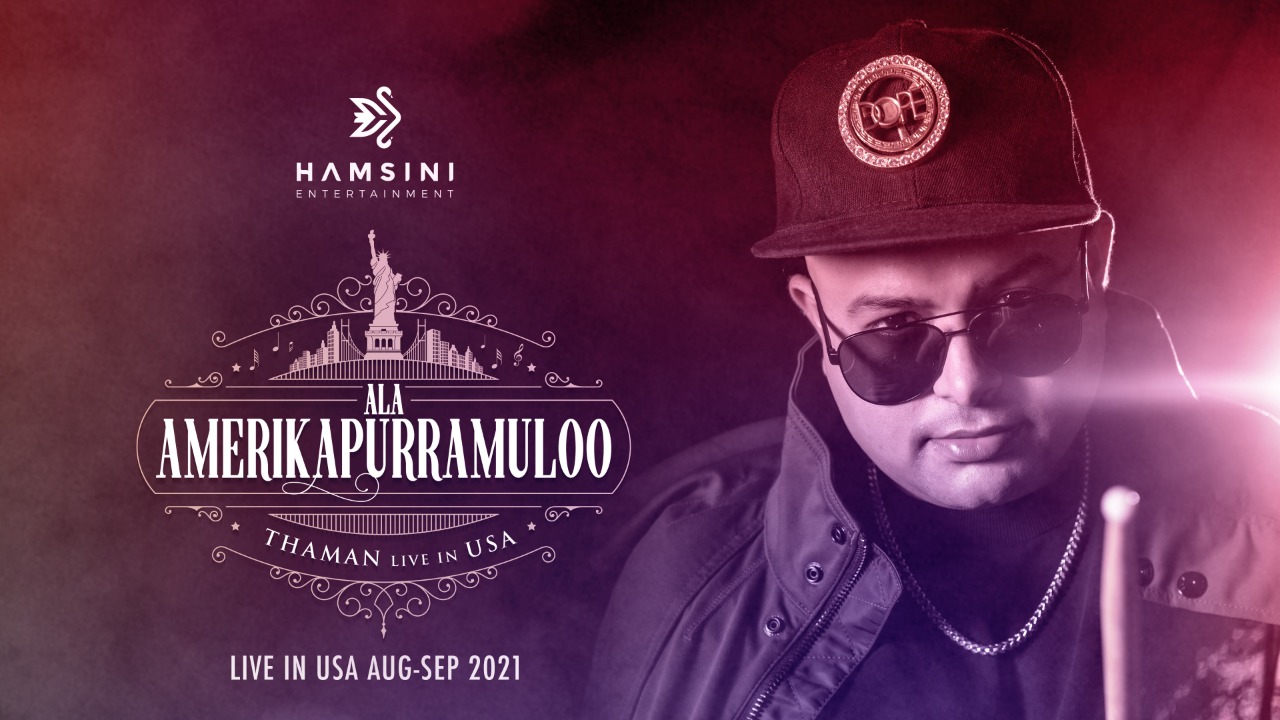 Hamsini Entertainment which is a pioneer in delivering sensational musical concerts is bringing Tollywood Sensation Thaman this year to the United States for a dazzling display of musical carnival titled ‘Ala Amerikapurramuloo’. They have previously organized the biggest concerts with AR Rahman and Anirudh Ravichander.

Thaman has been in miraculous form in recent times and is the most sought musician for the stars and also the music lovers. Thaman will be touring the United States in August and September and will be performing live in Washington D.C., Chicago, New Jersey, San Jose, and Dallas.

A Tollywood Top Director and a star hero will be the Chief Guest for this tour. Many star heroines, and other popular celebrities will perform along with Thaman to bring the best of the music experience to the fans in the United States. The events are planned with full on entertainment with songs, dances, skits, and visual treat with big stage production. Special artist across the world like Russian, Belarus dancers will make your day even special with lights, pyros and special effects.

The event is aimed at promoting the importance of vaccination and bringing back the good old memories of celebrating life together. More details of this Biggest Musical Bonanza will follow soon…