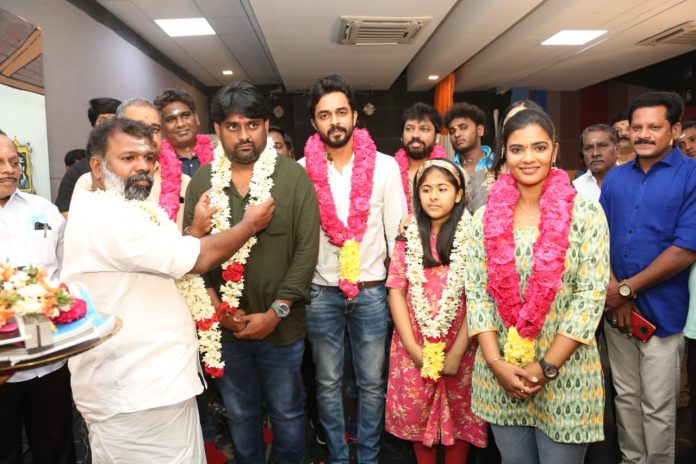 Action King Arjun has been synonymous with his high-octane crime investigation thrillers and proved his proficiency in this genre. With his filmography boasting of many such movies, he has now signed a new project, which is a CRIME THRILLER INVESTIGATION genre. The film has Aishwarya Rajesh in the female lead role.

Producer G. Arul Kumar, GS Arts, says, “It’s a Crime-Thriller Investigation story, and Action King Arjun sir appears as the investigation officer. It’s a female-centric movie set around the premise of autistic children. Aishwarya Rajesh plays the female lead role in this movie, and her characterization has substantial prominence. When director Dinesh Lakshmanan narrated the script, I completely enjoyed and found myself engaged as an audience, and strongly felt that the audience in theaters will have a fresh experience in this CRIME-THRILLER INVESTIGATION genre after a long time. Although Arjun sir has been a part of movies belonging to such genres, this will be unique and different.”