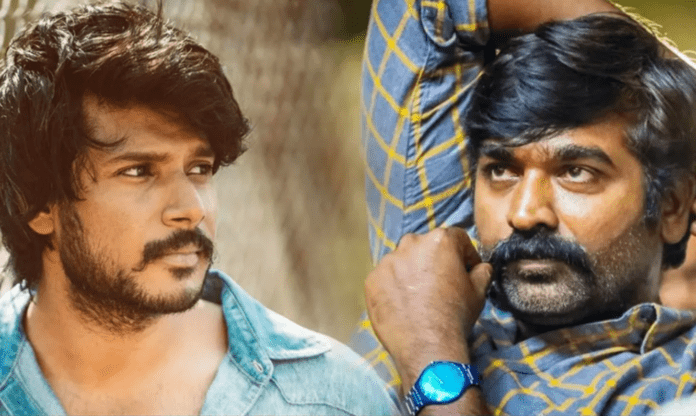 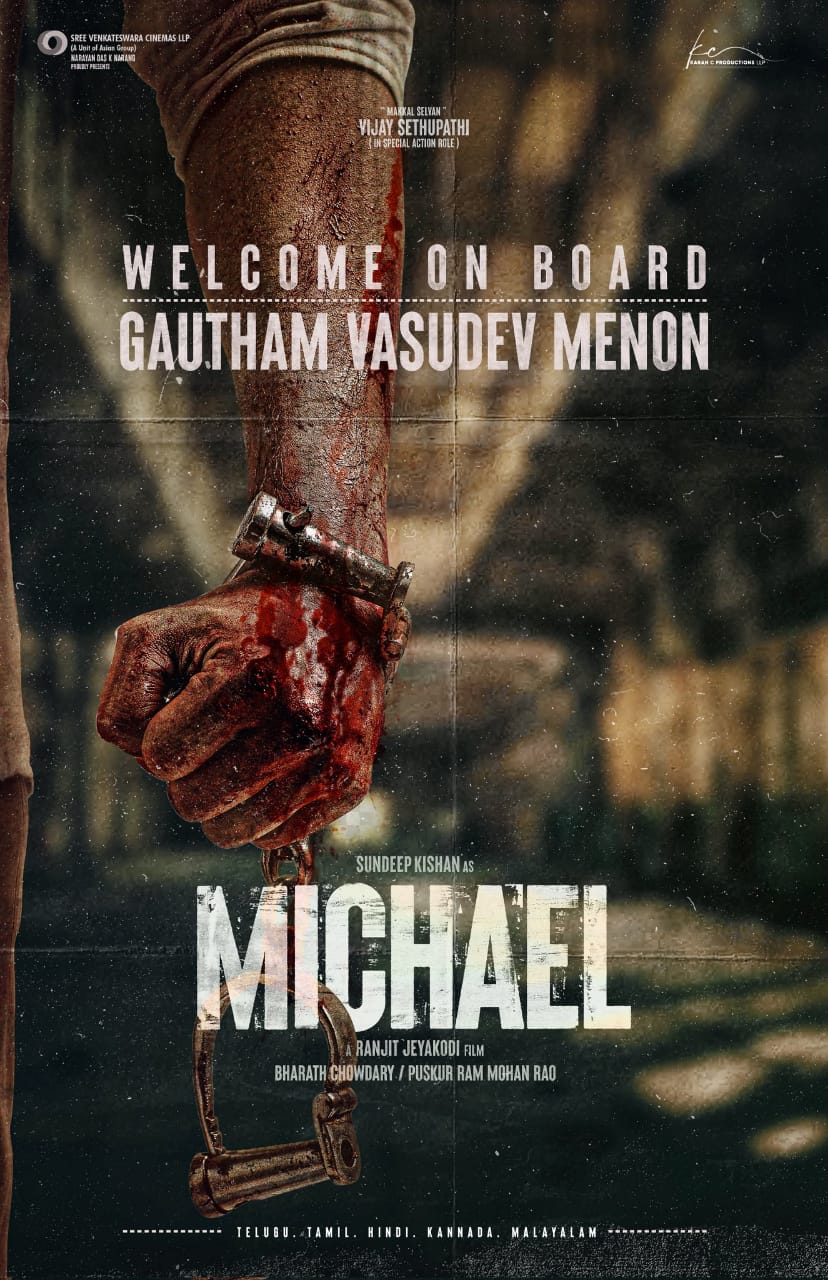 The most happening Production House Sree Venkateswara Cinemas LLP in association with Karan C Productions LLP will be making a massive action entertainer with young and promising star Sundeep Kishan playing the lead role, alongside Makkal Selvan Vijay Sethupathi in a special action role. Ranjit Jeyakodi will be directing this Pan India film to be made in Telugu, Tamil, Kannada, Malayalam and Hindi languages. 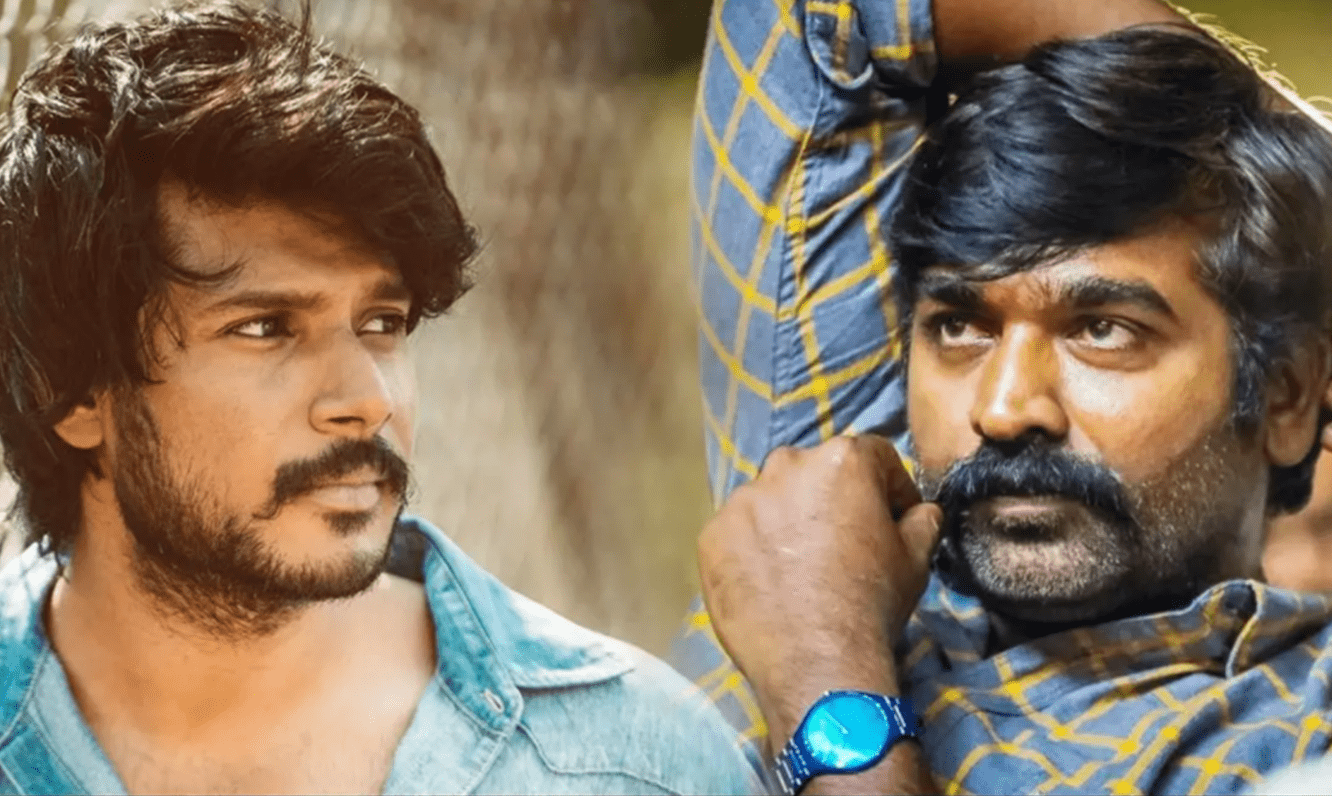 Latest update is, sensible director Gautham Vasudev Menon is on board to play an antagonist in Michael. Gautham who directed several superhit films and also showed his acting prowess in some movies and web-series is roped in for Michael. The announcement poster sees handcuffs on bloodied hand of Gautham and this gives huge raise to the character.

It’s indeed no less than a casting coupe as Sundeep Kishan, who is known for doing concept based as well as commercial films, will be sharing screen space with highly acclaimed actors Vijay Sethupathi and Gautam Menon. It will also be an eye feast to see so many powerhouses of talent together on screen.

Sundeep Kishan plays an intense and author-backed role and the film’s title poster that indicated the intensity of the character got tremendous response.

Ranjit Jeyakodi penned a distinctive script and it will remain to be a very special film for all the actors and craftsmen to be associated with it.

To be made on grand scale, Michael is a joint production venture of Bharath Chowdary and Puskur Ram Mohan Rao. Narayan Das K Narang is the presenter.