The cast and crew of Ashok Selvan-Ritika Singh starrer Oh My Kadavule scheduled for worldwide release on February 14, 2020 was present for the interaction session with press and media this evening in Chennai. Here are some of the excerpts from the event.

Actor Ashok Selvan said, “It’s an emotional moment to me as I find the whole family here on the stage has been supportive completely towards the project from the point of its inception. The friendship between me and Ashwath goes long back in time, say around 9 years. Today, our friendship has found a new meaning through Oh My Kadavule. I thank my sister Abhinaya and Dilli Babu sir for being completely trusting this project and me. I am sure OMK will be an engaging Rom-Com and audiences will walk out of theatres with smile on their faces.”

Actress Rithika Singh said, “The whole team has been supportive and sweet. I am making my comeback in Tamil film industry after a long time and it’s a special movie for me. Ashok Selvan will definitely go high on places after this movie. Vani Bhojan is such a beautiful and lovely person with good and pure heart. Director Ashwath is a big talent and his proficiency will be greatly noticed after the film’s release.”

Actress Vani Bhojan said, “Although, I have been working on many projects now, I wanted this film to release first and I am really looking forward to a successful project for each and everyone involved in the film.”

Director Ashwath Marimuthu said, “Everything looks like a dream come true now. Every time I talk about Ashok Selvan, I get emotional and there’s a big reason behind it. Few years ago, he didn’t even think twice to come back in a day after his grandfather’s funeral for the sake of my short film. Today, I feel happy and proud that I have made something productive for him. I am confident that after the film’s release, his stature will be elevated much more huge and he will be the asset to many aspiring filmmakers. Rithika Singh is such a down to earth person and she has been so much affectionate towards the film. While shooting the portions in Kerala, there wasn’t even a caravan facility and she was awesome in understanding the situation. Vani Bhojan will become much more successful actress after this film’s release. Although Dilli Babu sir and I had some misunderstandings, we are now brothers like. I thank Abhinaya for blindly trusting me and my script.”

Producer Dilli Babu, Axess Film Factory said, “Initially, I wasn’t happy with Ashwath, but sooner I became his huge fan. It’s not a common scenario, where a film’s remake happens just by watching a film’s trailer. However, I was surprised to see a prestigious banner like PVP Cinemas coming forward to remake the film in Telugu and I assure Ashwath will be directing it. I also make it official that I am ready to produce one more film for him in 2021 if he is available. Abhinaya is such a big talent and I am confident that she will continue to make big projects.”

Producer Abhinaya Selvam, Happy High Pictures said, “I thank Dilli Babu sir for paving an easy for us to get this film materialised. Ashwath has done a good job. I am keeping fingers crossed that it will be a game changer for each and everyone in the film.”

Music Director Leon James said, “When I watched the movie for re-recording, I enjoyed it thoroughly like an audience and it has lots of emotions and entertainment.”

B. Sakthivelan, Sakthi Film Factory said, “We can easily judge a film’s results with accordance to exhibitor’s expectations during pre-release and with OMK, they are very happy and excited. I also affirm that if both Axess Film Factory and Sakthi Film Factory are coming together for a project, I am ready to give the advance money now itself.” 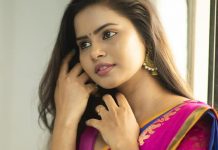 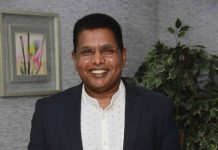