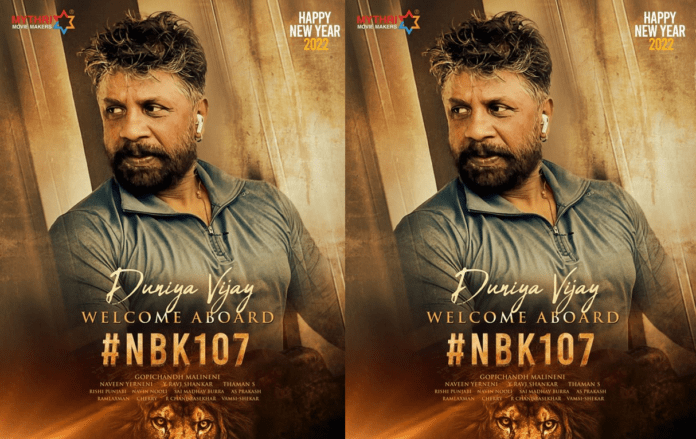 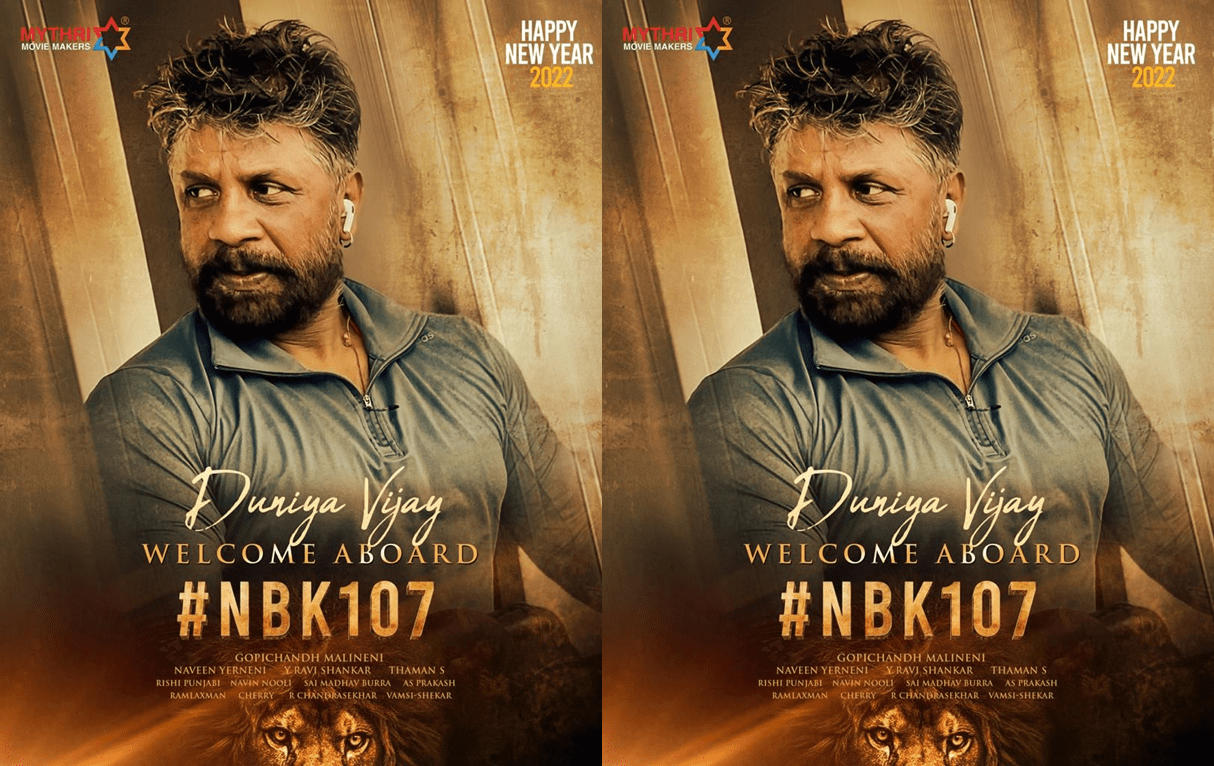 One of the all-time greatest entertainers and an irreplaceable demigod of masses- Natasimha Nandamuri Balakrishna who just scored a massive blockbuster with Akhanda will be joining forces with successful director Gopichand Malineni who delivered a smashing hit with his last directorial Krack is an expert in dealing pucca mass and commercial entertainers.

Billed to be a pucca mass and commercial film, Tollywood’s leading production house Mythri Movie Makers will be bankrolling the project prestigiously. Shruti Haasan plays heroine opposite Balakrishna in the movie. Tentatively titled #NBK107, the film was already launched in a grand manner with a pooja ceremony.

The film in the combination of the mass hero and the mass director is going to provide a full meal treat for masses. What’s more, the film will have a powerful villain. Popular Kannada actor Duniya Vijay comes on board to fight with Balakrishna in the movie. It’s a perfect launch for the actor in Telugu, as Gopichand Malineni is a specialist in showing his villains in a powerful manner. It will be interesting to see the conflict of Balakrishna and Duniya Vijay in the movie.

The director readied a powerful script for Balakrishna to present him in a never seen before look and the story is based on true incidents. Of course, Gopichand Malineni makes sure to include elements for all other sections which is why he has been delivering back-to-back blockbusters.

Naveen Yerneni and Y Ravi Shankar will be producing the film on massive scale.

Gopichand Malineni’s films are technically high in standard. And, he is taking extra care for #NBK107, in terms of artists and technicians to associate for the project.

S Thaman renders soundtracks, while Rishi Punjabi will handle the cinematography. Acclaimed writer Sai Madhav Burra provides dialogues, while National Award-Winning Craftsman Navin Nooli takes care of editing and AS Prakash is the production designer. Chandu Ravipati is the executive producer for the film that will have fights by Ram-Lakshman duo.

Regular shoot of the movie will begin from this month.