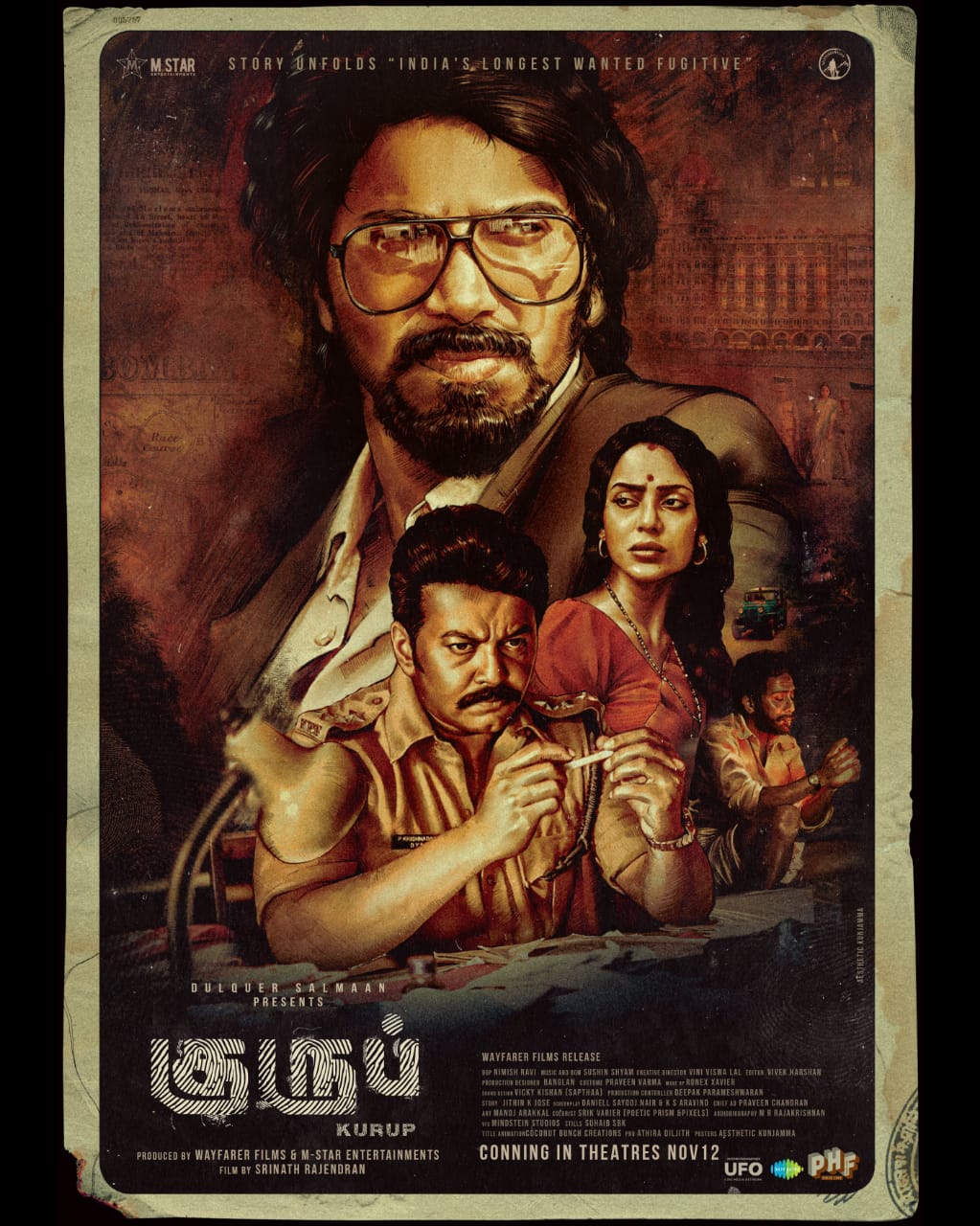 Mumbai: Second South Indian film to receive a grand theatrical release in multiple languages in the wake of pandemic-induced OTT frenzy; movie is inspired by life of India’s longest wanted fugitive Mumbai, Maharashtra, India (NewsVoir) Kurup, a real-life inspired crime drama starring Malayalam actor with a growing pan-India fan following, Dulquer Salmaan, will release in theatres on November 12, 2021 even as most bankable stars are playing safe by lapping up to over-the-top (OTT) platforms in the aftermath of the pandemic Kurup will release across 1500+ screens worldwide in multiple languages such as Malayalam, Tamil, Telugu, Kannada and Hindi. With the reopening of theatres after a long lull, audiences are flocking back to theatres to enjoy big screen experience and sound effects. 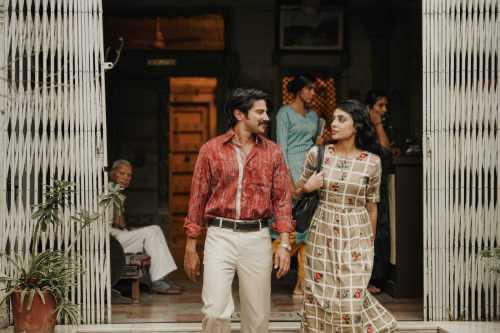 One of the most anticipated movies of the year, Kurup has reignited the excitement of watching movies in cinemas post-pandemic. Kurup’s theatrical release will give a big impetus to the revival of the theatre sector which was reeling under a crisis following the onset of COVID-19. The movie is the second South Indian film to go for a grand global theatrical release after the pandemic struck India. Taking theatres worldwide by storm, Kurup has emerged as the first Malayalam film to break geographical barriers. Film buffs across the globe have been eagerly waiting for the release of Kurup. Inspired by the life of India’s longest wanted fugitveSukumaraKurup, who was accused of murder and faking his own death, the movie is directed by Srinath Rajendran. 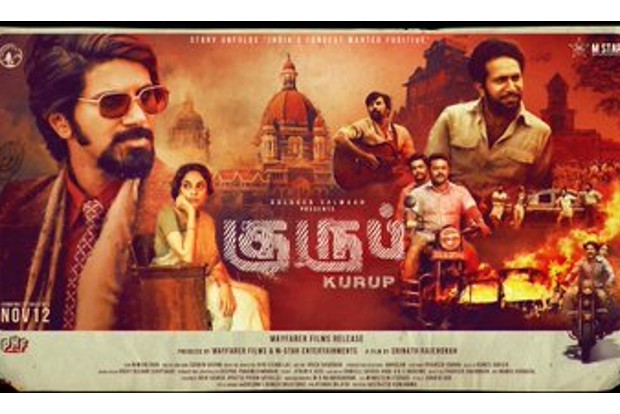 The crime drama also features a stellar cast including Indrajith Sukumaran, Sunny Wayne, Shine Tom Chacko, Sobhita Dhulipala, Anupama Parameswaran and Shivajith Padmanaban. Co-produced by Dulquer Salmaan’s own production film Wayfarer films and M-Star Entertainments, the theatrical release of Kurup was postponed several times owing to the pandemic. While an OTT release was planned, on the advice of the Malayalam Megastar Mammootty, the makers of the film decided to opt for a theatrical release. The decision is expected to do wonders for the film. ”The positive response vindicates our decision to go for theatrical release of Kurup. We are grateful to the movie lovers and cinema goers across the country for acknowledging our efforts and supporting good cinema. We are delighted to see that Kurup with its gripping storytelling and sleek production value is reviving the excitement of watching movies on the big screen in the post-pandemic phase,” said Dulquer Salmaan. The trailer of the movie was featured at Dubai’s Burj Khalifa on November 10, making it the very 1st original Malayalam movie to be featured on the world’s tallest building.