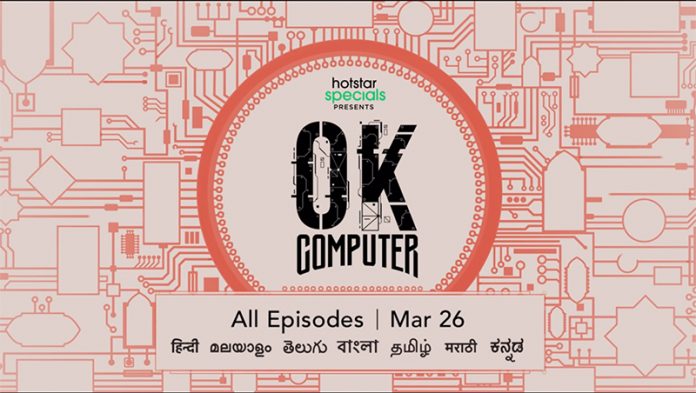 Stone-age emotions, industrial-age institutions & space-age technology – How are we going to reconcile our intentions with a future that’s arrived faster than we can imagine it?

~ Helmed by Anand Gandhi, Pooja Shetty, and Neil Pagedar, the 6-episode series presents a near future where for the first time the Homo-Sapiens meet the Robo-Sapiens~

Mumbai,The year is 2031. On a quiet, smoggy night in a quaint coastal town in North Goa, when a self-driving taxi crashes into a human pedestrian, killing him instantaneously, a vexing question presents itself to the authorities – who is to blame? Is it the CEO of the taxi company? Or the supervising programmer on the night shift? Or could it be the car itself? While the law scrambles to ascertain culpability, cyber cell agent Hari Kundu (played by Vijay Varma in fine form) discovers that this was no accident, it was a premeditated murder, only to be counter questioned by the feisty Laksmi (played by Radhika Apte) who leads a private organization for the ethical treatment of robots – PETER and firmly believes that AI is not capable of harming humans.

Helmed by the makers of the cult films Ship of Theseus and Tumbbad, Hotstar Specials OK Computer is an unconventional series that focuses on the battle between ideologies – for and against technology and poses the larger question of ‘Has AI which was created by humans, and which humans came to rely on, now stopped being a boon and has instead begun to be annoying, overpowering or harmful? Featuring an ensemble cast including Radhika Apte, Vijay Varma, Jackie Shroff, Rasika Duggal among others, OK Computer releases this 26th March exclusively for subscribers of Disney+ Hotstar VIP and Disney+ Hotstar Premium.

Speaking about the series, Producer & Co-writer Anand Gandhi said, “ Here’s a thought worth chewing on: We are closer to 2030 than we are to 2010. OK Computer is an attempt to imagine a world of our near-future together, and laugh out loud while we are at it. The show asks one of the biggest questions of this century – if AI commits a crime, who should be culpable? It asks this question with madcap humour, zany characters, and a rollercoaster epic story. It’s been my privilege to offer unprecedented stories to Indian audiences – OK Computer, like my previous work, is a small step in a completely new direction. I hope it opens up the floodgates for science fiction entertainment in India.”

You can catch the trailer here: https://www.youtube.com/watch?v=KTMNI98YVBI