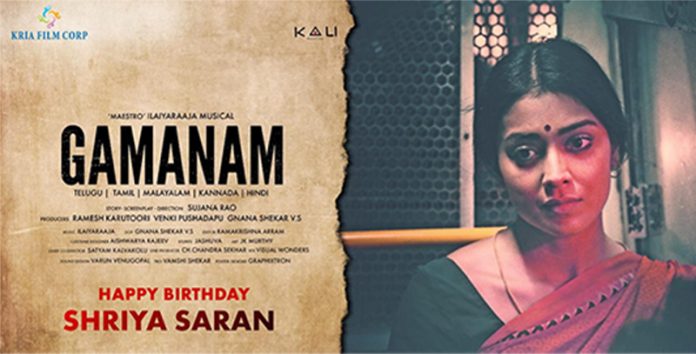 Ageless diva Shriya Saran has been in the industry for nearly 20 years and she still holds the tag of a bankable actress courtesy her charismatic face, eye-catching personality and amazing acting skills.

Shriya Saran who is regarded as one of the most talented actors in Indian cinema is back in films after taking a brief hiatus. 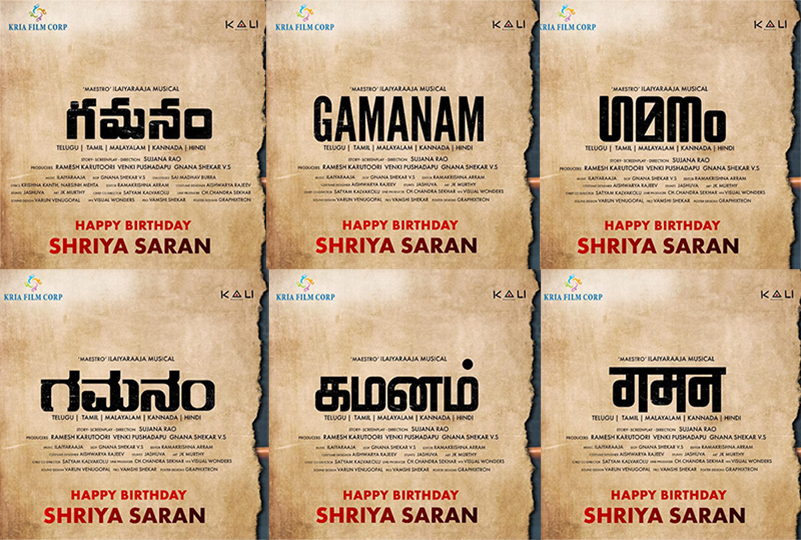 Directed by Sujana Rao, the comeback film of Shriya titled Gamanam is touted to be a real life drama and it is being made as Pan India entertainer in Telugu, Tamil, Kannada, Malayalam and Hindi languages.

Creative director Krish who cast Shriya in few of his previous films has launched the film’s first look poster today on the occasion of the actor’s birthday.

True to the character, clad in a saree, Shriya looks dejected in the first look poster. 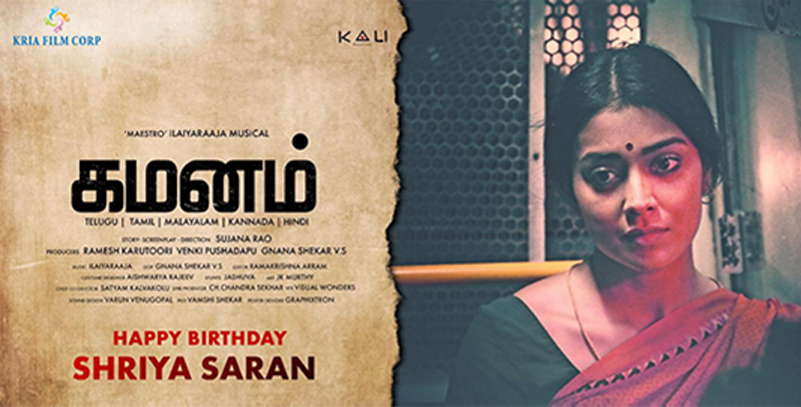 Gnana Shekar V.S., besides cranking the camera, is also bankrolling the project in collaboration with Ramesh Karutoori and Venki Pushadapu.

Entire shooting part of Gamanam has been wrapped up and post-production works are underway.

Other cast and crew details will be revealed soon.