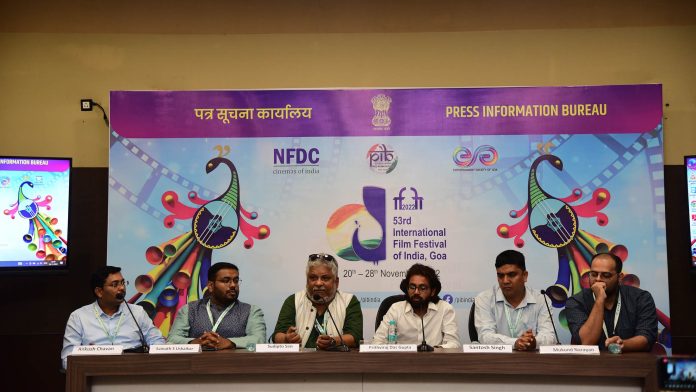 “It is as important for adults to watch children’s films, as it is for children.”- Clinton Director Prithviraj Das Gupta

“Earlier I would be angry with my parents for sending me to boarding school, now I am grateful as it helped me make my film.”, said Director Prithviraj Das Gupta while interacting at an ‘IFFI Table Talks’ session at the 53rd edition of the International Film Festival of India (IFFI). His film, Clinton is inspired from his own experiences at a boarding school in Kalimpong, West Bengal.

The film about the kindness and courage displayed by 10 year-old Clinton as he stands up to the school bully, is a lesson in how children view the world, and respond to it. Clinton is a non-feature English language film which is part of the Indian Panorama section at IFFI 53.

Director Prithviraj Das Gupta went on to say, “Only I could have told this story, as it is my reality, and I could bring an authenticity to this story.” It was the director’s second outing at IFFI, as his first film was also screened at a previous edition of IFFI.

He spoke of how he hoped that the film will be screened not only at schools but also at venues where adult audiences can watch it  He noted that it is  important for adults to see this film, and other children’s films to understand how children behave the way they do. He further said, “Often adults dismiss children’s problems, they don’t understand how important small things are for children, and the impact they leave on them.” With Clinton he hopes to capture the innocence of children on screen, and also reminisce about his childhood in Kalimpong.