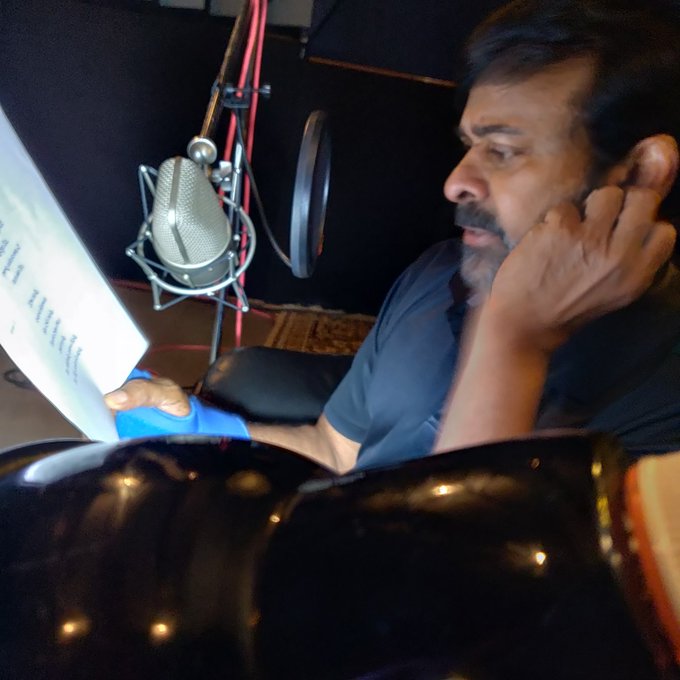 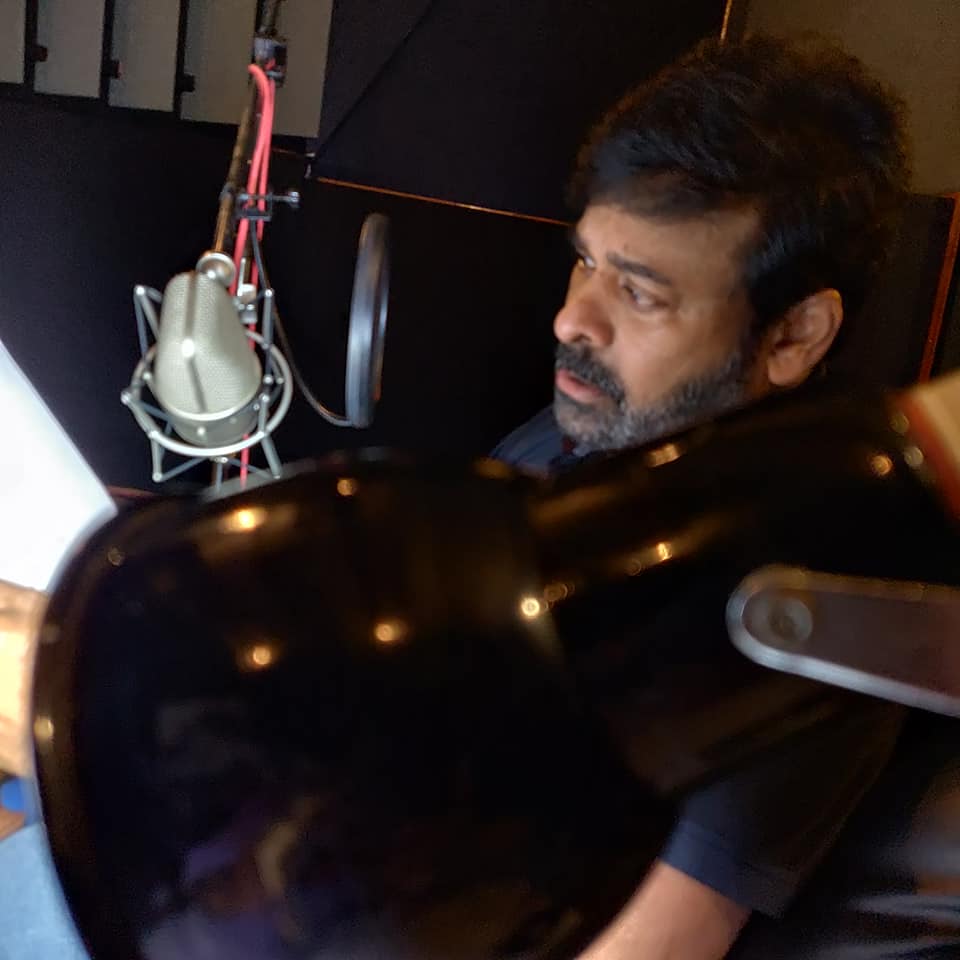 Hyderabad: Sharing his excitement about Chiranjeevi’s voice-over, Krishna Vamsi wrote, “ThQ annyya for ur generosity n unconditional kindness …one more crowned lightening on #rangamarthandas sky. THE MEGA VOICE”, on his microblogging site. The director also shared a picture, which features Chiranjeevi in front of the mic, wrapping up his dubbing for ‘Rangamarthanda’.

While Chiranjeevi had a minor surgery, it is a great gesture that he went all the way to lend his voice to Krishna Vamsi’s prestigious project. Chiranjeevi has a great line-up of movies, that includes ‘Acharya’, which is all set for its release soon. 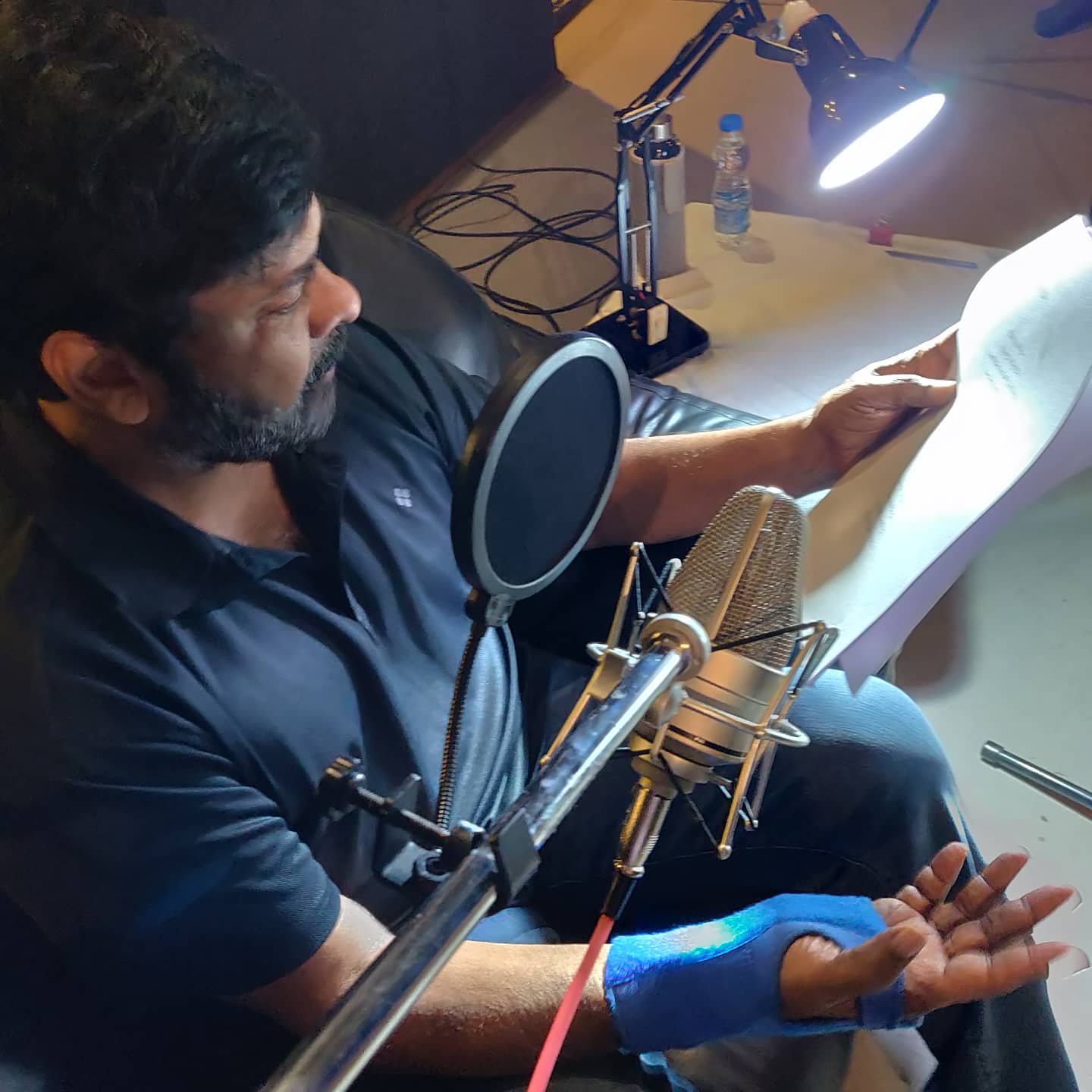 ‘Rangamarthanda’ is Krishna Vamsi’s upcoming directorial starring Ramya Krishna, Prakash Raj, Shivathmika, Adarsh Balakrishna, and Rahul Silpligunj in the lead roles. While the makers are trying to wrap up the post-production works as soon as possible, there is no clarification regarding the release date yet. 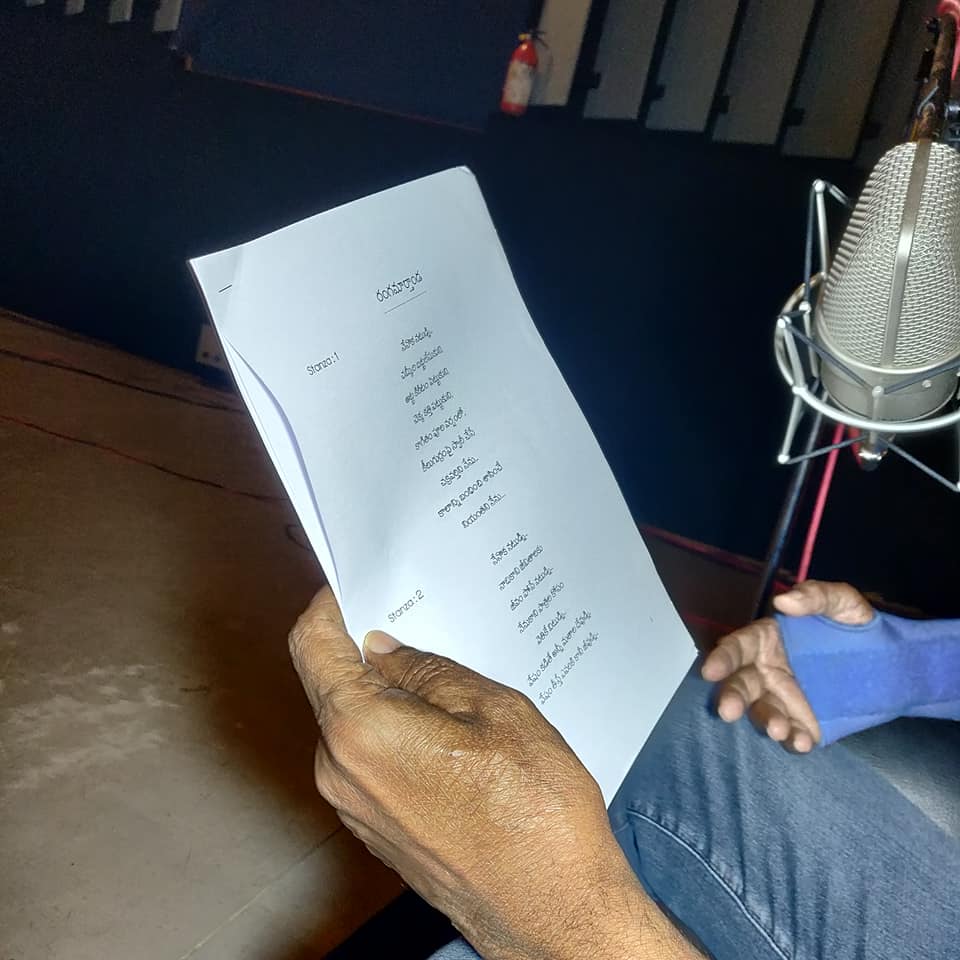