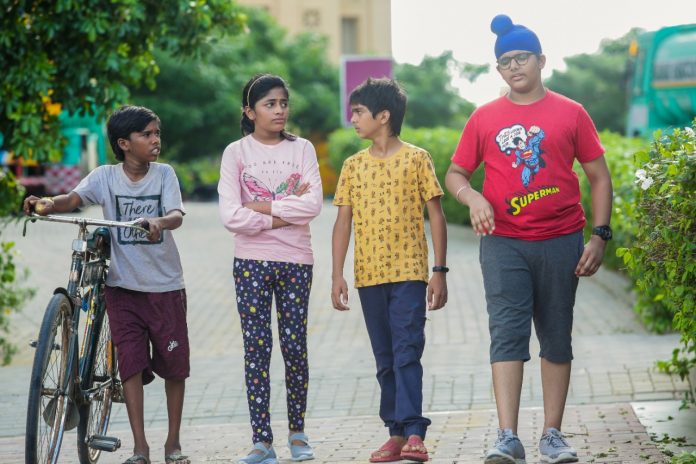 Shooting for the movie is happening at a brisk pace. Sneha, Venkat Prabhu and Yogi Babu are featured in this children’s film where the story revolves around four kids. Poovaiyar (Master), Praniti, a popular singer, Kailash Heet, a dancer and a new face Vedanth are part of the cast.

Talking about the movie, Arunachalam Vaidyanathan says, “it is normally felt that making a film with children is not an easy task. But we have made it possible by bringing out the best from the child artistes and making the whole process an enjoyable one. Each scene was rehearsed at least 20 times before it was shot.”

Focussed on kids and having children as its centre point, the film will be a wholesome treat for everyone, he says. “The project is a children’s film made with the intent of filling the huge void that exists for original Indian content dedicated to children,” adds the filmmaker.

According to Arunachalam Vaidyanathan, while the film is being made with children at its heart, it will not be reducing itself to only children. It aims to be a treat for the child in each and every one of us.

Stating that the Covid-induced lockdown has affected kids hard, Arun Vaidyanathan says even OTT platforms have not catered to their needs fully. “This film will fill the gap. We are planning to screen it in many international film festivals too,” he says and adds that the film will hit the screens as a summer delight to children.

Though I had penned the film’s script along with Anand Raghav before the pandemic, I feel now is the right time to make it as a movie. “There is no scarcity for love” will be its core theme, concludes Arun Vaidyanathan.

The film’s camera department is handled by Sudharshan Srinivasan, music by Veena Maestro Rajhesh Vaidya, editing by Sathish Suriya and art direction by Aaru Samy. Shot Boot Three is produced by Universe Creations founded by Arunachalam Vaidyanathan who is wielding the megaphone as well.