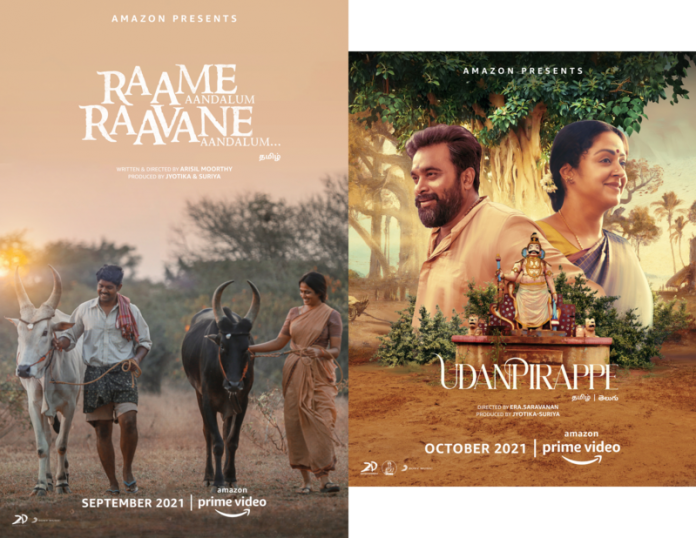 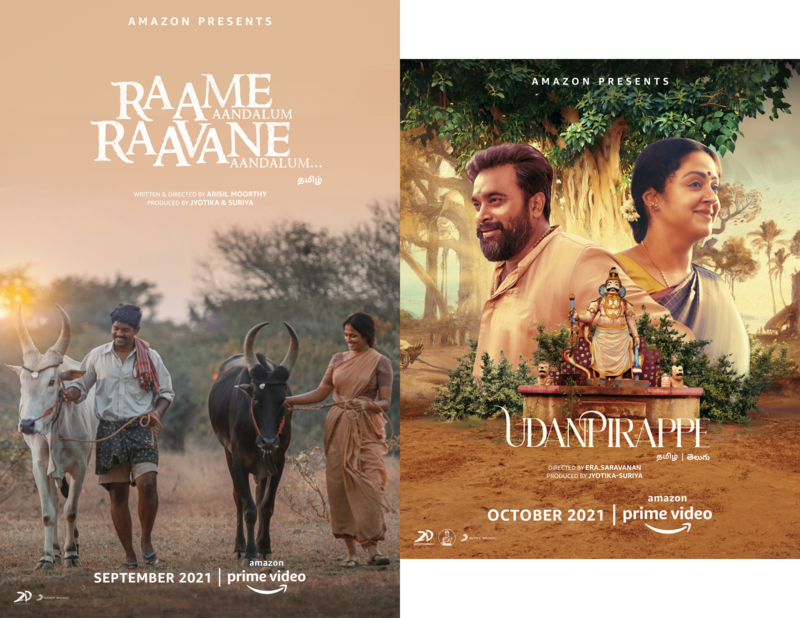 The movies feature some of the most respected talent from the Tamil film industry along with fresh faces. The technical crew also brings together new talent and well-known names in the industry.

Mumbai, INDIA, 05 August 2021 – Amazon Prime Video India today announced a first-of-its kind exclusive deal with Suriya’s 2D Entertainment. As part of this collaboration, the next four Tamil movies from 2D Entertainment will premiere directly on Prime Video worldwide, over the next 4 months. Delivering on its commitment to program for the diverse entertainment choices of Indian consumers, this association will further strengthen the Tamil language content portfolio on Amazon Prime Video, bringing the best of homegrown stories to a global audience.

“At Prime Video, we have one of the largest libraries of Tamil movies in the country,” said Vijay Subramaniam, Director and Head of Content, Amazon Prime Video. “We are thrilled to kick-start this milestone collaboration with Suriya’s 2D Entertainment, which will bring the next four, highly awaited movies, from 2D Entertainment directly to the safety and comfort of consumer homes globally. This association comes on the back of the incredible love that 2D Entertainment’s Soorarai Pottru and Ponmangal Vandhal received from audiences worldwide. Our local language movies, over the past year, have broken viewership records to register 50% of audiences outside their home state. International viewers accounted for up to 20% of total audiences of local language direct-to-service films. We are thrilled to lead the charge by enabling great, home-grown, local language stories find audiences across the world, made possible because of our strong relationship with creative powerhouses such as 2D Entertainment.”

Suriya, Founder of 2D Entertainment, Producer & Actor said, “The past year has been transformative. Given unprecedented circumstances, we innovated on different models of release. Amazon emerged as the chosen streaming service for 2D’s latest film launches. From Ponmangal Vandhal to Soorarai Pottru, these beautiful tales found audiences and resonance not just in India, but across the world. We are happy to take this collaboration even further with Amazon Prime Video.”

Sneak-peek into the upcoming 2D Entertainment slate of titles: 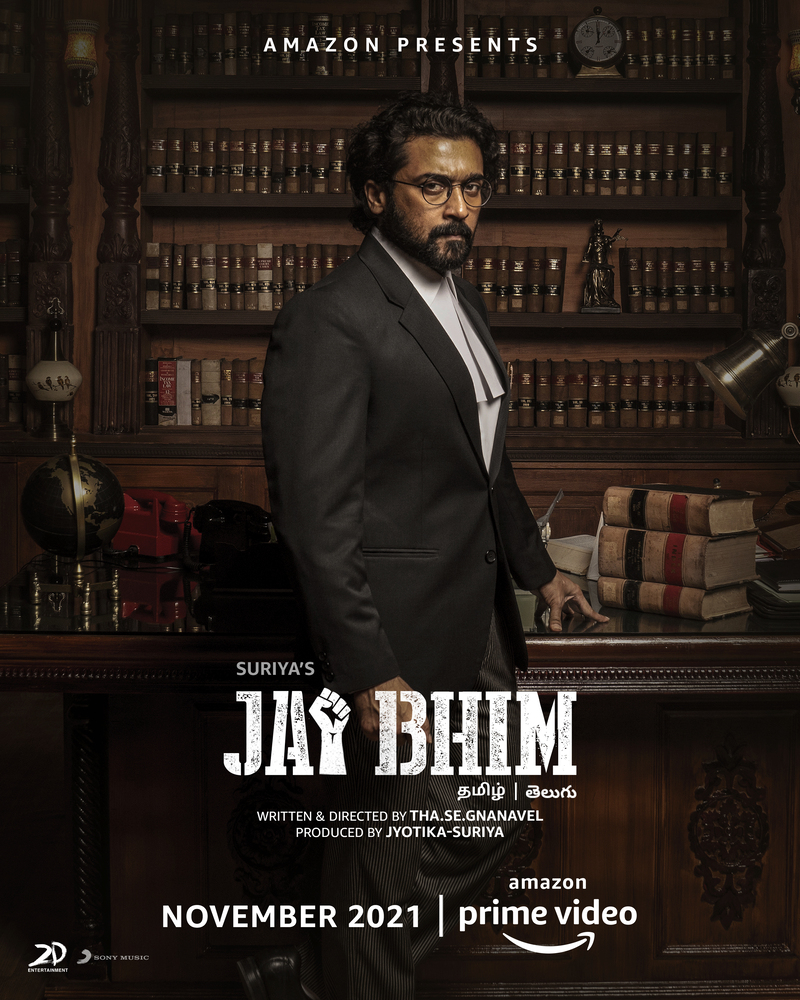 Jai Bhim (November 2021)
Directed by Tj Gnanavel, Jai Bhim is a murder mystery that highlights the story of a tribal couple Senggeni and Rajakannu who have great affection and love towards each other. Rajakannu is arrested on false charges by the Police, and he goes missing from the Police Station. Senggeni starts searching for her husband. She seeks the help of Chandru, a famous High Court lawyer, who takes up this challenging case to get justice for the innocent tribal woman. Will Chandru succeed in his endeavor? DOP – SR. Kadhir, Music – Sean Roldan, Art – K. Kadhir, Editor – Philomin, Costumes – Poornima Ramasamy. 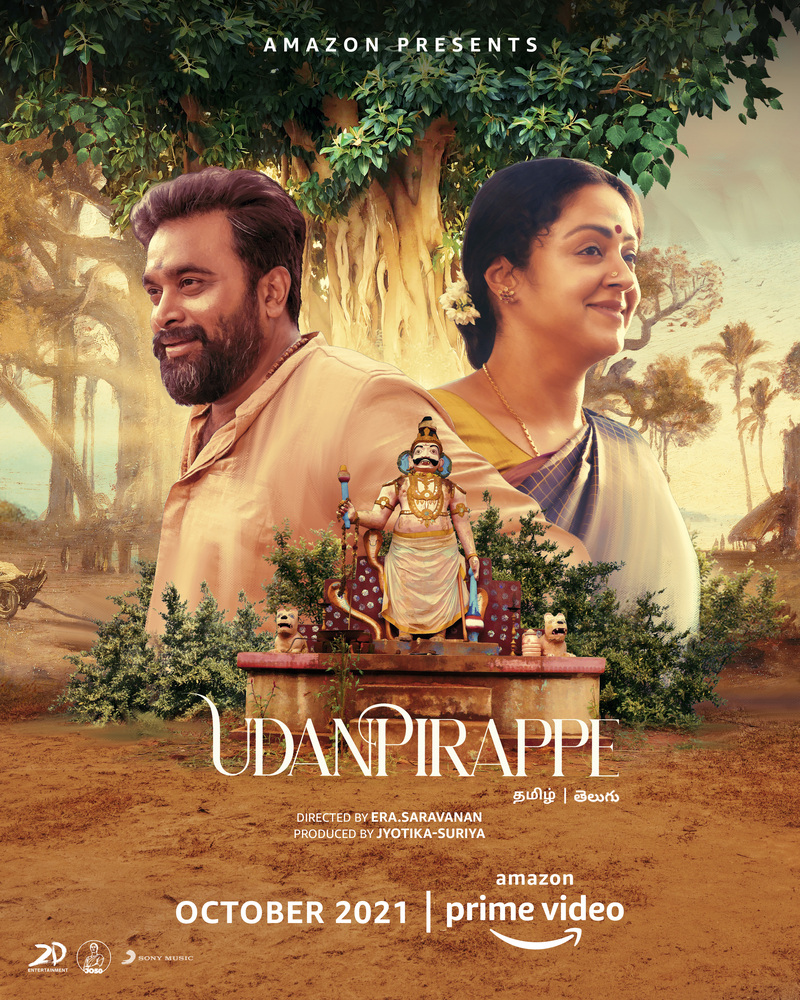 Udanpirappe (October 2021)
Directed by Era Saravanan, Udanpirappe showcases the epitome of unconditional love between the siblings, Vairavan and Mathangi who are separated due to difference in opinion. While Vairavan believes justice must be fought over, Mathangi’s husband Sargunam insists on going by the law diligently. Over the years, the rift between them aggravates and all attempts by Mathangi to unite the family turn futile. In the end, will Mathangi unite her family in this emotional family drama? Music – Imman, DOP – Velraj, Editor – Ruben, Art – Mujipur, Costumes – Poornima Ramasamy. 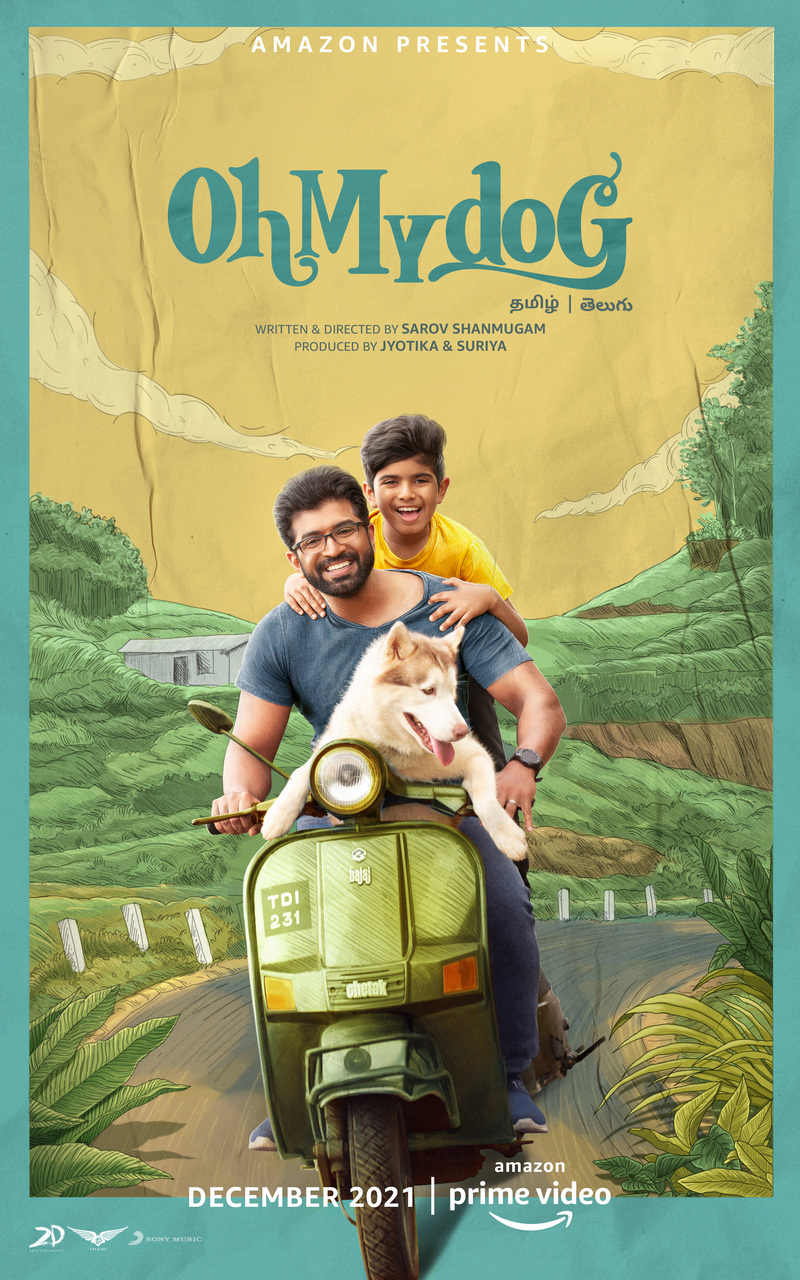 Oh my doG (December 2021)
Directed by Sarov Shanmugam, this movie is a scintillating magical film for children that talks about their world, their desires, courage, friendship, unconditional love, bravery and loyalty. A pup is ordered to be killed by its breeder, because of a congenital defect. But it eventually escapes from the killers. On the other side, is a boy, hated by everyone – he is not a good student, nor a lovely boy next-door but a very happy- go-lucky kid. The pup and the boy meet – will they end up winning the hearts of others and prove themselves worthy? That premise forms the crux of the story. DOP – Gopinath, Music – Nivas Prasanna, Editor – Mega, Art – Michael, Costumes – Vinothini Pandian. 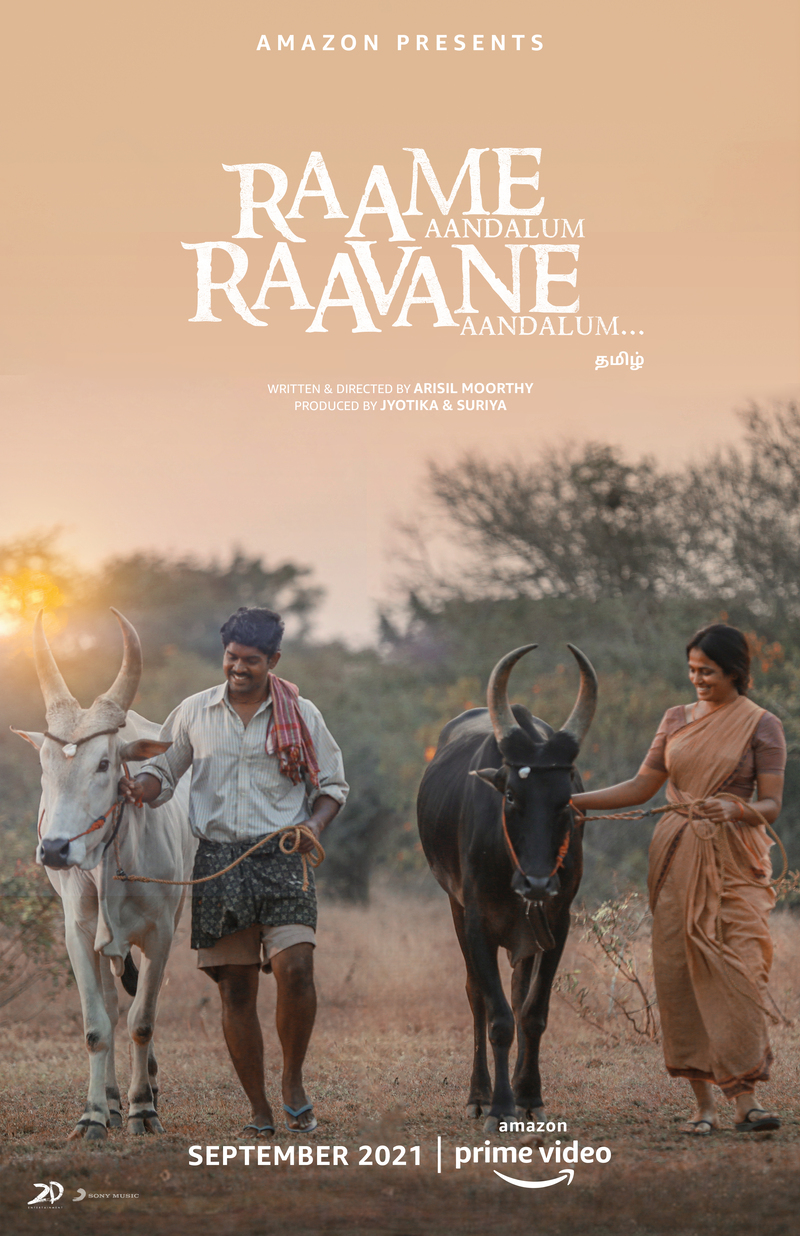 Raman Aandalum Ravanan Aandalum  (September 2021)
Directed by Arisil Moorthy, this comedy drama is about a village that is breaking news on all television channels across India, but the people of that village don’t have electricity to watch TV. Kunnimuthu, a 35-year-old innocent farmer loses his bulls named Karuppan and Vellaiyan, who were like children to him and his wife Veerayi. While he starts searching for his bulls with his friend Manthinni, he accidentally meets Narmatha a reporter, who helps him. In midst of a great struggle, the bulls will have to be found and the village must be developed as well! DOP – Sukumar, Music – Krish, Editor – Saravanan, Art – Mujipur, Costumes – Vinothini Pandian.