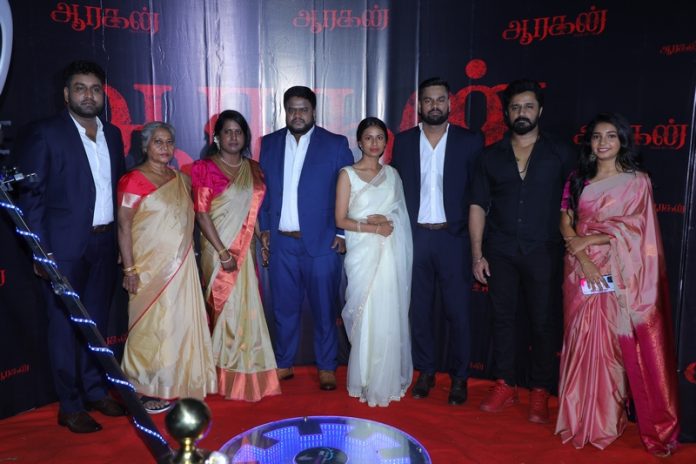 The event was graced by the film’s cast and crew along with the special celebrities from the industry including director Perarasu, Subramaniam Siva, Lyricist Sneghan, young actors Master Mahendran, Saran Sakthi, writer Prabhakaran, actress Komal Sharma and many others. 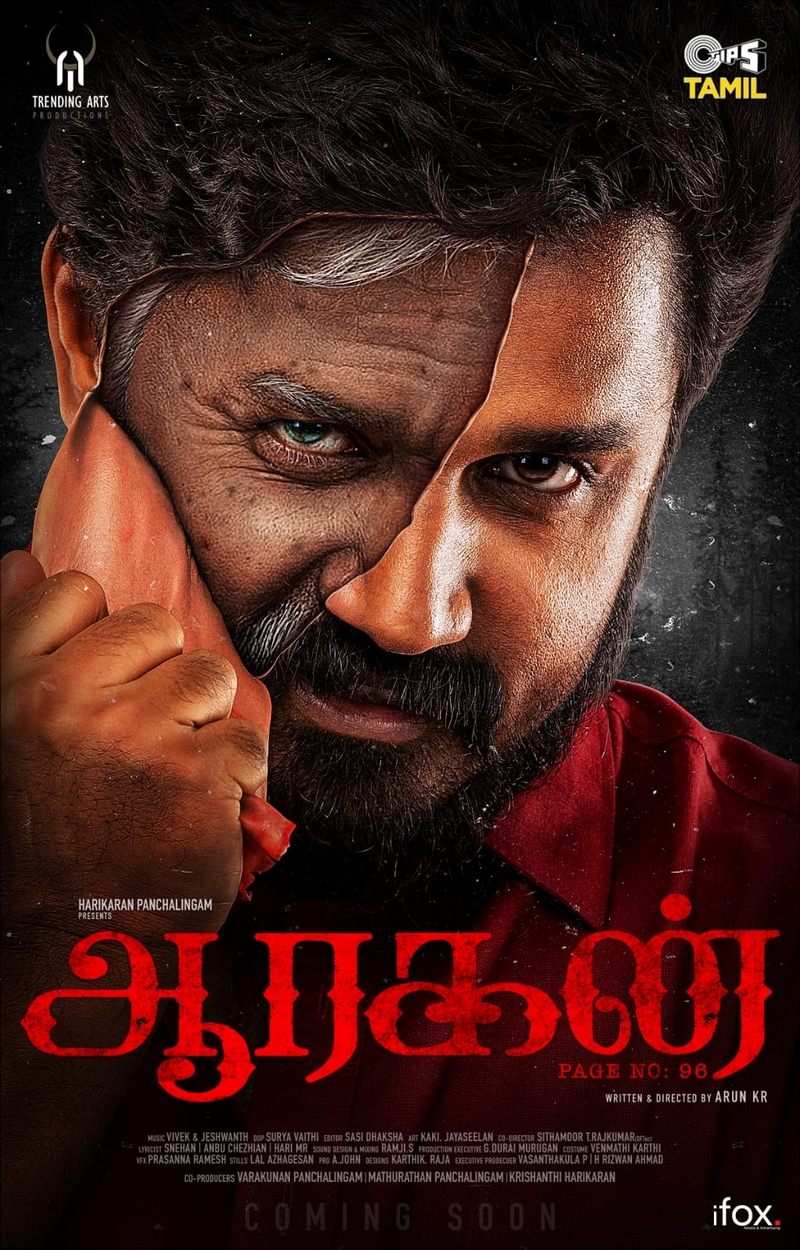 The film’s teaser was launched by Kamaladevi, mother of film’s producer Hariharan Panchalingam and his brothers Varagunan Panchalingam, Madhuradhan Panchalingam, which was received by director Perarasu and other chief guests, who were present for the occasion.

During the beginning of this event, the team gifted a Ponniyin Selvan novel and a couple of saplings to the chief guests, who attended the event.

Director Arunkumar said, “This is my first movie as director. During the COVID 19 situation, I couldn’t meet the director in person, and hence narrated the entire script through the video call, and got his approval. In spite of not meeting me in person, he believed the substantial value of this script, and gave a nod to produce it. Hence, I would call him as angel sent by the God. There is a particular scene in the movie, where actor Michael Thangadurai had to movie through a narrow and steep cave, for which, he took excruciating efforts for the finest output. While shooting the film inside the deep rooted forests, he fell sick, and despite this challenge, he gave the best performance. The film is a fantasy thriller. The song ‘Neethaane’ written by Sneghan sir is something that I keep listening over and again.” 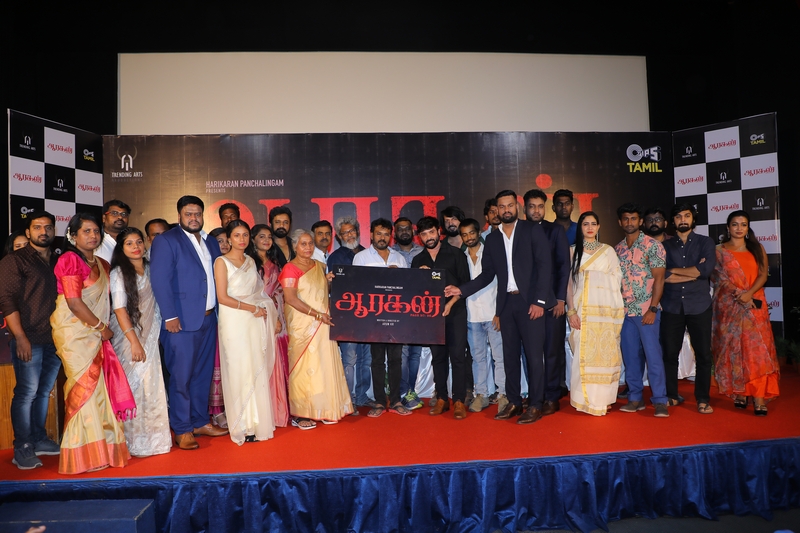 Actor Michael Thangadurai said, “I got the opportunity to act in this movie through Raju, co-director of my previous movie ‘Oomai Senaai’. I have completed 15 years in the movie industry and I am constantly giving the best of my hard work. I believe, I will the reap the harvest of good results with this movie.”

Producer Varagunan Panchalingam said, “We have producing a couple of English short films for our production banner. We decided to make a Tamil movie that exhibits the essence and value of Tamil nativity and wanted to shoot the entire project in Tamil Nadu alone. We believe audiences, press and media will support our attempts.”

Master Mahendran said, “These days, the number of producers is getting reduced, which becomes a heavy challenge and barricade for actors like me and Michael Thangadurai. The pains, pathos and challenges I have faced are more similar to that off Michael Thangadurai as well. I believe both of us will definitely deliver hits in the future. It’s elating to hear that Tips Music that has acquired the album rights of Ponniyin Selvan has acquired the music rights of this movie as well.”

Actress Komal Sharma said, “Tamilians are not the ones, who reside in Tamil Nadu alone, but who reside in foreign countries, and still don’t give up their mother tongue. There is always a proven theory that those who have crossed the seas have been victorious. Significantly, the producers of ‘Aragan’ will face phenomenal results with this movie and the entire team is going to taste success with this movie.”

Director Subramaniam Siva said, “Two icons have escalated the value of Tamil cinema. One is Superstar Rajinikanth and another one are the World Tamilians, who have crossed the oceans and settled in the foreign lands. Usually, the Tamilians from foreign countries producing movies here aren’t up to the mark. Although, they arrive here with the good vision and intentions, they don’t have a strong and substantial team to executive the projects here. I can see that this movie will change the scenario and set to be a good blueprint for other producers as well.”

Director Sneghan, who has written a song for this movie said, “When director of this film approached me for penning lyrics, he had an assumption of getting me on board with a budget that he has already fixed in his mind. I would like to make clear that from the time of writing songs for Rs. 500 to charging Rs. 3Lac today, I have been writing songs for cinema alone, and not for the sake of money and actors. Even now, I have been writing lyrics without any remuneration for 3 out of 10 movies.

We should address Eelam Tamilians as World Tamilians, which I believe is the right term. I literally got frightened after listening to this film’s script. I have had a great experience of witnessing miracles performed by Siddhars at Sadhuragiri Hills. It was during that point of time, I realized that even plants and flowers have magical energies. It’s great to see such moments registered in this film as well.” 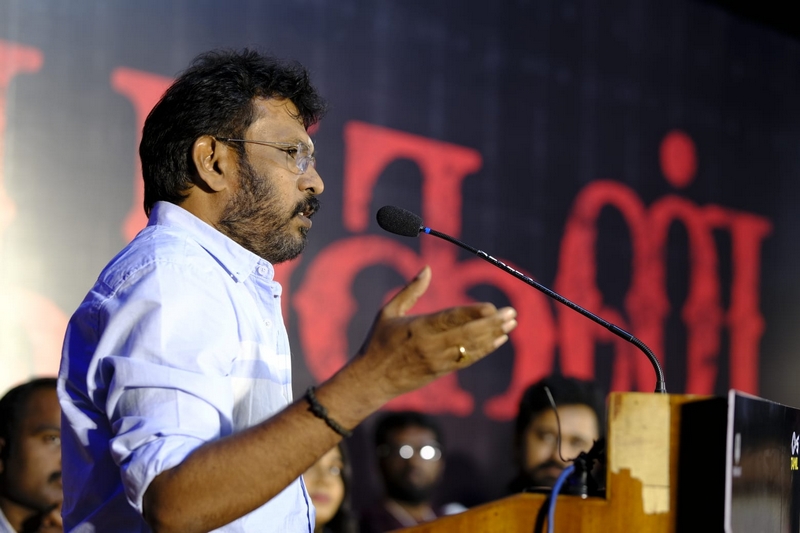 Director Perarasu said, “The grand release of Ponniyin Selvan is an important event for the entire Tamil film fraternity. It is not just a movie, but a great achievement, the accomplishment of a challenge that many big names like MGR, Kamal Haasan had attempted and couldn’t make it. It’s great to see that Mani Ratnam sir has accomplished this herculean challenge. While directing my movie Thirupachi, I wanted Sneghan to write lyrics for the songs. While approaching him, I had written dummy lyrics to give an idea about the kind of lyrics, I am expecting. However, after reading those lyrics, he suggested to retain the same lyrics, and gave me an opportunity to become a lyricist as well.”

*Director Subramaniam Siva had mentioned here that Tamil Nadu has seen a phenomenal growth over the past 50 years due to the realms of Dravidian principle, which I believe isn’t true. Tamil Nadu has progressed due to the greatest dedication of Tamilians alone. The emblematic icons like Perarignar Anna and Kalaignar Karunanidhi escalated our values through the valuable Tamil , and now with Dravidian essence. It’s great to see that many from the outside and International industry are coming down to Tamil Nadu for shooting movies, but it’s disappointing to see that we are stepping out and moving outside for the same.

Actress Kavipriya owns the beauty of a family girl and has good charisma. In the recent times, we have been coming across the incidents, where the actresses with good family girl looks are posting glamorous posts on Instagram. It’s disheartening to see such moments, where such actresses have earned the respect of family audiences, and are suddenly transiting for this changeover. I strongly believe, they shouldn’t opt for such changes as audiences and fans will start having aversion upon them, which in turn, will devastate their market.

During my initial days in film industry, I have faced lots of resentments and humiliations, while approaching many to narrate stories and direction. However, it’s surprising to see that the director of this movie has clasped the golden opportunity merely through a video call. This is the first victory of director Arun Kumar.”

Producer Hariharan Panchanlingam said, “I got acquainted with director Arun Kumar through Facebook. He used to share some interesting facts and things about the movie industry now and then. Later, I discussed the film’s script on video call. I liked the basic premise of this script, especially the fantasy thriller elements. I am a hard core of good stories. Since, we have already produced a couple of short films in English, we have given more importance to Tamil with the production of this movie. Rizwan and Vasantha have been great support in materializing this project. Vivek-Jaswanth, the twin music directors are sure to scale great heights in the music industry. This is reason why Tips Music that has acquired the big chartbuster albums like Ponniyin Selvan has shown interest on this album as well.”