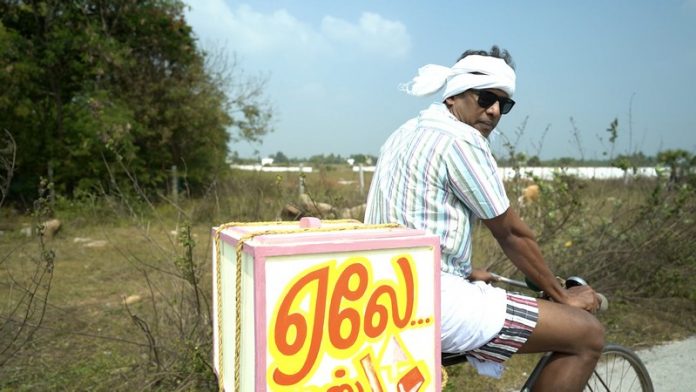 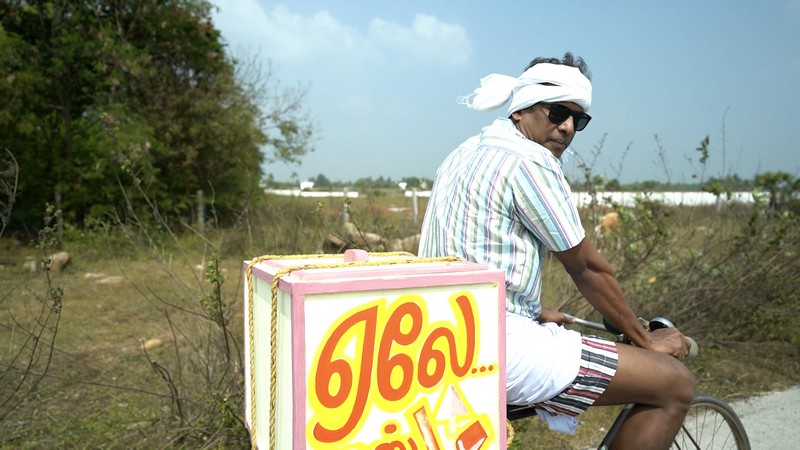 As part of the promotional activity, he was spotted in his look from the film, selling “Kuchi Ice” placed inside ‘Aelay Ice Vandi’, (a cycle fitted with a cooler box) at Thiruthani Murugan Temple. The entire town of Thiruthani was bustling with activity as it was the holy “Thai poosam” day and the team aptly selected these places to reach out to audiences in the flavour of the film itself. The crowds were taken by surprise when they spotted Samuthirakani selling Ice and within few seconds he was surrounded by a large crowd of excited fans. However, the actor was in his element and extended a friendly gesture, distributed popsickles and had a fun interaction with tourists and locals.

Later, he continued the promotional tour by having a similar act at the Siruvapuri Balamurugan Temple as well, where the response was equally phenomenal.

Samuthirakani and the entire team of Aelay are elated after kickstarting the promotions on a successful note, especially on the auspicious occasion of Thai Poosam.

Actor Vijay Sethupathi earlier posted a sweet video clip speaking about an interesting episode from his relationship with his father, ahead of releasing the Trailer of the film – which has opened to great positive response and critical acclaim. 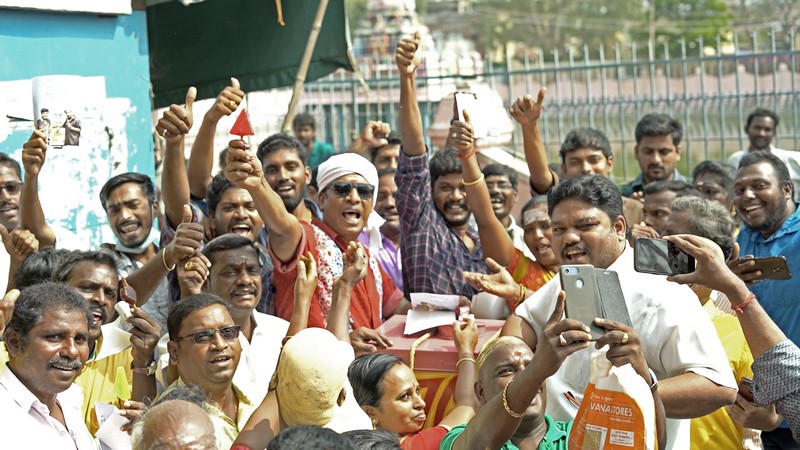 Scheduled for a worldwide release on February 12, 2021, the film is presented by YNOT Studios & Reliance Entertainment, Produced by S.Sashikanth and co-produced by Chakravarthy Ramachandra.