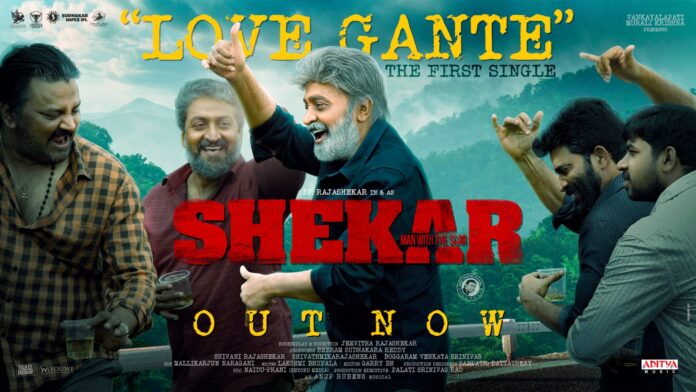 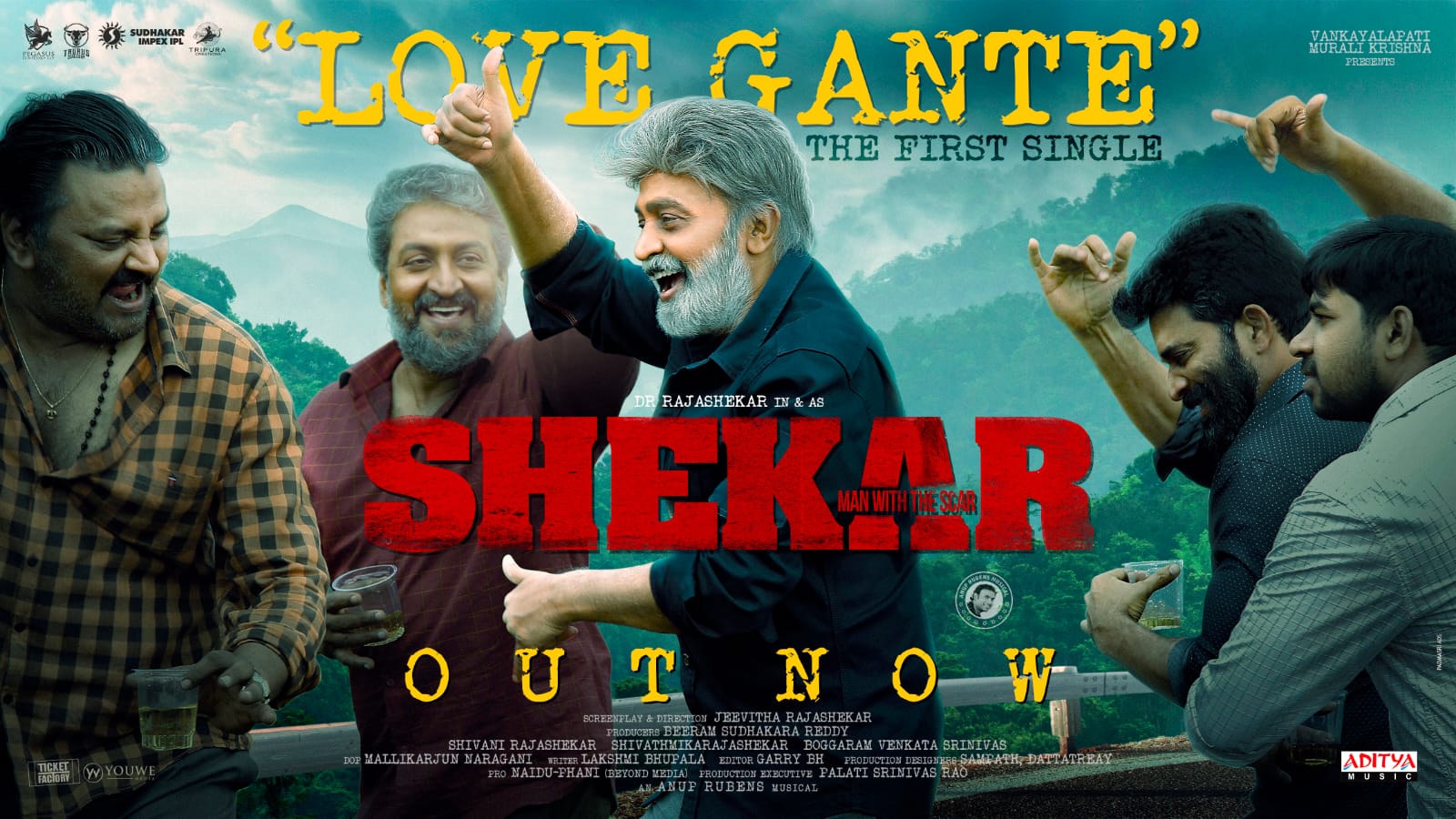 The song begins with the voiceover “Orei Nee Love Story Cheppura”. With the Music sensation Anoop Rubens catchy Tune, Chandrabose’s lyrics added soul to the “Love”ly Song. This song was sung by Vijay Prakash, Anoop and Rewanth.
Courtesy of Salt and Pepper look in the lyrical video of the song “Love Gante Mogindanta”, Rajasekhar is Looking different from his previous films. Mallikarjun’s camera visuals give fresh feel.

“Already released promotional Posters and First Glimpse received a fantastic response from the audience. Now the first single is getting same amount of Love from them. Post-production work is currently in the final stages. We’re preparing to release it soon.” added by the Director Mrs. Jeevita RajaSekhar on the ocassion of First Single Release.